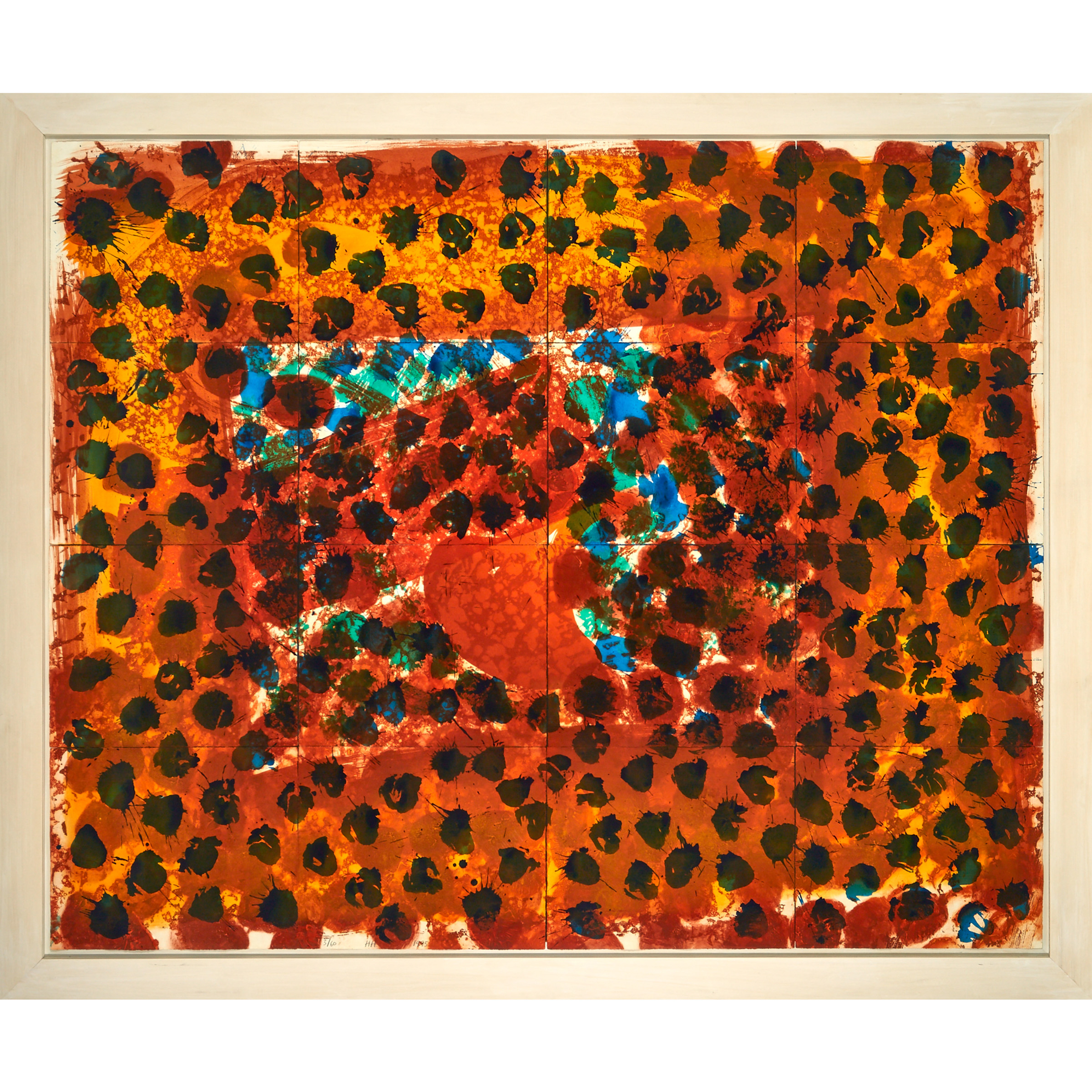 Lift-ground colour etching and aquatint with carborundum on sixteen sheets of torn Velin Arches 300 gsm paper with additional handcolouring; signed with initials H.H., dated 1995 and numbered 3/60 in pencil to the bottom left sheet, second from the left. There were also 5 printer’s proofs and 14 artist’s proofs.
Printed and hand coloured by Jack Shirreff at the 107 Workshop, Wiltshire. Published by Alan Cristea Gallery, London.
Overall Image 64 x 78 in — 121.9 x 149.9 cm

Collection of Dr. and Mrs. J. Robert Nicholson, London, ON