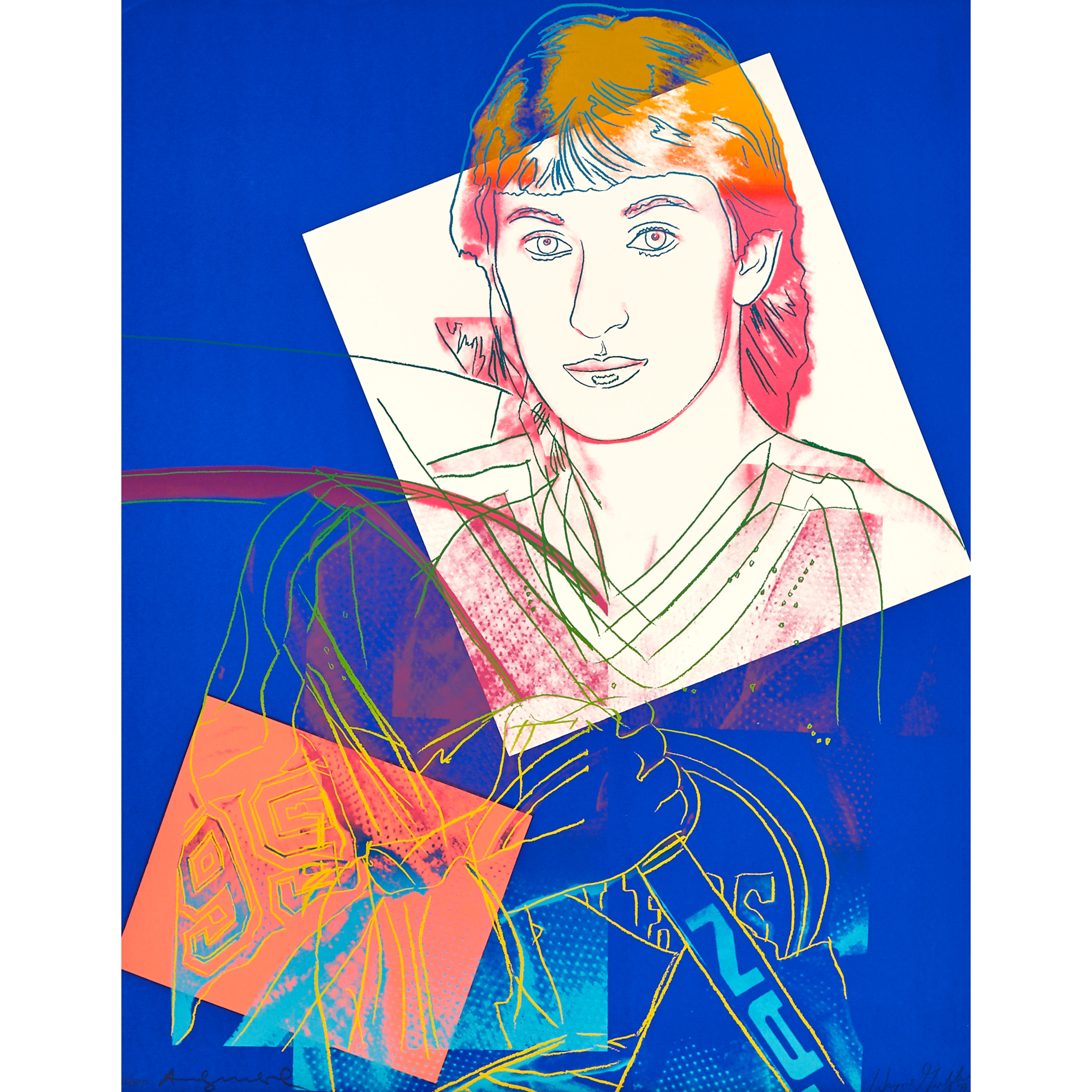 Colour silkscreen printed to the edges on Lenox Museum board; signed by Andy Warhol and numbered 273/300 in gold pen and ink to lower left edge, also signed by the sitter: "Wayne Gretzky/ 99" in pencil to lower right edge. There were also 50 artist’s proofs. Printed by Rupert Jasen Smith, New York. Published by Frans Wynans, Vancouver.
Sheet 40 x 32 in — 101.6 x 81.3 cm

The epitome of stardom for any mid-20th century celebrity was having their portrait done by Andy Warhol. “The Great One” had the honour in the 80s, which helped draw attention to the Canadian art market. The composition is very unique in comparison to Warhol’s range of silkscreen prints – exhibiting a collage-like style, the focal point being a portrait of the young budding hockey star positioned onto a white background. While the supporting details of Gretzky’s uniform are muted, the silkscreen process comes alive through the swatches of orange and blue neon hues, creating a rich pastiche of texture and colour. Not only does Warhol’s neon palette exude the decade’s prevalence of bold colour, but the silkscreen application is reminiscent of spray paint, a medium that was also gaining traction. During this time, Warhol worked closely with young artists, including collaborating with Jean-Michel Basquiat, whose artistic influence can be seen in this print.