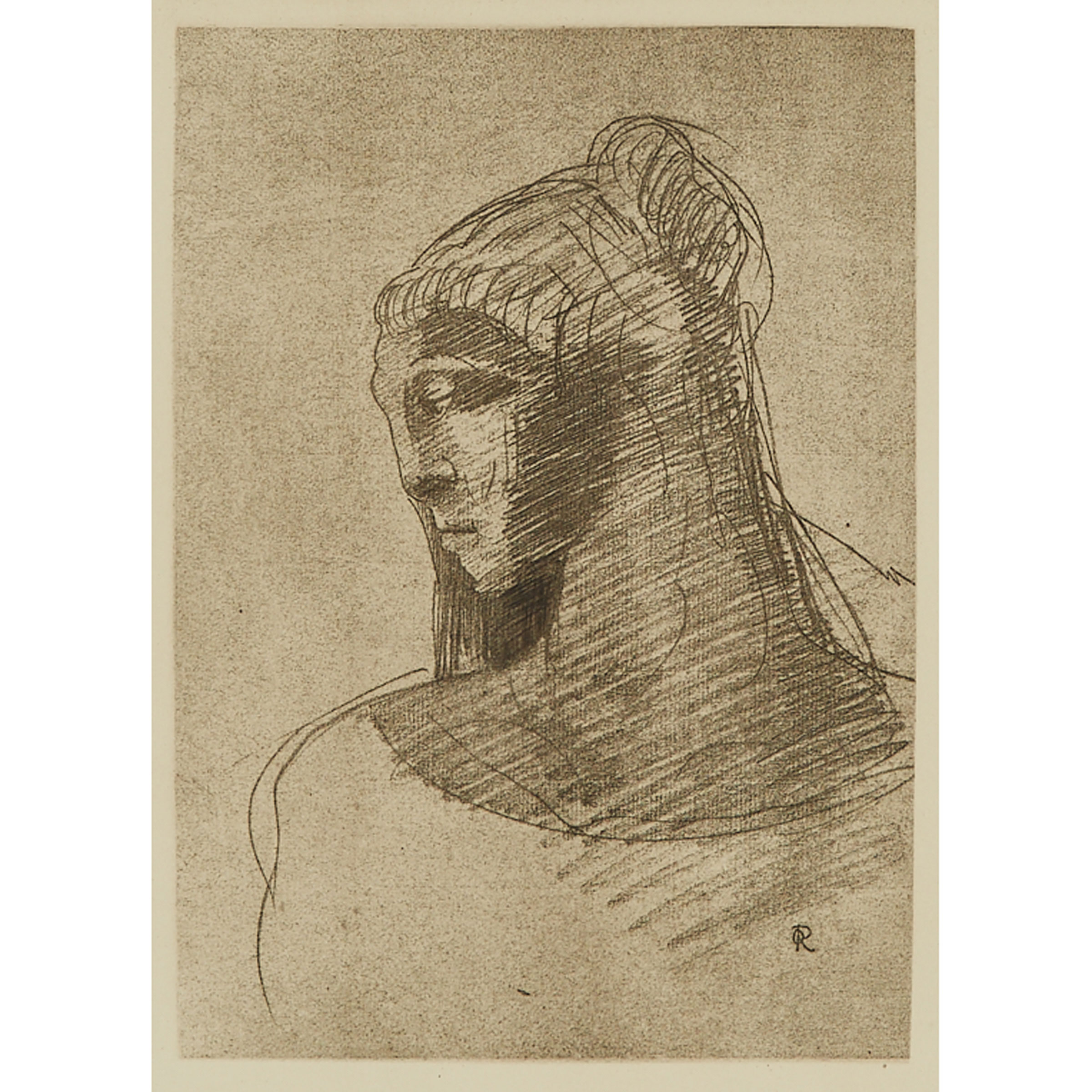 The series of original drawings for “Les Fleurs du Mal” was first exhibited at the Salon des XX in February 1890, and then "reproduced" full size for the edition by the Evely process. Republished later by Henri Floury (Paris, 1923). The plates were unnumbered, and without the typographic text below the plates as in these two examples.