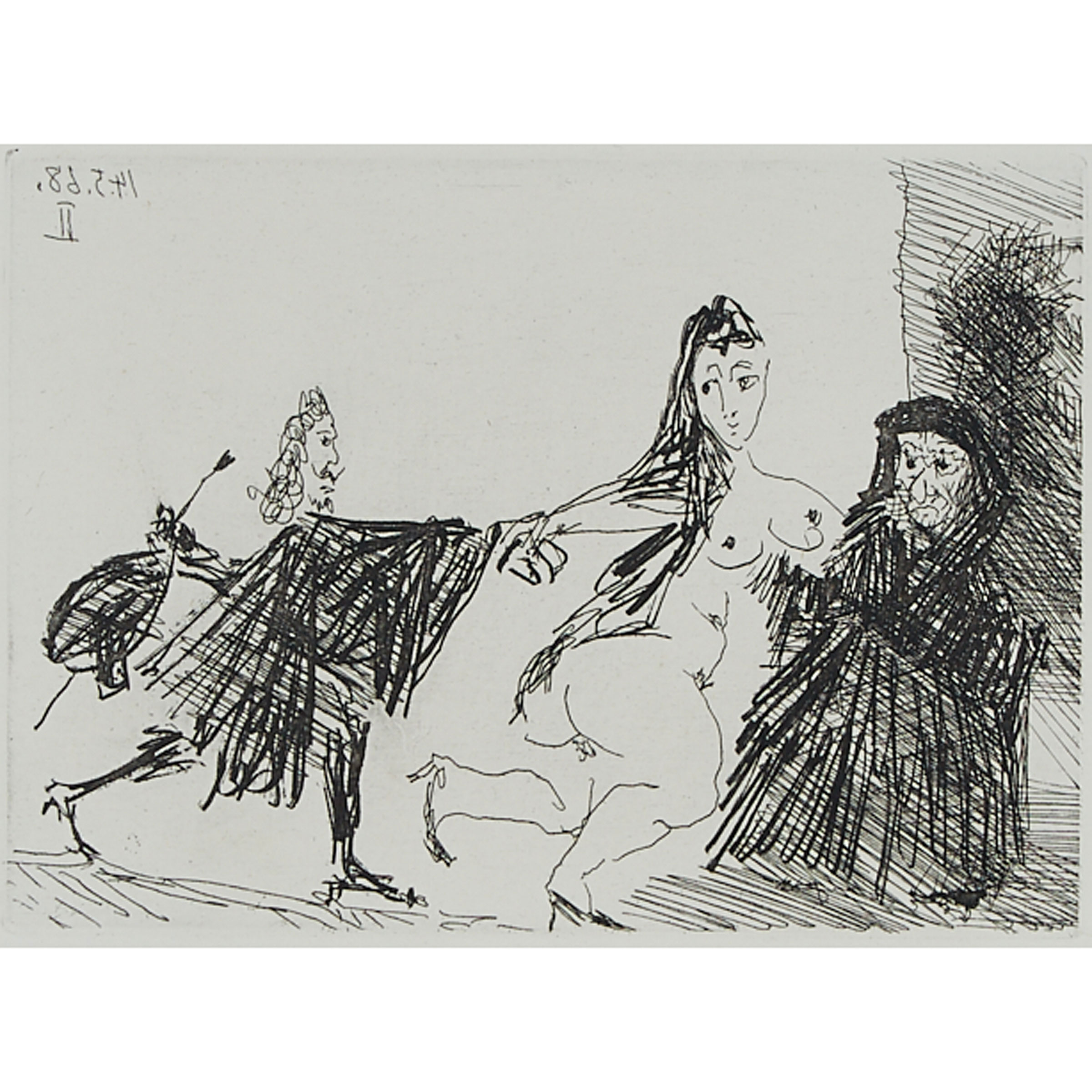 Etching on Canton laid paper from the Richard-de-Bas Mills, with ‘La Celestine’ watermark to the bottom centre margin; dated “14.5.68 II” in reverse in the plate upper left. One of the 66 illustrations for the play “La Celestine” by Fernando de Rojas (Picasso’s last illustrated and signed book). One plate from the numbered edition of 400 copies of the book, signed on the frontispiece. Printed at Editions Atelier Crommelynck, Paris, published in 1971 according to the Certificate of Authenticity from Park West, Delaware, dated 05/07/2008 accompanying the lot.
Plate/Sheet 3.5 x 4.8 in — 9 x 12.3 cm; 8.25 x 6.3 in — 21 x 16 cm