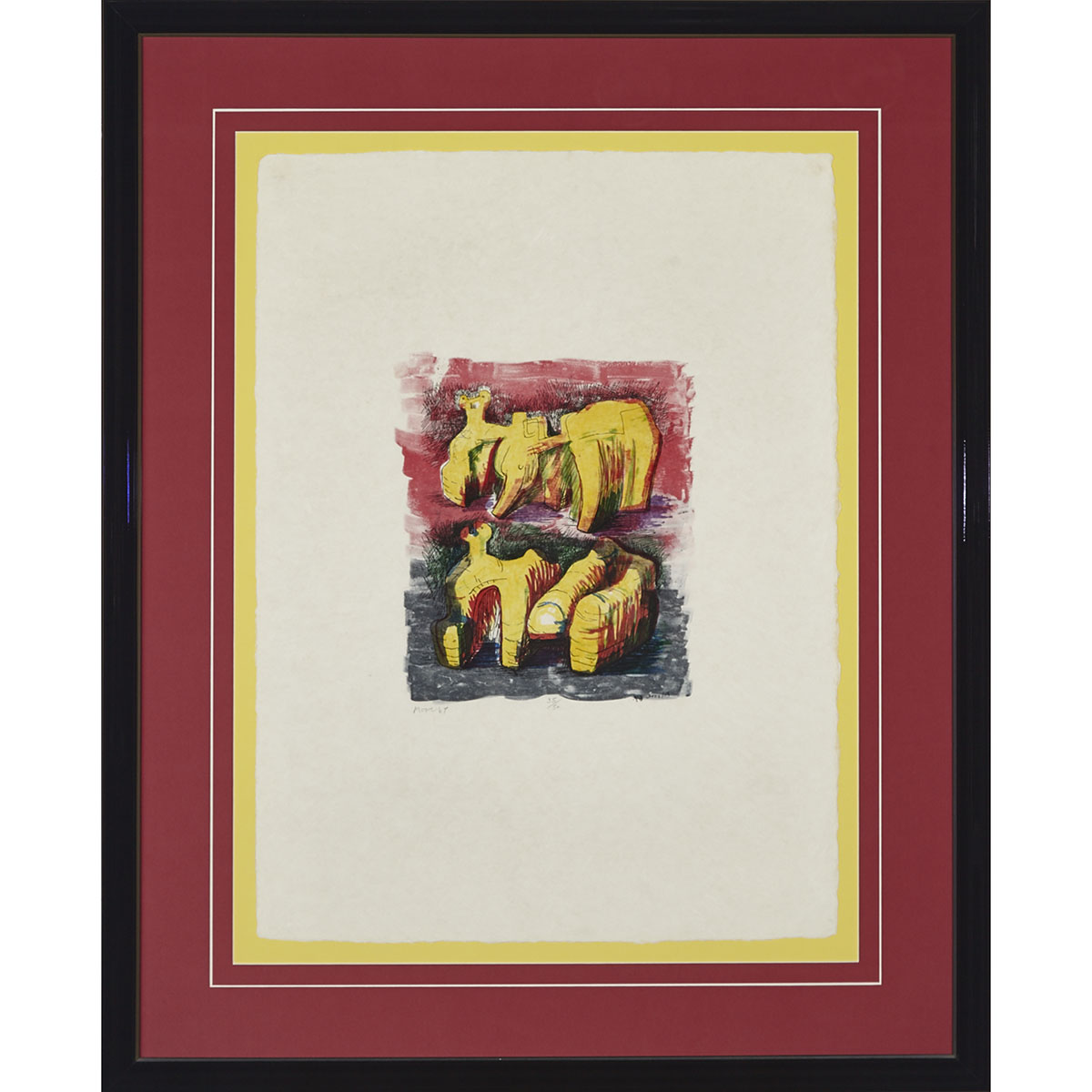 TWO RECLINING FIGURES IN YELLOW AND RED (FROM MEDITATIONS ON THE EFFIGY), 1967 [CRAMER, 73]

Henry Moore’s signature form, “Reclining Nude” has been explored throughout many mediums from the printmaking process to sculptures. Two Reclining Figures provides an insight into Moore’s hard abstract figures – with equal emphasis on form and negative space becoming notable of Moore’s later work. The apotheosis of the modern nude into a pared down, mostly minimalistic form – that remains an articulation of beauty and inspiration derived from the human body.

“The Festival Reclining Figure is perhaps my first sculpture where the space and the form are completely dependent on and inseparable from each other. I had reached the stage where I wanted my sculpture to be truly three-dimensional. In my earliest use of holes in sculpture, the holes were features in themselves. Now the space and form are so naturally fused that they are one." – Henry Moore (As quoted to The Tate, London).

Knight Galleries, Johannesburg, South Africa;
Acquired from the above in 1983 by the present Private Collection, Toronto