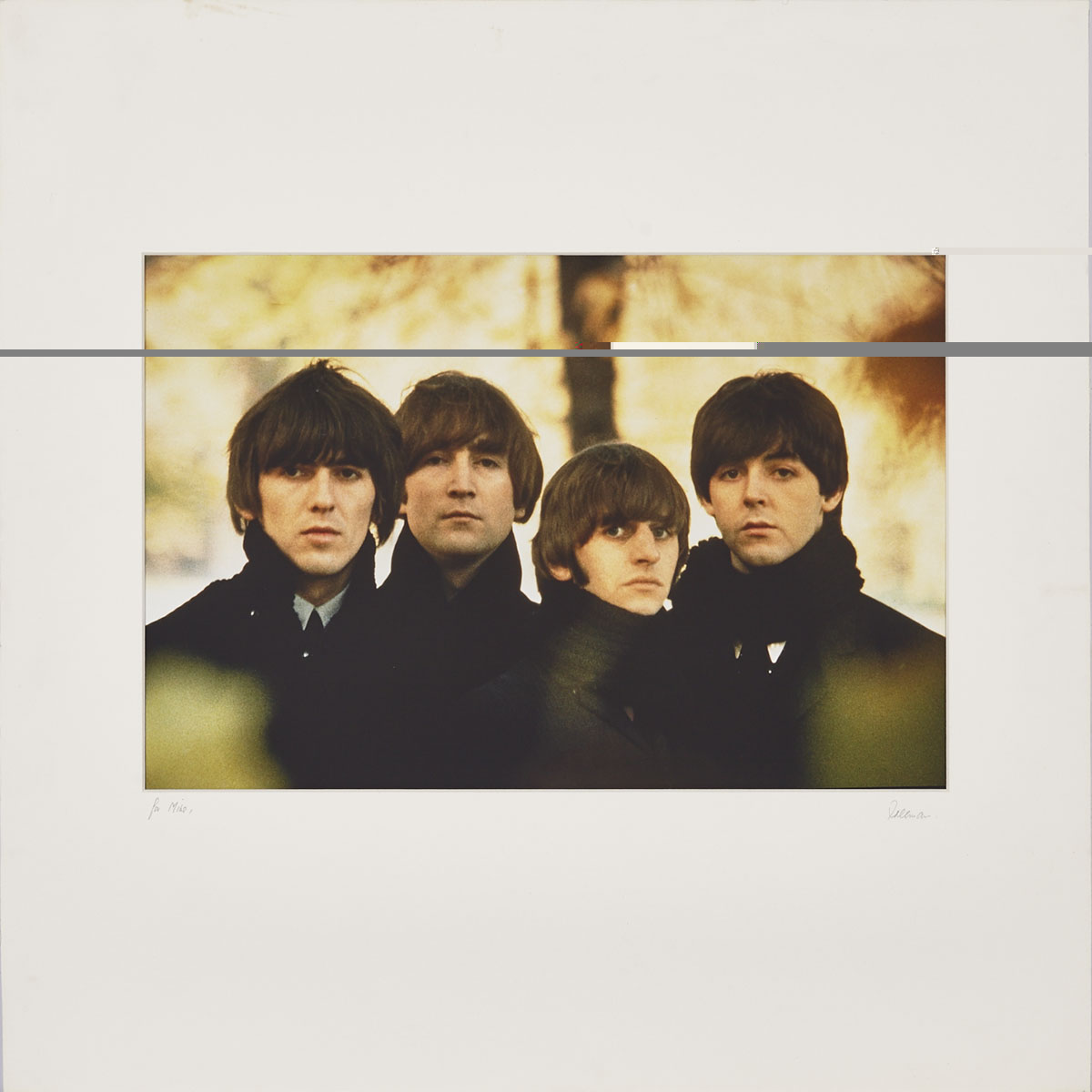 THE BEATLES 64 (COVER FOR BEATLES FOR SALE ALBUM)

Chromogenic colour print on Ilford Cibachrome paper; signed on the matboard in pencil lower right and inscribed “For Mike” in pencil to the photographer’s matboard lower left, numbered AP in a circle, dated ‘86, and further inscribed “Cibachrome Mat” to the photographer’s mount in pencil at the bottom of the mount verso, the mount is also inscribed “for Mike... with best wishes/ Bob Freeman/ at Hong Kong 1986” in sepia ink verso. The front matboard is inscribed “Yesterday” in pencil to the verso. An Artist’s Proof aside from the numbered edition of 25.
Image/Sheet 12.1" x 18" — 30.7 x 45.7 cm.; 15.9" x 19.8" — 40.4 x 50.4 cm.

This image was used for the cover of the fourth studio album by the Beatles, Beatles for Sale released on December 4, 1964 in the United Kingdom.

Gifted by the artist to the present Private Collection, Canada with inscription dated 1986 at Hong Kong to the verso