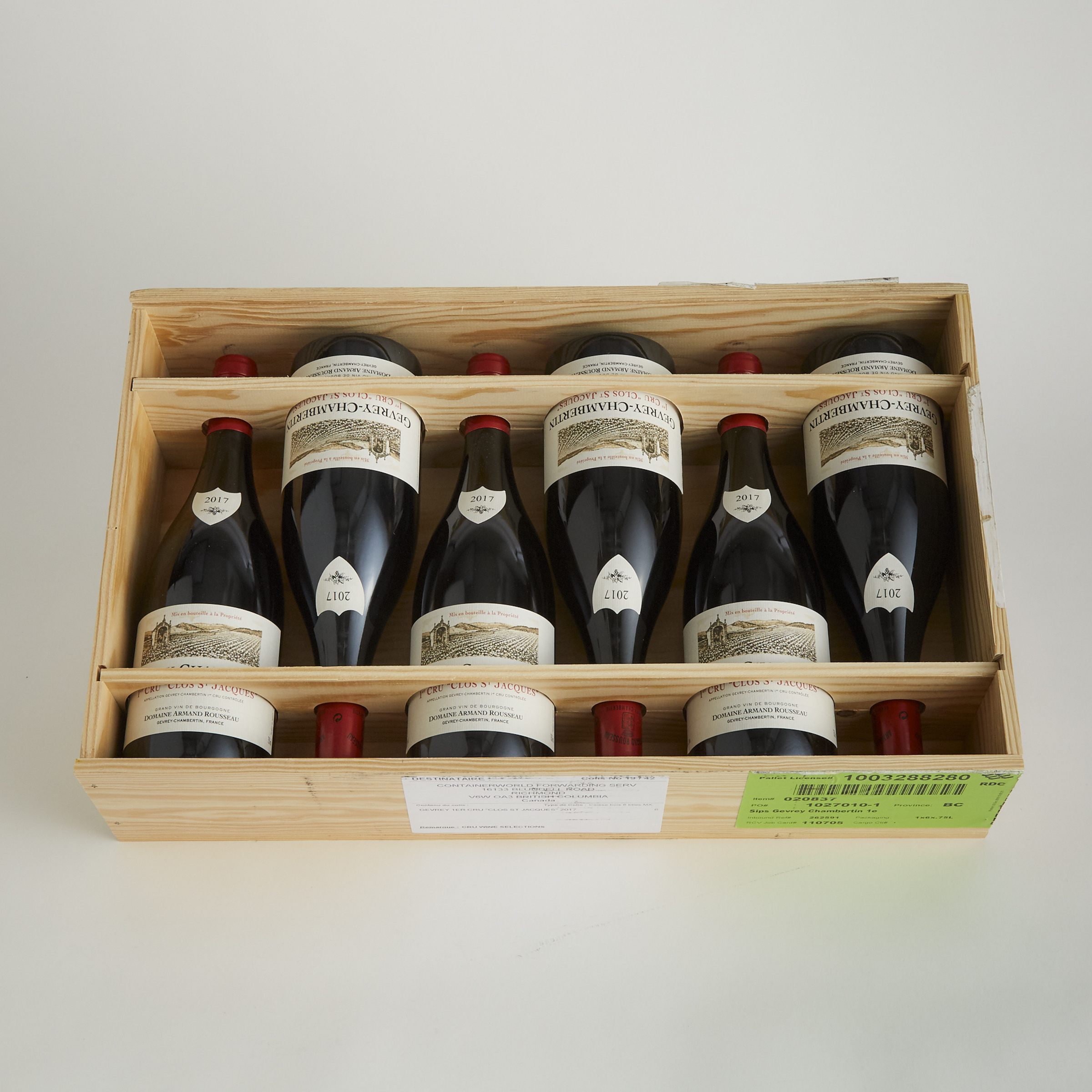 The 2017 Gevrey-Chambertin 1er Cru Clos Saint-Jacques is being matured in 80% new oak, and it was the one wine in the cellar that was quite strongly marked by its time in barrel when I tasted it. Behind the prominent framing of cedary oak lurks a pretty bouquet of red and black berry fruit, orange rind, rich soil tones and peony. On the palate, the wine is medium to full-bodied, tangy and open-knit with a vanillin-inflected finish. I suspect that the final assemblage will be more integrated than the single barrel, but in its structure and overall profile, this looks to be reminiscent of Rousseau's 2007 Clos Saint-Jacques. January 2019 WA (91-94)