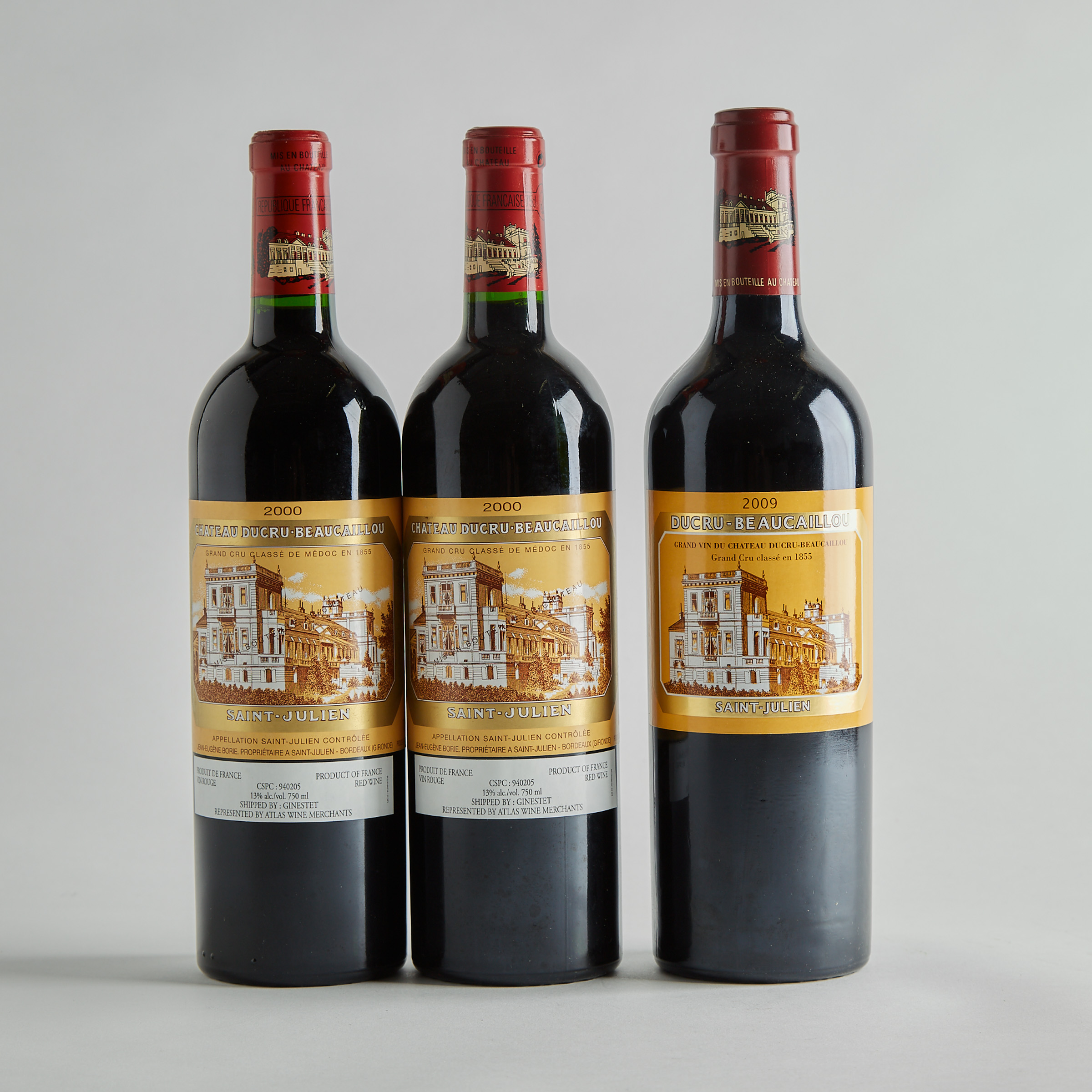 A stunning wine from Ducru Beaucaillou which showcases its great terroir, this elegant but substantial 2000 has a dense purple color that has hardly budged since it was first bottled. Displaying a floral note, with hints of boysenberries, black raspberries, black currants and a touch of background oak, the wine has superb concentration and density, but still has some substantial tannins that are not yet fully resolved. I originally predicted that it should be drinkable from 2010-2030, but I would modify that now to 2015-2035. June 2010 WA 95

The 2009 Ducru Beaucaillou will eclipse the brilliant wines produced in 2005, 2003 and 2000. It will be interesting to see how the 2009 fares against the 2010 after twenty years of aging, but my money is on the 2009. A blend of 85% Cabernet Sauvignon and 15% Merlot that achieved 13.5% natural alcohol, this inky purple, unctuous wine possesses classic aromas of graphite, creme de cassis, blueberries, violets, licorice and Christmas fruitcake. Full-bodied and intense with Ducru’s inimitable elegance and purity, it should firm up in the bottle after 7-10 years of cellaring and last for 40-50 years. Magnificent! December 2011 Drink: 2019-2069 WA 100