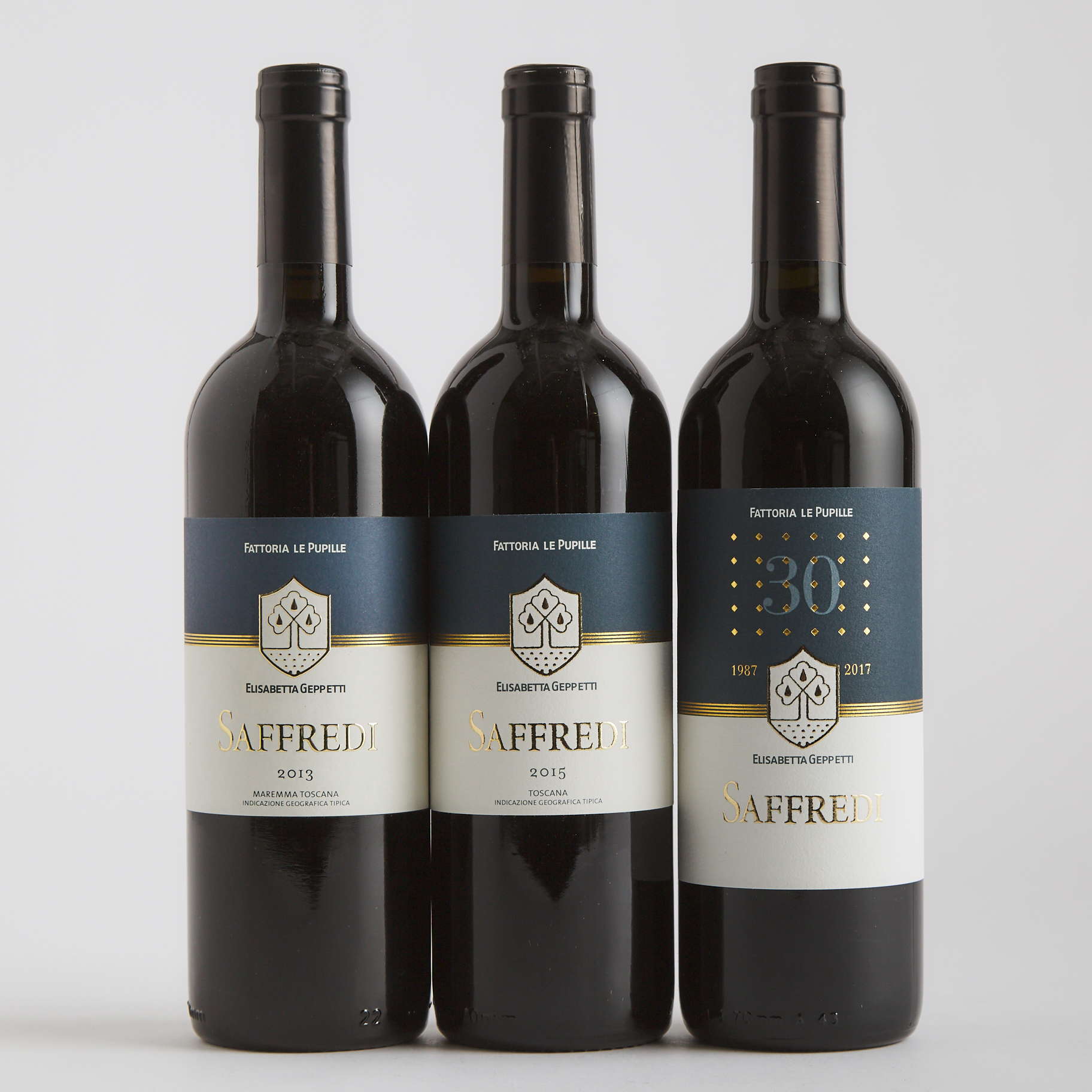 One of his changes is an increased focus on Petit Verdot, which makes up to 15% of the blend in this case. The other grapes used are Cabernet Sauvignon and Merlot. But the increased role of Petit Verdot has awarded this vintage with stunning precision, linearity and balance. It's like a light switch has suddenly been turned on. Petit Verdot on the Tuscan Coast tends to show softer and fuller lines. In this wine, you taste the tonic crunchiness of the grape skins instead. The dark concentration of the wine is pleasurable and rich, and there's a final acidic signature that closes the deal in style. January 2017 WA 98

The 2015 Saffredi is a sultry and velvety wine from the Tuscan Coast. The blend is 60% Cabernet Sauvignon, 30% Merlot and 10% Petit Verdot that sees 18 months in new and neutral oak. The textural richness is of the highest caliber, and the bouquet produces a long succession of black fruit, exotic spice and savory tobacco flavors. There's a touch of mocha chocolate and toasted espresso bean as well. The wine delivers great length and power. It promises not only to age but to improve as it spends more years in the cellar. November 2017 WA 96

Thanks to the vineyard's proximity to the sea, leaving leaves on the vines and the sharp diurnal shifts of the area, the fruit was able to ripen in a balanced manner despite the hot and dry summer. The team at Fattoria le Pupille knew they would have to be ready to harvest early and lose some their yields, and they did. In the end, production was down 25%, but the result is a fresh, thick and beautiful red made with ripe fruit and dark concentration. August 2019 WA 97