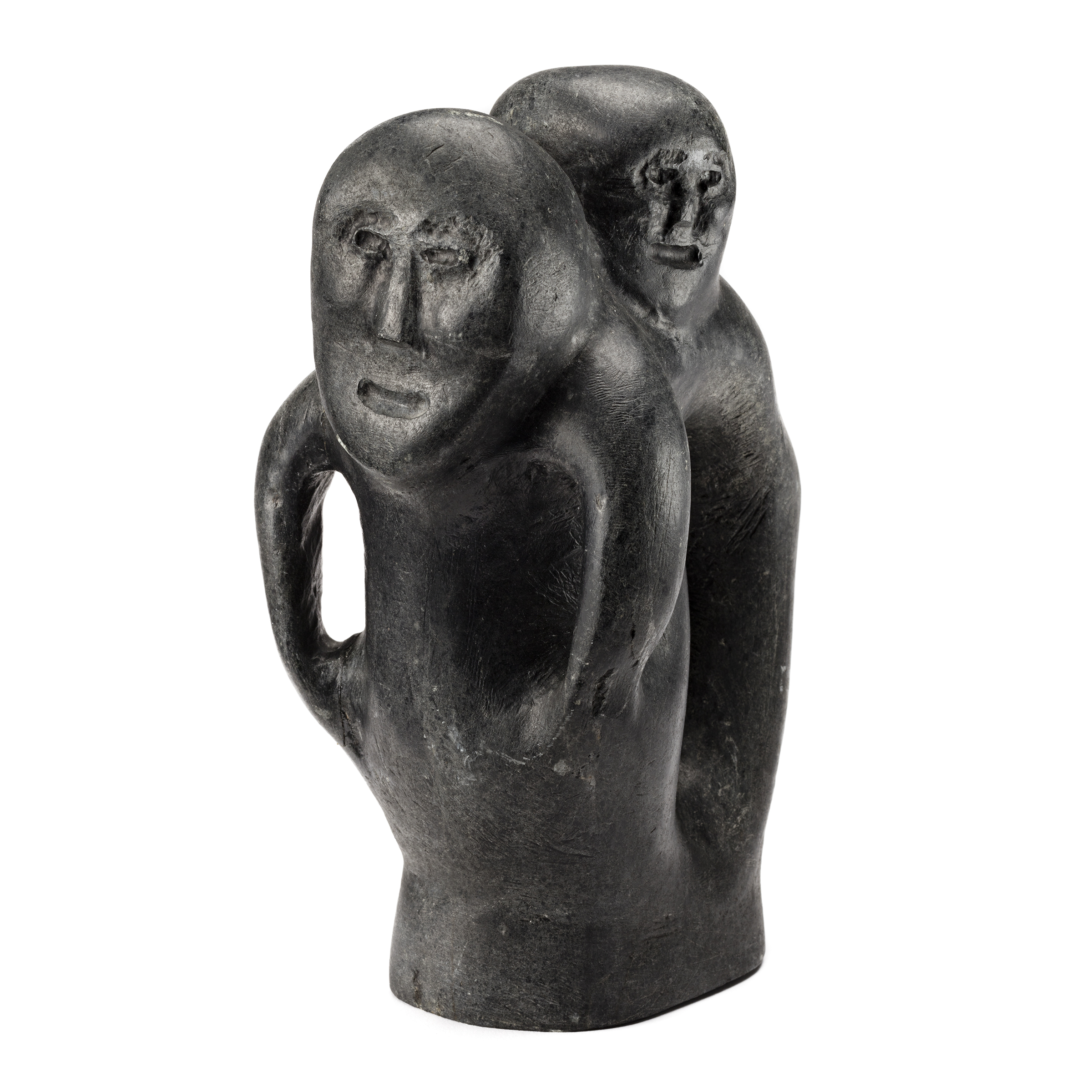 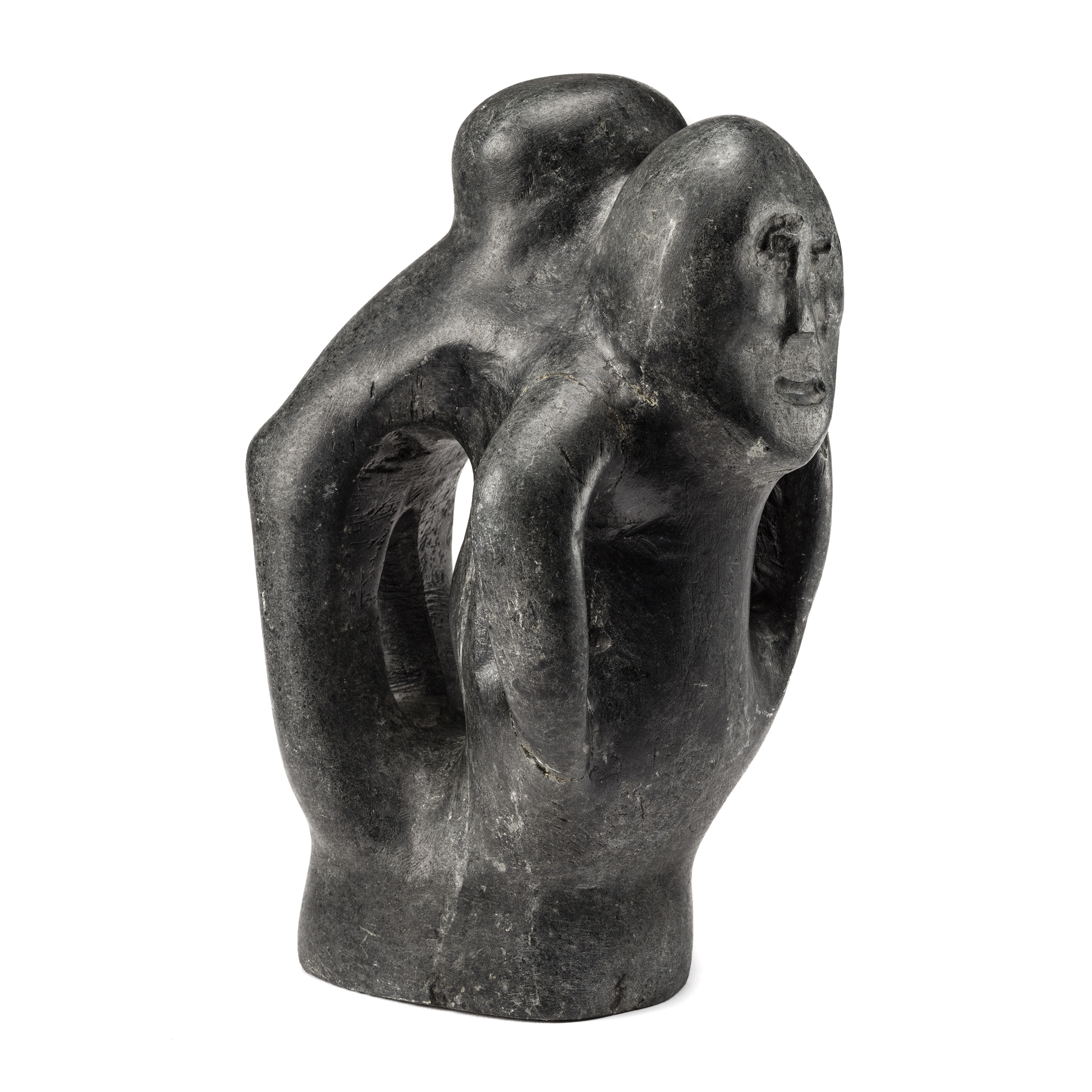 Chosen for the first-ever solo public exhibition of an Inuit artist in 1970, elected to the Royal Canadian Academy in 1973, and included in virtually every major public exhibition of Inuit sculpture in the last five decades, John Tiktak is widely regarded as one of Canada’s greatest artists. The British sculptor Henry Moore was known to be an admirer of his work. Tiktak’s powerful and moving sculptures, with their universal themes and classic forms, easily transcend the “Inuit art” category.

Those familiar with Tiktak’s impressive oeuvre know that he carved human figures and faces exclusively; his figural works comprise mothers and children, single figures, and occasional two-figure compositions. A superb example of the latter dated 1965, from the John de Visser collection, is illustrated in Walker’s Nov. 2014, Lot 216; dating a few years earlier than this work, it is nonetheless quite close in style and format. Although the present sculpture was previously assumed to be a Mother and Child, we are suggesting the title Two Figures instead. Like the 1965 work, Two Figures quite likely depicts the rear figure leaning on the figure at front. If so, there is a good chance that it represents Tiktak assisting his elderly mother, whom we know he supported and cared for until her death in 1961.

Tiktak’s sculptural style, relatively cool and elegant in the early-mid 1960s, became starkly expressive and even brutal only a year or two later. Two Figures shows the hallmarks of Tiktak’s style: apparent simplicity combined with sophistication; apparent solidity and unexpected airiness. Similarly complex is the emotional and psychological impact of the work; we sense emotional detachment, yet the figures’ facial expressions convey hardship, suffering and stoicism. It is difficult not to be profoundly moved by Tiktak’s artistry.