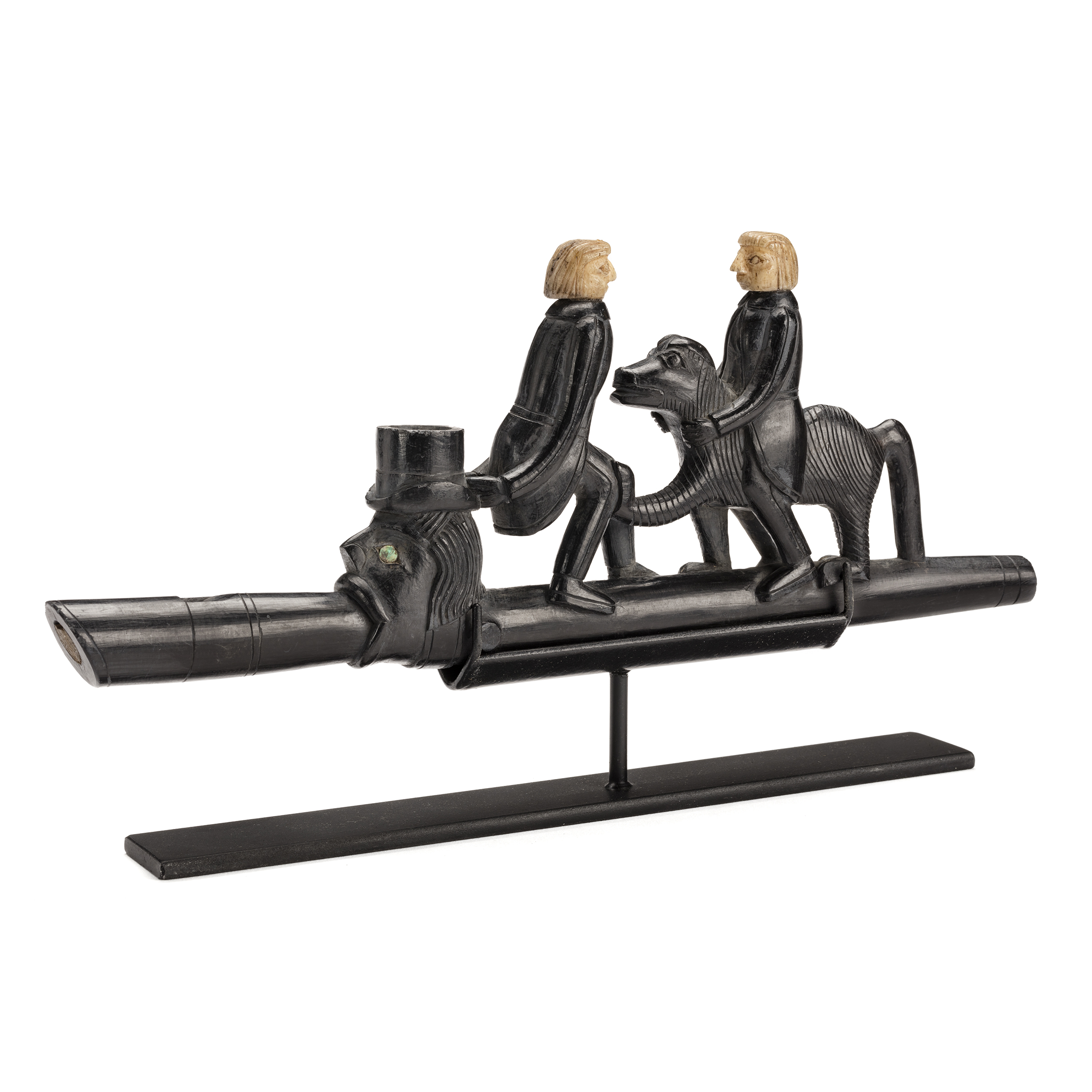 In the first paragraph of the chapter on recorders in Argillite: Art of the Haida Leslie Drew writes: “In the storehouse of the British Museum in north London where most of its argillite collection is carefully preserved in deep wooden drawers, each carving swaddled in cotton batting, lie two curious slate pipes. They are styled as elbow pipes, yet each of them, when one blows through the stem hole, produces a whistle from a stop part-way along the stem. …These dual-purpose pipes suggest a ceremonial function” (p. 185).

If the whistle pipe is indeed a variation of the elbow pipe form (which is an early type of Haida argillite pipe) then this exceptional work is both early and rare. It probably predates recorder production by ten or fifteen years, and may be as rare as the recorders themselves. Furthermore, for an elbow pipe the decoration is quite elaborate. The pipe stem is surmounted by two men in European clothing; one man is depicted riding a dog, whose front paw is charmingly raised in greeting to the other. The pipe bowl depicts the head of a man in a European-style top hat. Quite amusingly he is forced to hold the whistle in his mouth, and the abalone inlay in his eyes makes it look like they are watering with the strain of the effort. The men’s heads, carved from bone, are a further elaboration and source of rarity for this remarkable work.