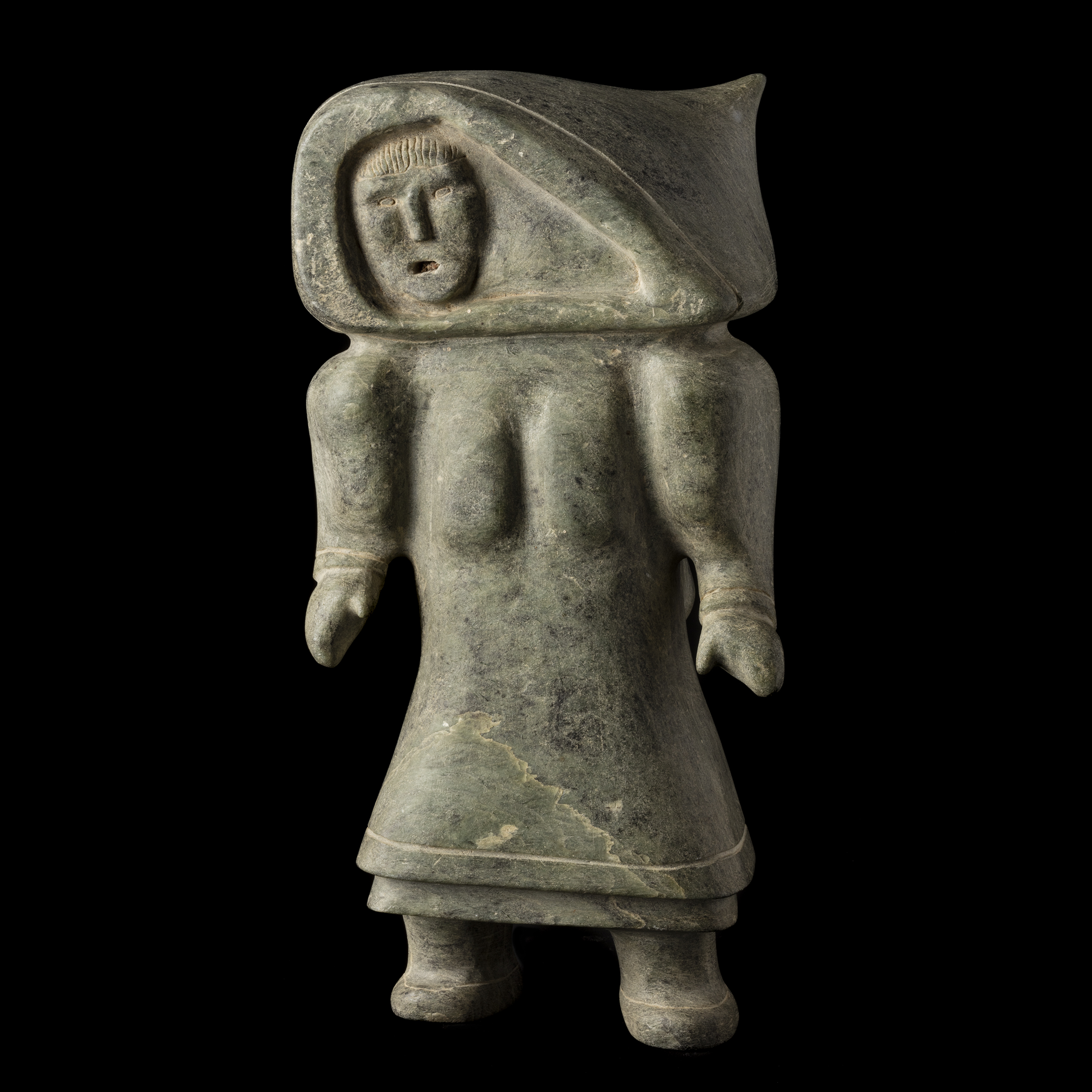 Son of the famous Cape Dorset sculptor and graphic artist Tudlik and brother of the renowned sculptor Latcholassie (see Lot 57), Tigullaraq moved north to Arctic Bay as a young man and settled in Clyde River. Tigullaraq carved only for a relatively short period, mostly from 1966 to 1968 when back problems prevented him from hunting. Nonetheless he was considered to be the best, and certainly the most interesting artist in the community, famous for his quirky, blocky depictions of humans and bears.

Standing Woman is a remarkable early work by Tigullaraq. It reminds us of some of the great early 1950s sculptures from Salluit (Sugluk) in Nunavik. (We should remember that carving began at different times in different Inuit communities; 1966 is early for Clyde River.) Like the best of those early Salluit works, Standing Woman is naïve and raw but stunning, monumental, and psychologically impactful. It’s a classic example of the Inuit mother-and-child archetype.

References: perhaps Tigullaraq’s most famous sculpture is his much reproduced (and variously titled) Bear Shaman of c. 1968, illustrated in George Swinton’s Sculpture of the Inuit (McClelland & Stewart, 1972/92), figs. 844-845; in Jean Blodgett, The Coming and Going of the Shaman (Winnipeg Art Gallery, 1978) p. 113, and elsewhere. For several other works by the artist see Maria von Finckenstein, “Solomonie Tigullaraq: One of those Unnoticed Artists” in Inuit Art Quarterly (Winter 2001) 38-42.