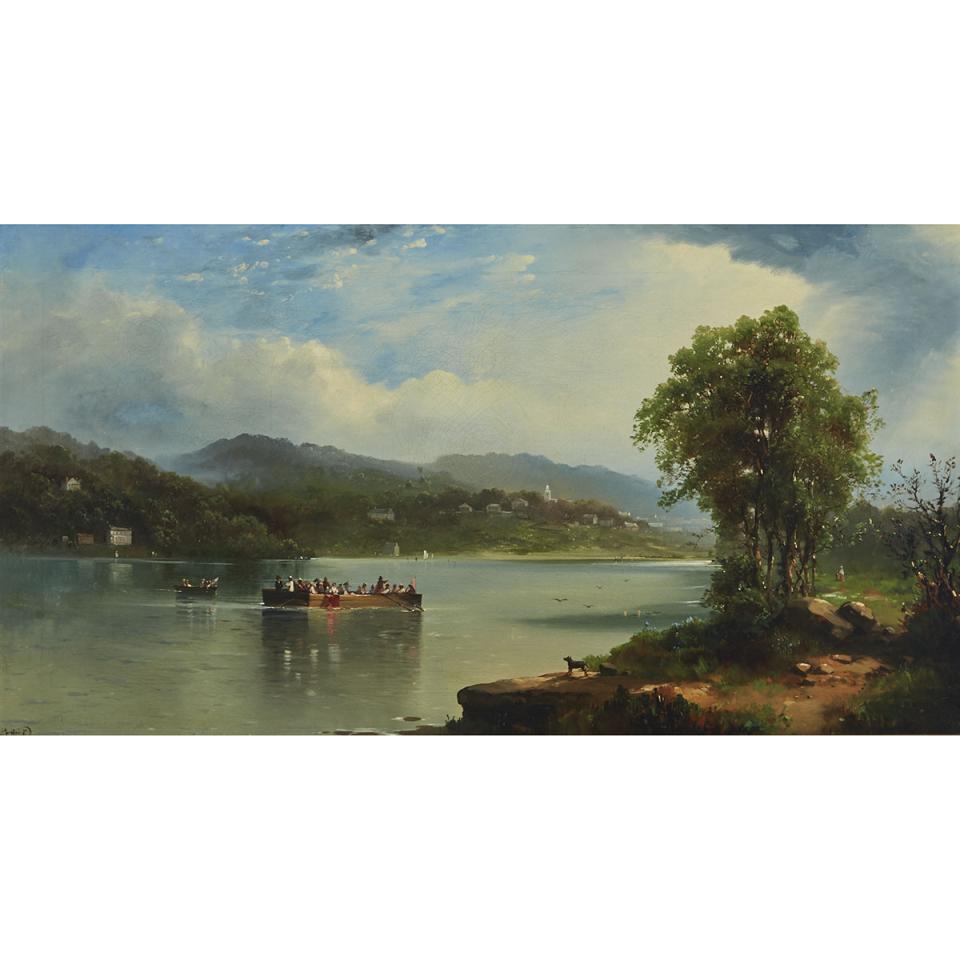 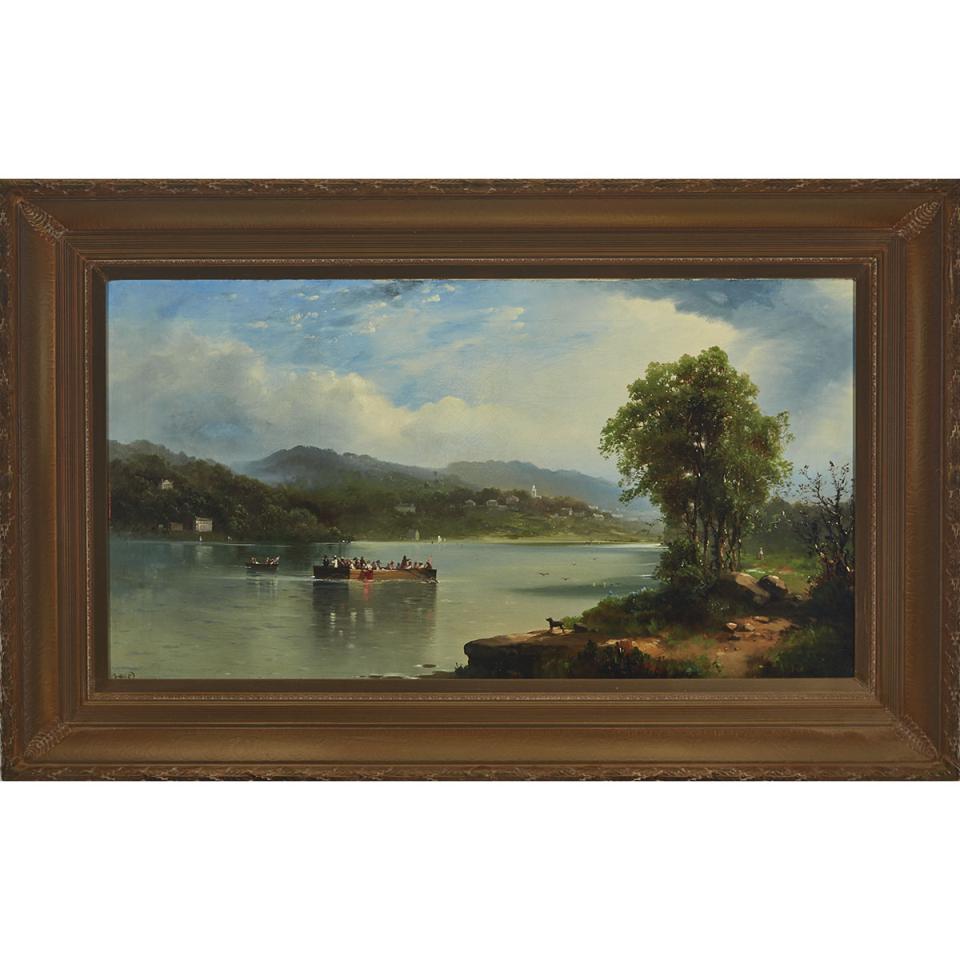 Little is known of the 19th century American artist H.J.M. Ellrick or McEllrick, whose first name, middle names and dates are not recorded.

According to C.R. Jones, Associate Curator of the New York State Historical Association (Cooperstown, NY) in a 1972 letter to Gordon M. Cooper - the grandfather of the consignor - this lot is similar to one of several of the same basic scenes executed by the 19th Century American artist, H.J.M. Ellrick. Jones continues that two similar versions by Ellrick are known to the museum.  These canvases appear to have been inspired by a print that appeared in the Cosmopolitan Art Journal in 1860. Without seeing a clear visual of the painting and its signature at lower left, Jones concluded in his letter that Gordon Cooper may have owned a third version of Otsego Lake by this remotely recorded landscape artist. After extensive research and examination of this original canvas, Waddington’s identified the indistinct signature as “ELLRICK,” confirming Jones’ hypothesis.

Other works have surfaced by the same artist at auction, referencing the landscapist as "A.J.M. Ellrick."  One oil work called West Rock, New Haven sold at Heritage Auctions (Dallas, TX) on November 12, 2009, Lot 67078.  Another of a similar view and size as this lot, entitled Otsego Lake sold at Alderfer Auction Company (Hatfield, PA) on December 10, 2003, Lot 347.

This serene, sunlit depiction of Otsego Lake, or “the Glimmerglass” as the important American author James Fenimore Cooper described it, has been in the same London, Ontario family collection for five generations.
According to Gordon M. Cooper, writing to the National Trust for Historic Preservation in Washington, D.C. on July 24, 1972, he inherited the painting from his father, Albert Edward Cooper, when his father died in 1931. Gordon Cooper states that his father purchased the painting at auction from an “Art Collector’s Estate - many years ago,” likely at the height of A.E. Cooper’s career in the 1880s and 1890s. Albert Edward Cooper’s family descended from Loyalists in London, Ontario. Mr. A.E. Cooper was a highly successful entrepreneur and one of the largest rare gem importers and diamond merchants active in 19th century Canada. Beginning in the 1880s and into the 1920s, he travelled in an open car selling diamonds and other gems to jewellers across Ontario.