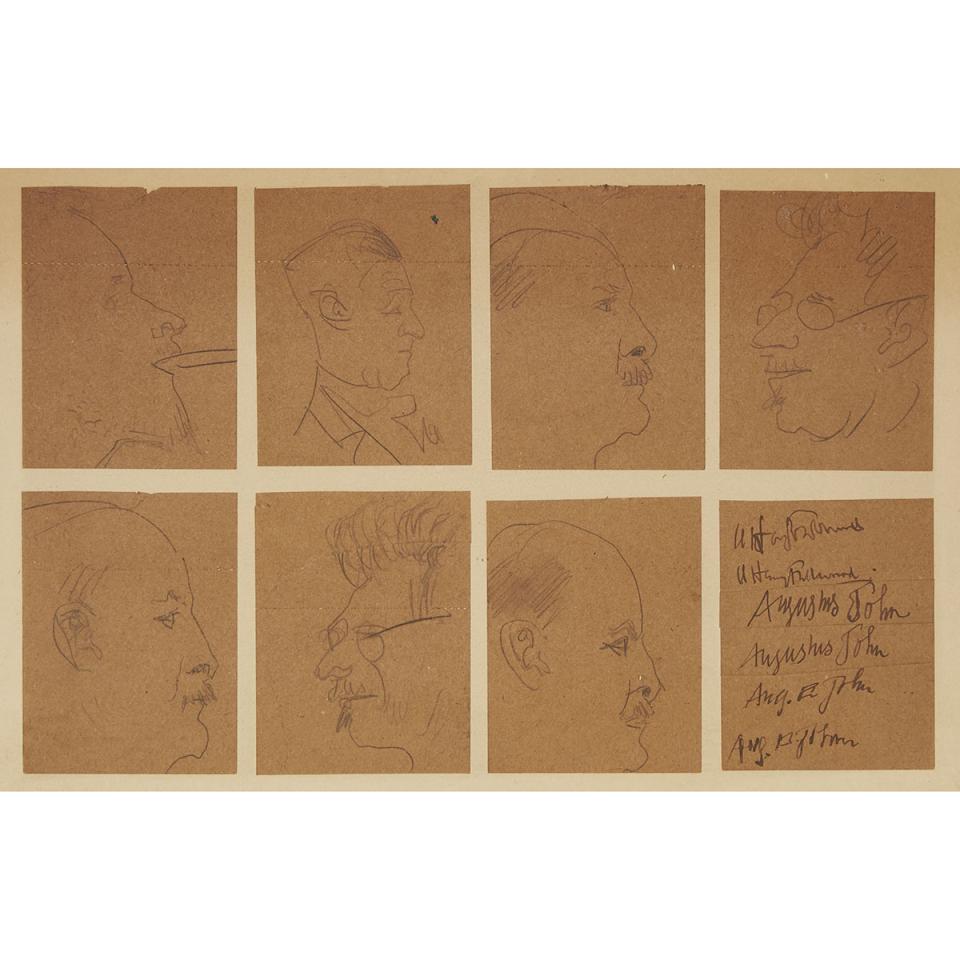 Reading from the top, left to right, the portraits and artists include:

3. Colonel John Francis Lash, Officer in the Central Ontario Regiment of Canada, active in Russia during the revolution, awarded the OBE in 1918, cartoon by Augustus John;

Eight sheets framed together including 7 sheets of pencil drawings and one signature sheet in pen and ink on brown paper with horizontal piercing along the tops of each sheet; the verso with a pen and ink legend identifying the sitter of each portrait and the artist; inscribed in the same hand: “Done at the ... dinner in London in the summer of 1918” lower left corner of the legend sheet mounted to the backing paper of the frame verso
Sheets/Overall 4.75" x 3.75" — 12.1 x 9.5 cm.; 12.5" x 18.5" — 31.8 x 47 cm. 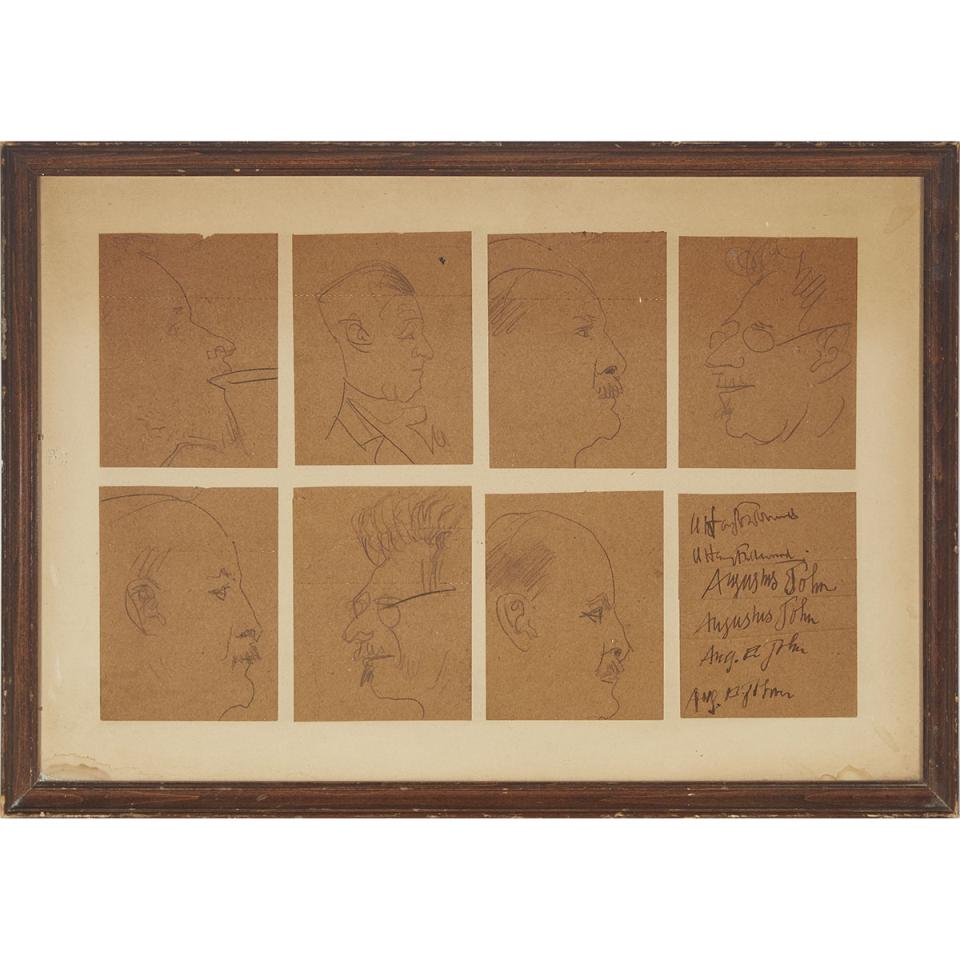 Drawn on paper, presumably the lunch table covering, at the Chelsea Club dinner in London in the summer of 1918.

The Archivist at the Chelsea Club, London, England has confirmed that all, with the exception of Colonel Lash, were members of the club in 1918 so it is a likely assumption that this luncheon was held there. As Lash was awarded the OBE in November of that year it would have been on the Queen’s birthday honours list in the summer. This might have been a celebration of that event.