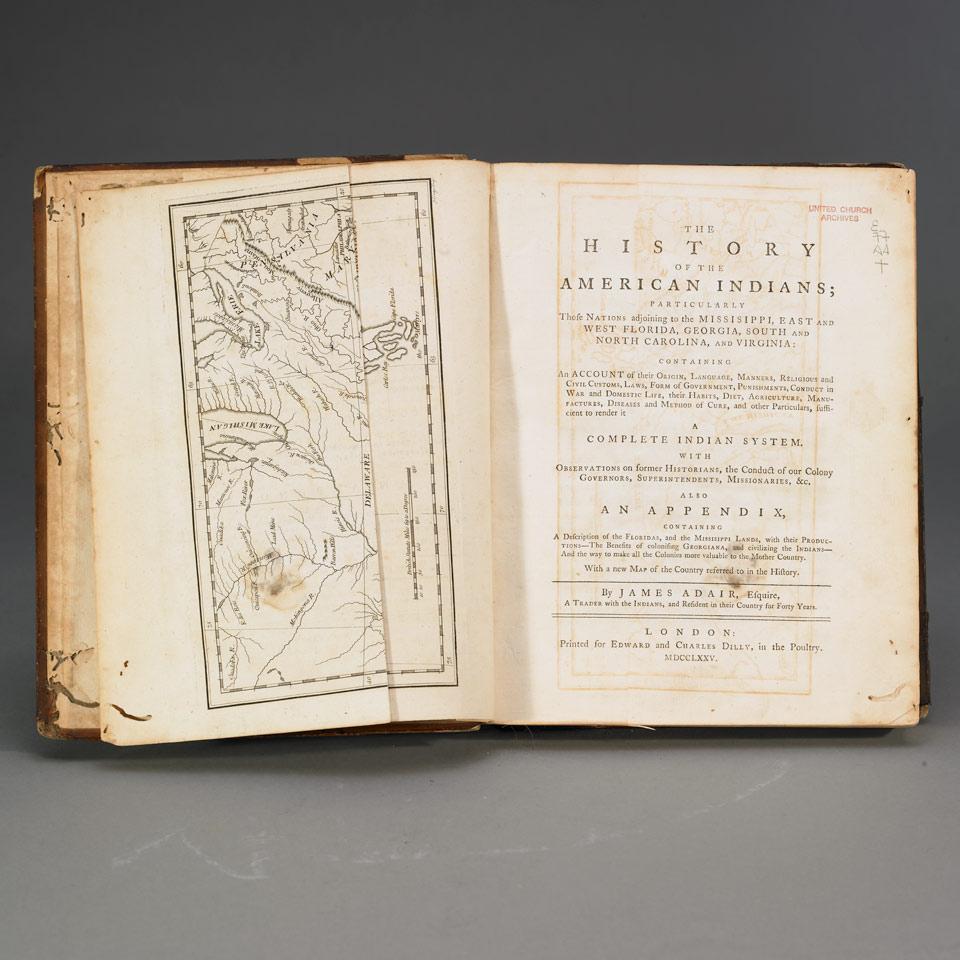 THE HISTORY OF THE AMERICAN INDIANS; PARTICULARLY THOSE NATIONS ADJOINING TO THE MISSISSIPPI, EAST AND WEST FLORIDA, GEORGIA, SOUTH AND NORTH CAROLINA, AND VIRGINA

This most definitive history of the American Indians is being sold to benefit the Goodwill Industries of Toronto.

James Adair a native of County Antrim, Ireland, resided primarily with the Chickasaw, commencing in 1735, and with whom he made his first trade in 1744. It is referred to as the “best 18th Century English source on the Southern tribes, written by one who traded 40 years with them” (Howes A38).
The former owner of this book, an equally historically significant figure, Rev. Peter Jones (1802-1856) was a mixed-blood Mississauga chief, missionary, educator and an author himself who was born at the heights of Burlington Bay, Canada West in January 1802.

For an account of the life of Rev. Peter Jones, the former owner of this book, see David B. Smith’s, “Sacred Feathers, The Reverend Peter Jones (Kahkewaquonaby) and the Mississauga Indians”, University of Toronto Press, 1987