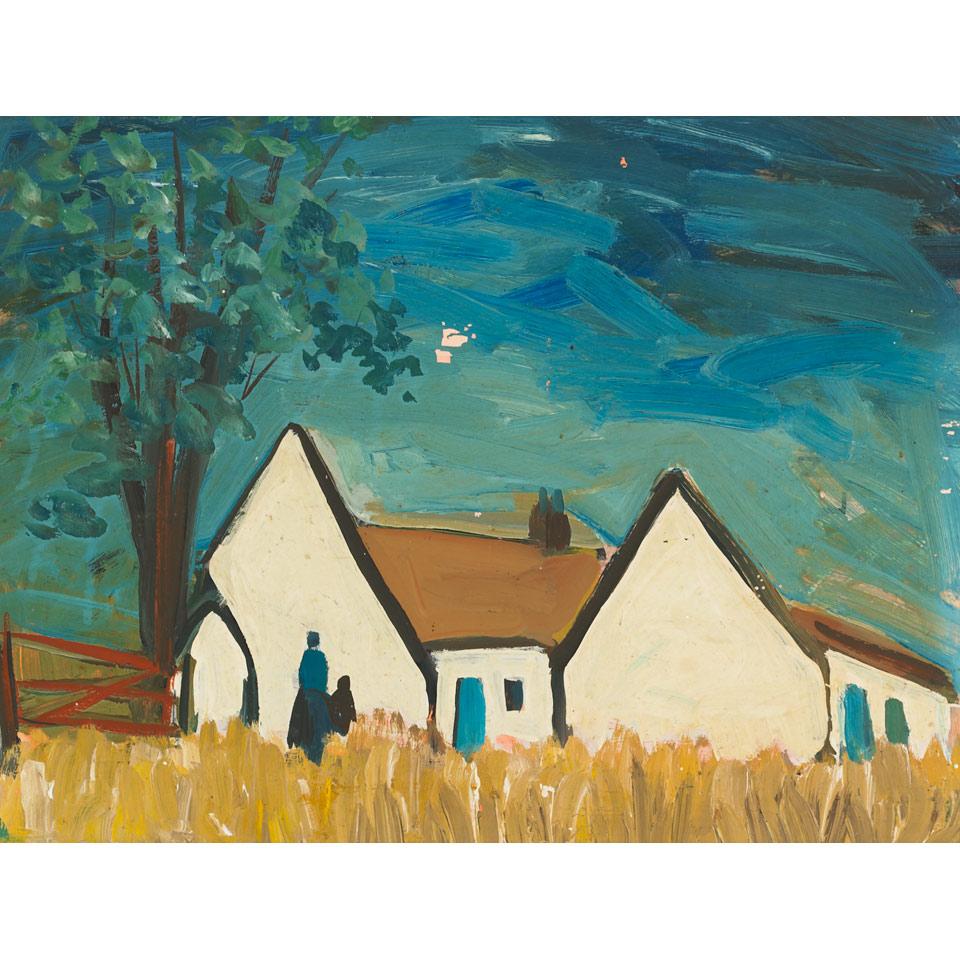 This work was gifted by the artist to Eric Matchett, an architectural student at Belfast Technical College of Art from September 1943 to June 1947. Subsequently, for the next two years, Mr. Matchett taught in the Building Department of the college in conjunction with the Art School where he met and became friends with Markey who was at first, the male life model in the school, before he took up painting. In 1953, Mr. Matchett emigrated to Canada. In the summer of 1965, Matchett assisted Markey with dismantling an exhibition to move to his home off Agnes Street off the Crumlin Road. At that time, Markey gave Matchett the works he particularly liked, including this small painting of a white washed cottage and gateposts beside a cornfield in gratitude for his assistance.