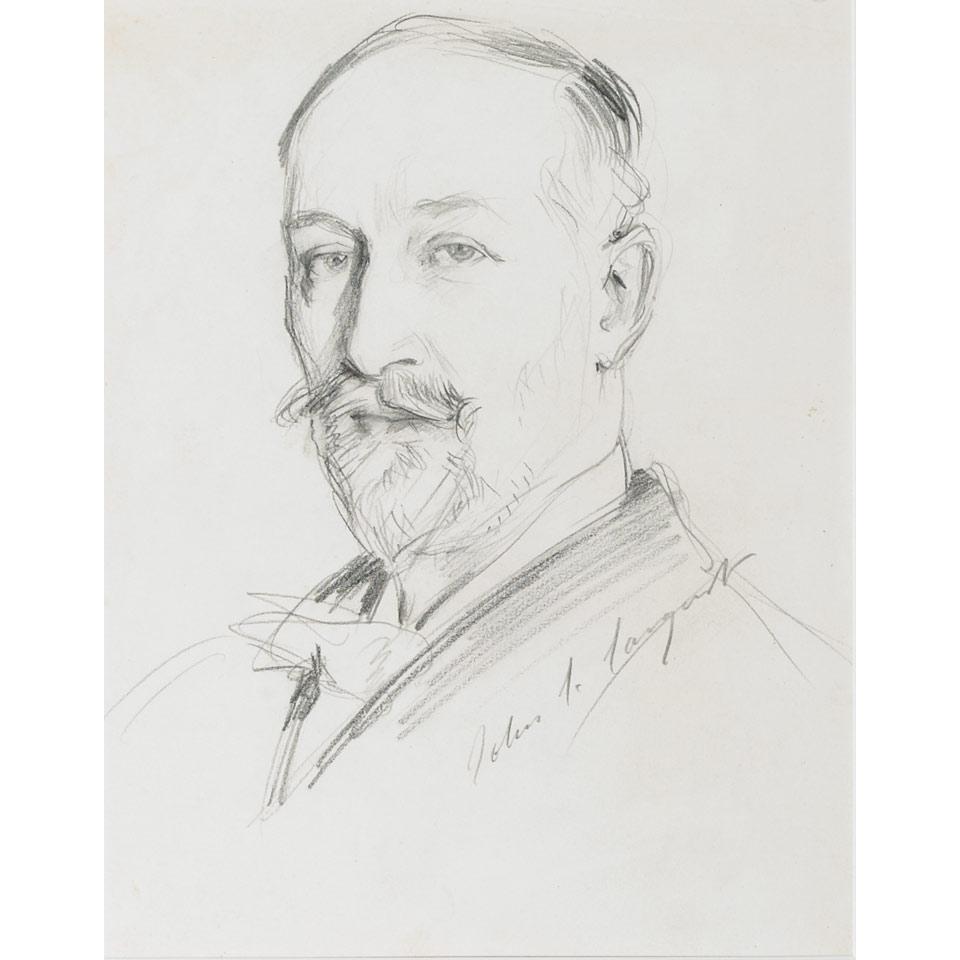 According to Sandra de Laszlo, Sargent drew this study and painted his canvas of the Hungarian composer Francis Andrew Korbay in 1880. Born in Budapest in 1846, the son of amateur musicians, he studied the piano and compositions with various masters under Mosonyi and Robert Volkmann. Korbay sang opera at the National Theatre of Budapest from 1865 to 1868. Due to continued exertion on his voice, Korbay took to playing the piano. It was his arrangements of Hungarian national songs into English that made him reputable in England. He resided in London from 1894 where he became Knighted. He was a professor of singing at the Royal Academy of Music from that year until his death in 1903.

As Sandra de Laszlo states, “Korbay possessed a most distinguished and attractive personality whose great charm and old-world chivalry and courtly gallantry attracted both Sargent and de Laszlo, both friends of the sitter to paint this most noted musician and composer.”

Purchased by the present Private Collection, Ontario from Sothbey’s, London, circa 1985