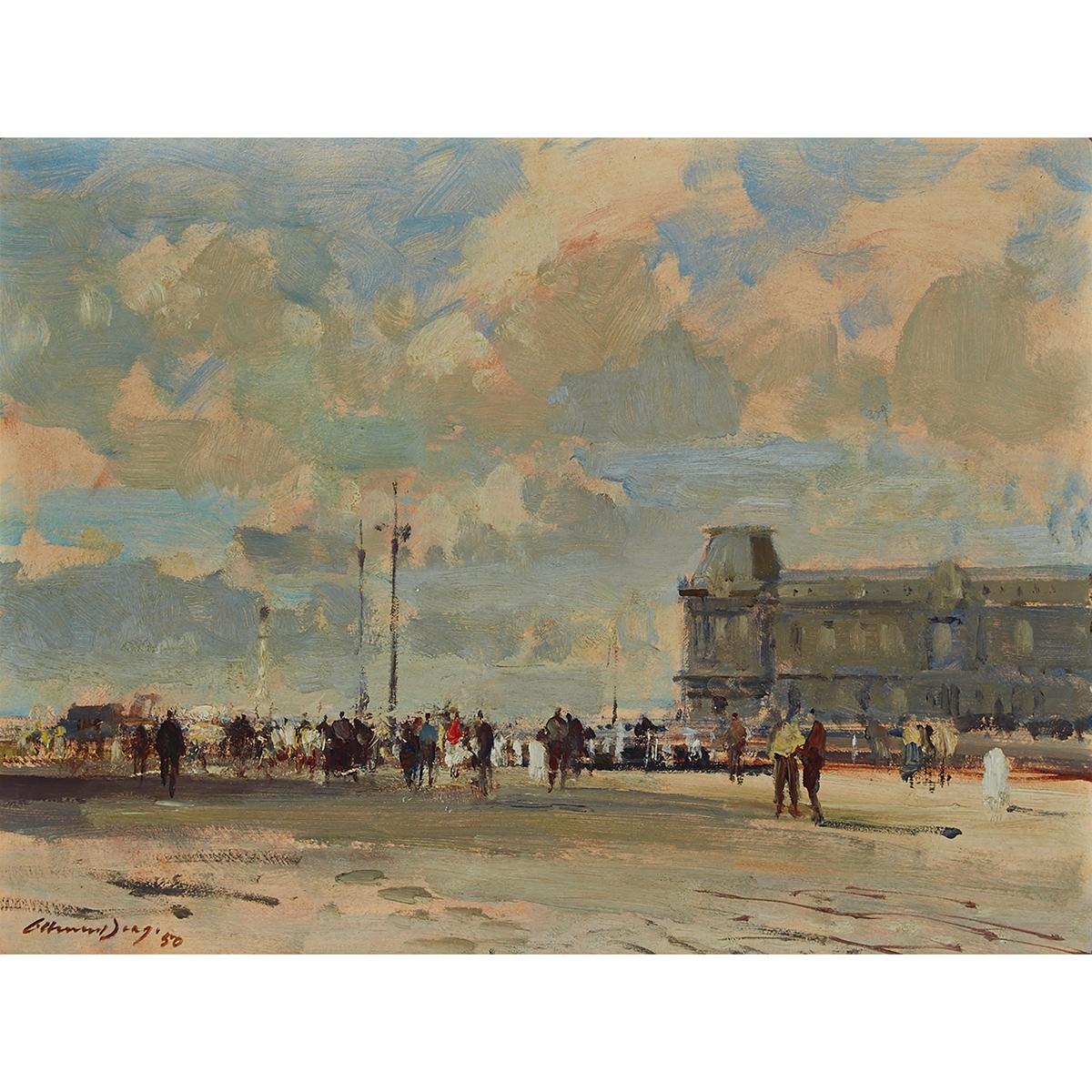 Edward Seago’s works were representated for many years by Laing Galleries in Toronto providing an entree into many established Canadian collections. Commencing in 1950, Laing Gallery held the first of many regular exhibitions of the artist’s works.

See “Edward Seago Painter in the English Tradition” with Introductory Text by Horace Ship, Collins, London, 1952, for other scenes at Ostend painted by Seago in 1950.

Laing Galleries, Toronto;
From whom purchased by Mr. Murray Bell, Toronto on December 1, 1950 accompanied by the original receipt;
By descent