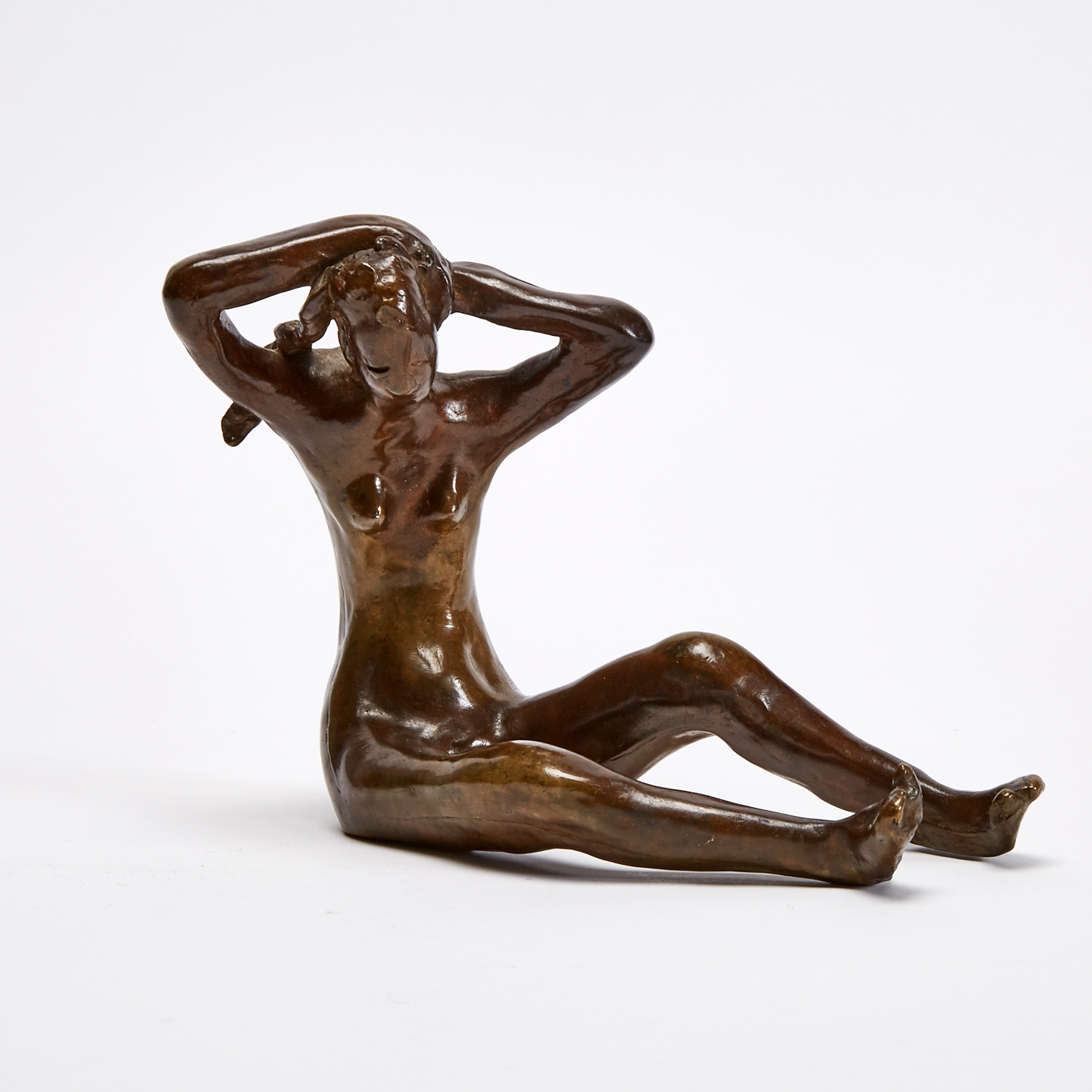 Czech Otto Gutfreund ranks amongst the most radical sculptors of the early 20th century, capable of transforming the realistic form in revolutionary ways. He grew up in a Czech-Jewish family in a small town in northern Bohemia, and attended the Academy of Fine Arts in Prague. After an extended stay in Paris working and studying with his role model Emile-Antoine Bourdelle in Paris – and where he was also introduced to Auguste Rodin, who significantly introduced him to medieval Gothic art – he returned to Prague in 1910. At this point, his practice started to shift significantly from Expressionism to Cubism. Very quickly he became a leading figure in the movement in Bohemia, fully developing his technique after joining the Skupina výtvarných umělců (Group of Creative Artists) in 1912. Highly conscious of the contemporary problems in European sculpture at a decisive stage of their development, he posed a dynamic and original contribution to their resolution.

This lifetime bronze was cast by the K. Bartak in Prague, the foundry Gutfreund established a long working relationship with, and is un-numbered. The work captures Gutfreund at a crucial moment, right before he fully commits his practice to Analytical Cubism and bearing the plastic influence of his work under Bourdelle and Rodin. The figure’s body is beginning to become more geometric and faceted, while the hair is a tangled, soaked mass of deformed lines. The softness of the body prefigures the fragmented and tectonic forms he later refined, and represents a pivotal time in the artist’s career.