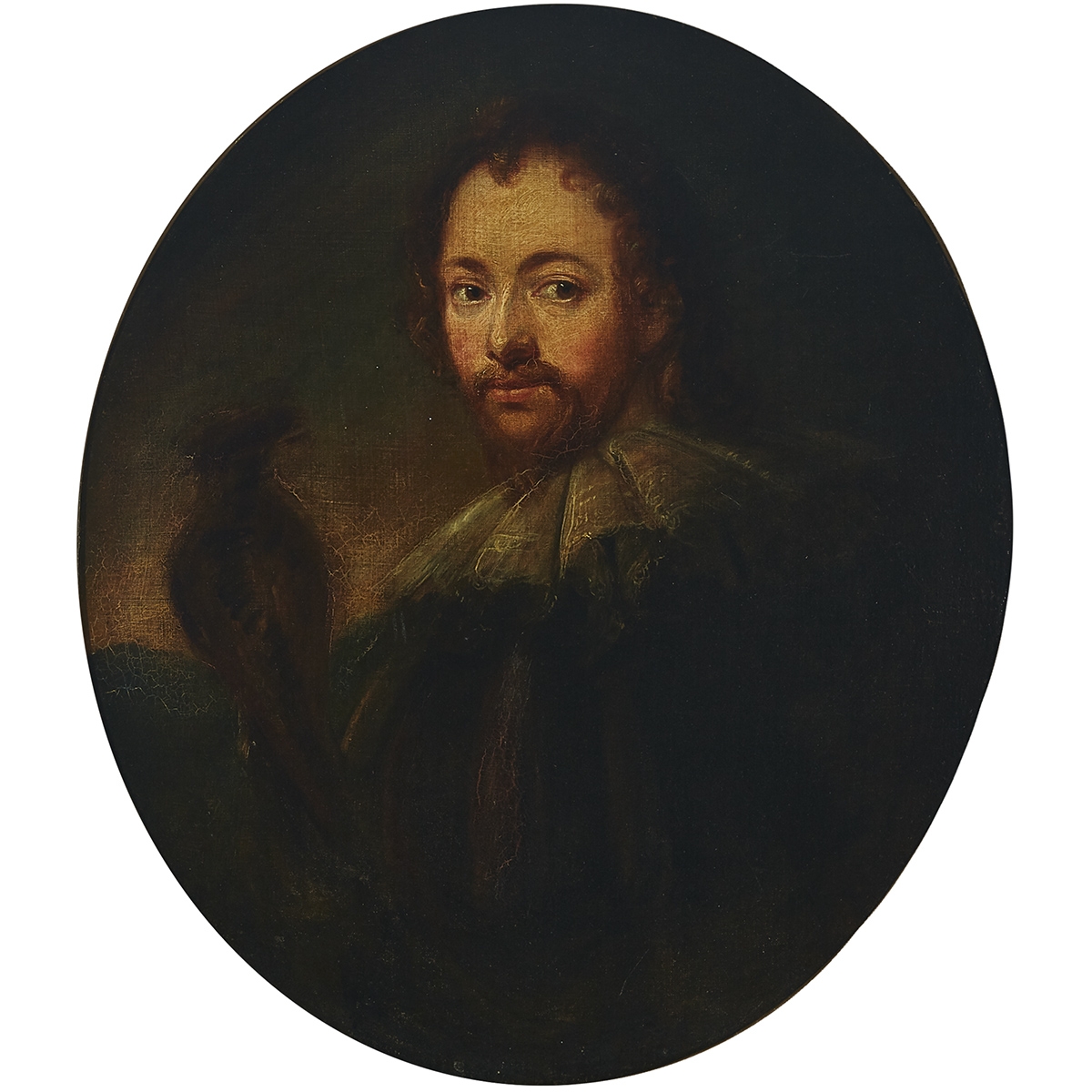 PORTRAIT OF A GENTLEMAN HALF-LENGTH, TO THE LEFT WEARING A BLACK CLOAK WITH LACE RUFF, HOLDING A FALCON AT HIS LEFT, IN A LANDSCAPE AT DUSK

In a letter to Mr. Lewis from Mr. Zimmerman, dated April 4, 1941, the writer suggests that this lot is possibly a portrait of the English courtier and diplomat Sir Kenelm Digby (1603-1665). Van Dyck and Sir Kenelm were great friends, and the artist painted several portraits of him.

"The ornament of England", Digby born July 11th, 1603 at Gayhurst, was one of the most picturesque and versatile of historical figures, combining the roles of courtier, naval commander, statesman, philosopher, and scientist. Over the course of his life thereafter he became involved in every pursuit imaginable. For a while he was employed as a privateer attacking and plundering foreign vessels under the blessings of the English government with his flagship the Eagle. He was also an inventor – he owned a glassworks that designed the modern wine bottle that is still in use today. At another point in his life he was England’s head of lighthouses.

He also wrote many books on various topics (including two books on philosophy and a cookbook).

The portraits of him, before his wife Venetia's death in 1633, depict him as a courtier in velvet and lace and those after she died as a recluse in a black gown.

In our opinion, this portrait is a mid 17th Century work executed by a Follower of Sir Anthony van Dyck.