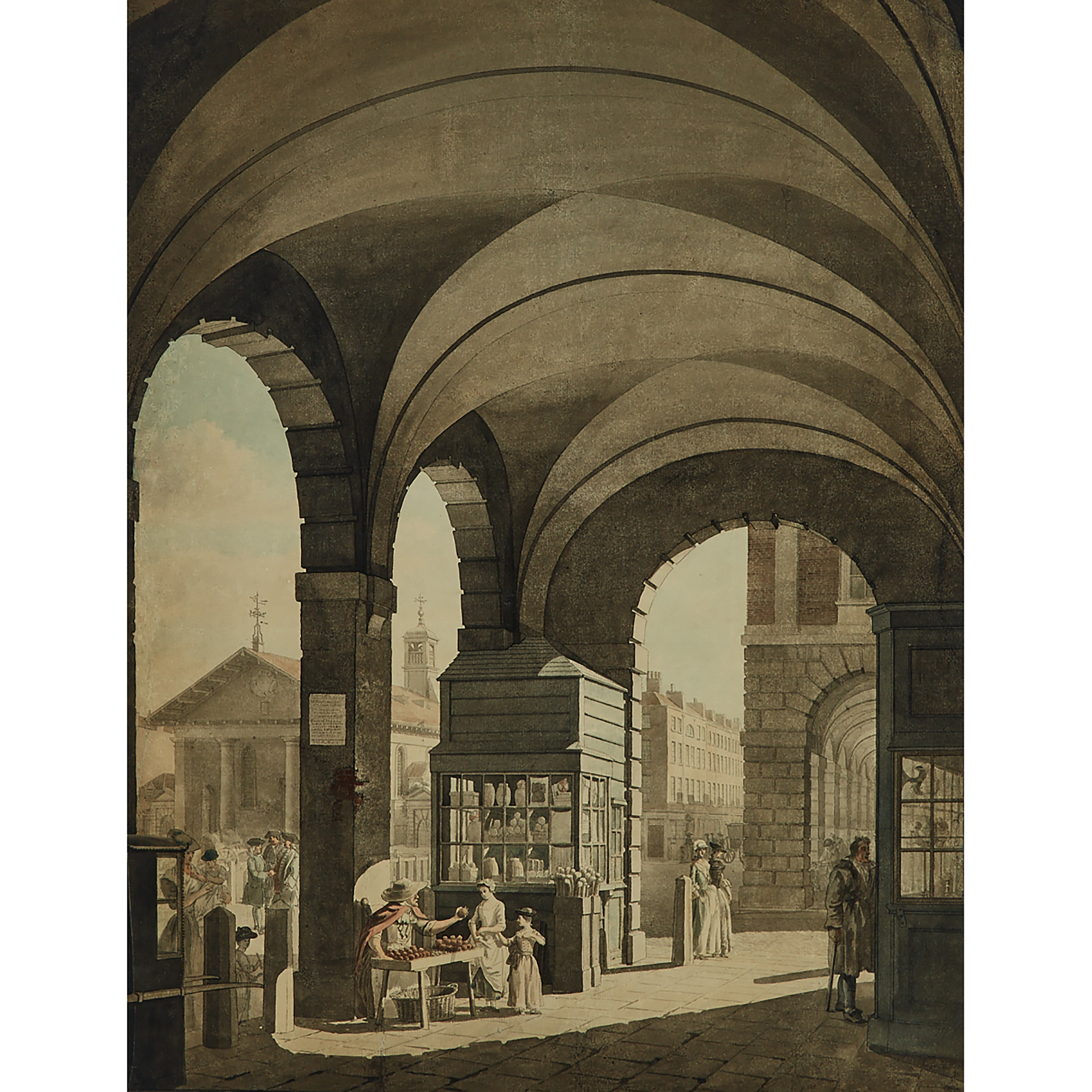 A FRUIT SELLER IN THE COLONNADE NEAR SAINT PAUL’S CHURCH, COVENT GARDEN 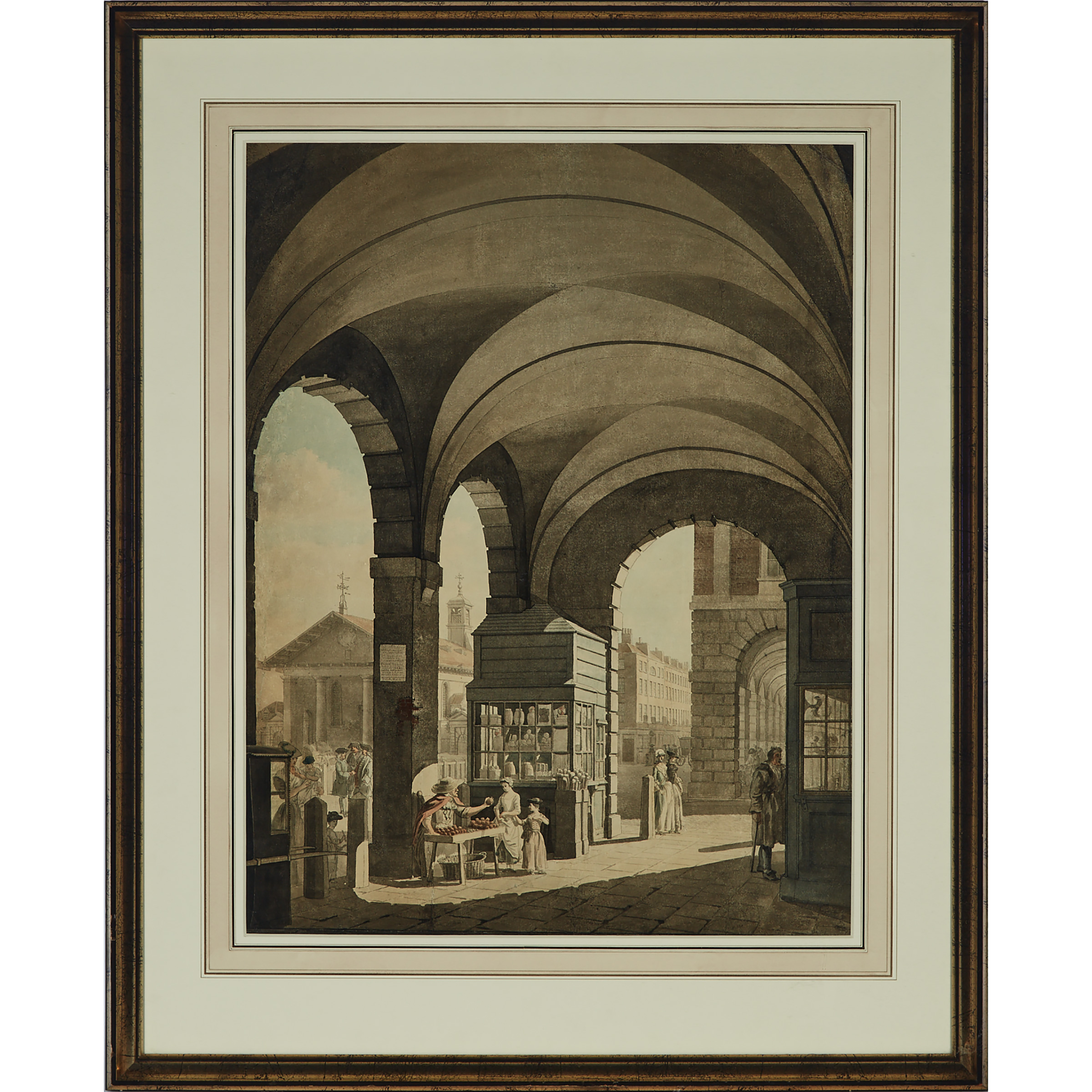 Museum of London, Exhibition for the opening of the new Covent Garden in August, 1980

Sandby, a drawing master in Nottingham, moved with his brother Paul to London in 1742 where he worked as a draughtsman at the Tower. In 1743 he was appointed to the Duke of Cumberland’s staff, serving in the Flanders Campaign of 1743 and 1745, in Scotland during the Rebellion in 1745 and again in the Low Countries from 1746-1748.

He was a founding member of the R.A. and its first Professor of Architecture. At Windsor, he rebuilt Cumberland Lodge and was responsible for development of the town of Virginia Water. He designed the Freeman’s Hall in London.

Sandby made a number of drawings of the Colonnade in Covent Garden and it is likely the figures were drawn by his brother Paul. There is a smaller version of this drawing, with fewer figures, in the Mellon Collection at Yale (illustrated in the catalogue, “English Drawings and Watercolours 1550 – 1850 in the Mellon Collection”, The Pierpoint Morgan Library, New York, 1972, No. 29). Other versions are at Windsor (A.P. Oppé, “The Drawings of Paul and Thomas Sandby at Windsor Castle”, 1947, No. 164) and in the British Museum (LB 3, 17, 18, 19)