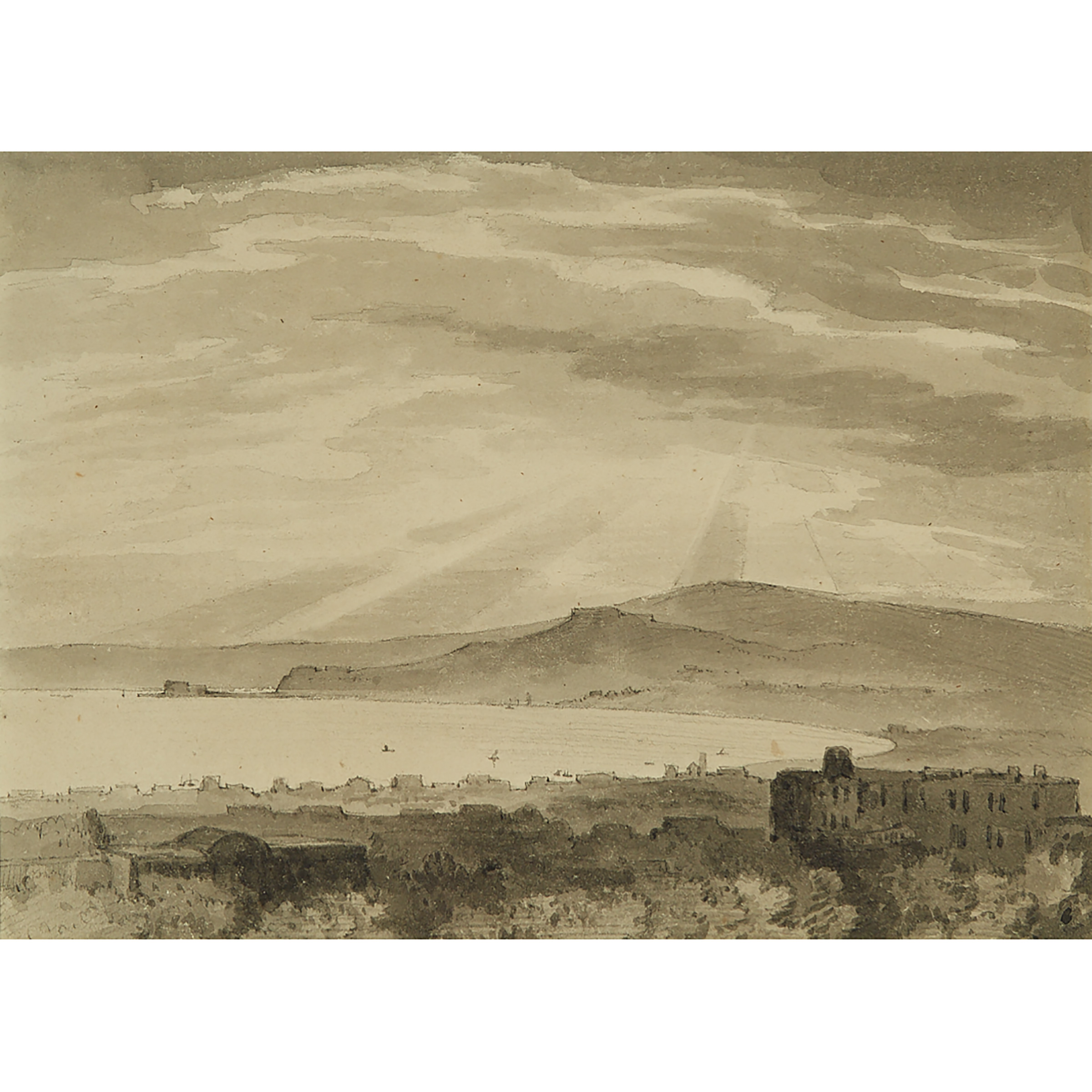 Pencil, pen and grey wash on paper; titled “Portici” in the margin below the image bottom centre, inscribed “Dutuit” in the upper margin, signed “Cozens” in sepia ink verso and inscribed by another “Portici, with the Royal Palace on the right” and further inscribed: “J.R. Cozens was at Portici in Aug. 1782” in pencil verso and to a green label from previous framing affixed to the present backing paper verso
Image/Sheet 7 x 9.25 in — 16.5 x 23.5 cm; 8.5 x 11.5 in — 21.6 x 29.2 cm

John Robert Cozens made two trips across the Alps and to Italy first in 1776-1779 and then in 1782-83 with William Beckford (1760-1844) of England as his draughtsman. Beckford was also a patron and commissioned Cozens to record Italian views before they commenced their journey in May 1782. The artist took several sketchbooks with him. On this trip, Cozens and Beckford travelled to Naples via Venice, Padua and Ferrara.

They arrived in Naples in early July, 1782 where they were guests of Sir William Hamilton (1730-1803), the British Envoy in Naples. Cozens sketched this bird’s-eye view of Naples from the villa in which the artist and his draughtsman stayed the summer of 1782.

Cozens returned by himself to Rome and from there back to England in 1783. The sketchbooks executed during the tour provided material for watercolours he produced over the next nine years in London.

Beckford kept the larger, finished watercolour related to the drawing in this lot. Entitled “Naples and the Bay Seen from the Villa of Sir William Hamilton at Portici” and dated 1782, it was completed in different tones, in monochromatic shades of blue, and measuring 9.1” x 14.3” (23.2 x 36.5 cm)

The seven sketchbooks that have survived from Cozens’ tour are housed in the Whitworth Art Gallery, University of Manchester.