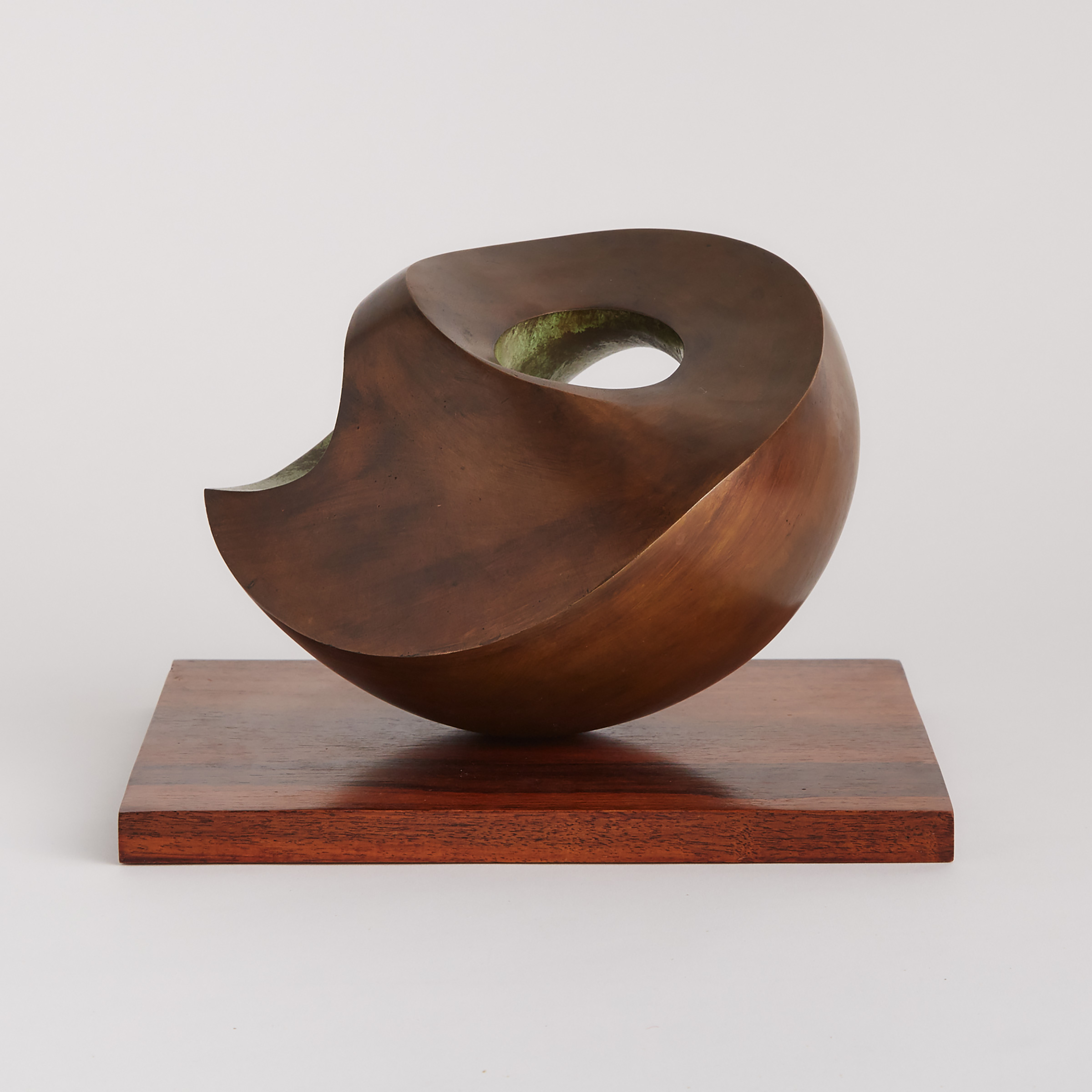 In 1946 Barbara Hepworth carved in limestone, "Involute I" [BH 135]. This unique stone carving was exhibited at Lefevre Gallery, London, in 1946, Cat. No. 23. The original stone sculpture was purchased by Mr. T.A. Tachmindji. In 1968 he brought the sculpture back to Hepworth for cleaning. They agreed to use the stone as a model to create a limited edition of nine bronzes, plus one artist cast by the Morris Singer foundry, London. The bronzes, including this lot from the edition, were all sold to private collectors.

This cast was delivered from the Morris Singer foundry in February 1969 according to the Hepworth archival records.

We are grateful to Dr. Sophie Bowness for her assistance in cataloguing this work. This lot will be recorded as Involute, 1968 [BH 470] in the revised Barbara Hepworth catalogue raisonné of sculptures being prepared by Dr. Sophie Bowness.

This two-volume autobiography is of Canadian art dealer G. Blair Laing, born 1911. Famed as an art dealer for donating an important collection of J.W. Morrice paintings to the National Gallery of Canada, Laing ran one of the country's foremost private art galleries, handling the best Canadian artists out of his Toronto location for much of the 20th century. His gallery was the first commercial gallery in Canada to exhibit and sell the work of Barbara Hepworth, Henry Moore, Marino Marini and Giacomo Manzu.

Blair Laing, Toronto purchased directly from the artist in April, 1969;
From whom purchased by Cooper Campbell, Toronto in May 1969;
By descent to his daughter, Toronto;
By descent to the present Private Collection, Woodbridge, ON