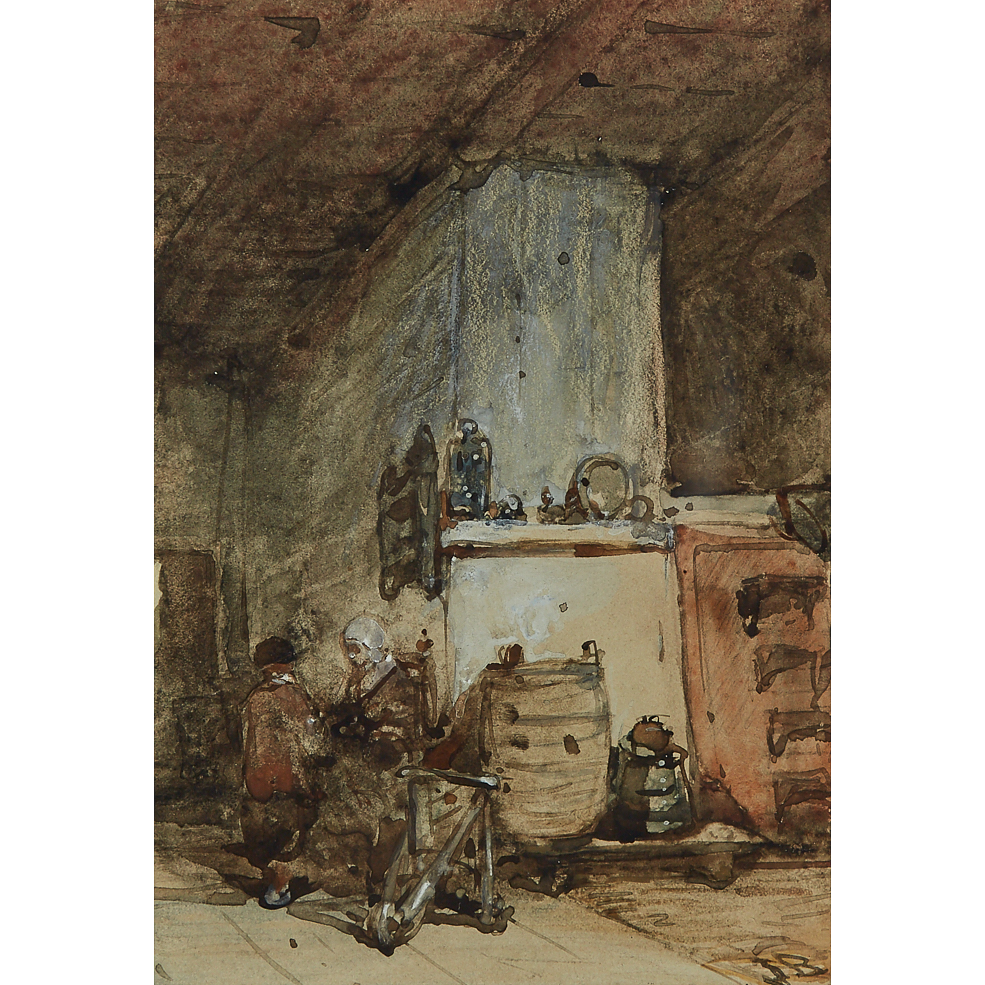 The catalogue states: "Another view of this room with a different figural arrangement is known; it depicts a man and woman at a round table in the corner with a cat in front of them. On the left side is a door and a bench; on the right, the small wall arrangement with an open door. Exh.: Larensche Kunsthandel, Amsterdam (1917); Literature: Marius-Martin (1917), p. 139. Another example is a cottage interior sold at Sotheby's, London (June 24, 1981)"

Former collection of C.W. Kraushaar;
E.J. Wisselingh and Co., Amsterdam as "Interior with Figures", No. 5182 label verso backing;
Sold by the firm to Mr. J.D. Patterson, Woodstock (1929);
Sold Waddington's, Toronto, in 1975;
From whom purchased by the present Private Collection, Markham, ON