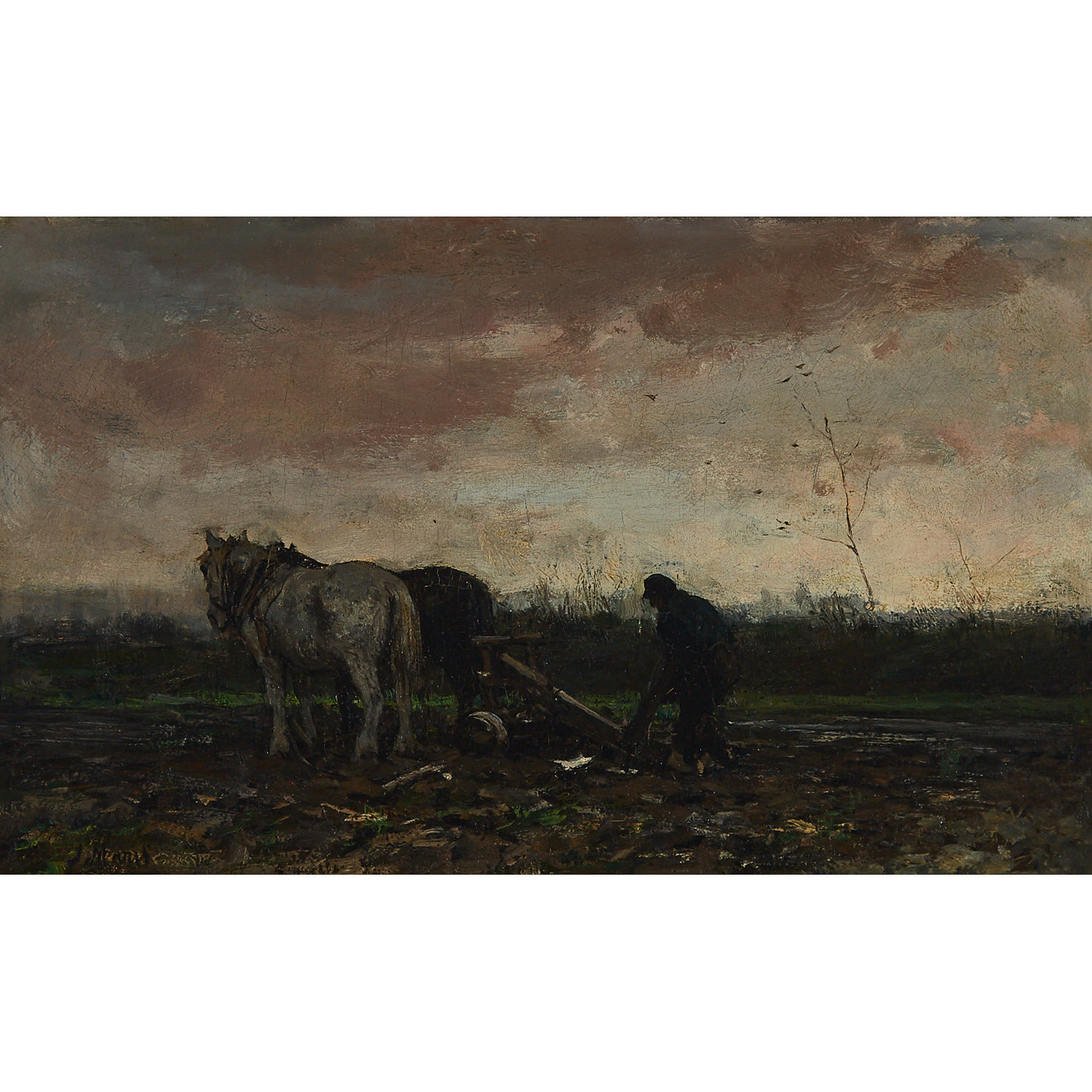 The AGO catalogue cites records at the RKD, in The Hague, of an almost identical painting entitled "Ploughing: Evening" (measuring close to the size of this lot: 21.6 x 45.0 cm). A watercolour related to this lot, called "Ploughing (22.0 x 45.0 cm) sold through Ivo Bouwman Fine Arts Ltd., No. 38 to a Private collector in the Netherlands. There are many other variations differing in various landscape details in the background. One in the Collection of Williams in New York was sold through the American Art Association (February 3, 1915, No. 104). Another painting was in the J. Day Collection and was auctioned by Christie's, London on May 13, 1909, No. 63. The firm of van Wisselingh in Amsterdam traded a similar painting in 1910 according to records at the RKD, The Hague

The Art Gallery of Ontario, Toronto in "The Hague School: Collecting in Canada at the Turn of the Century", May 7 - June 26, 1983, Cat. No. 24, p. 41, illustrated, while with the same Private Collection, formerly of Toronto