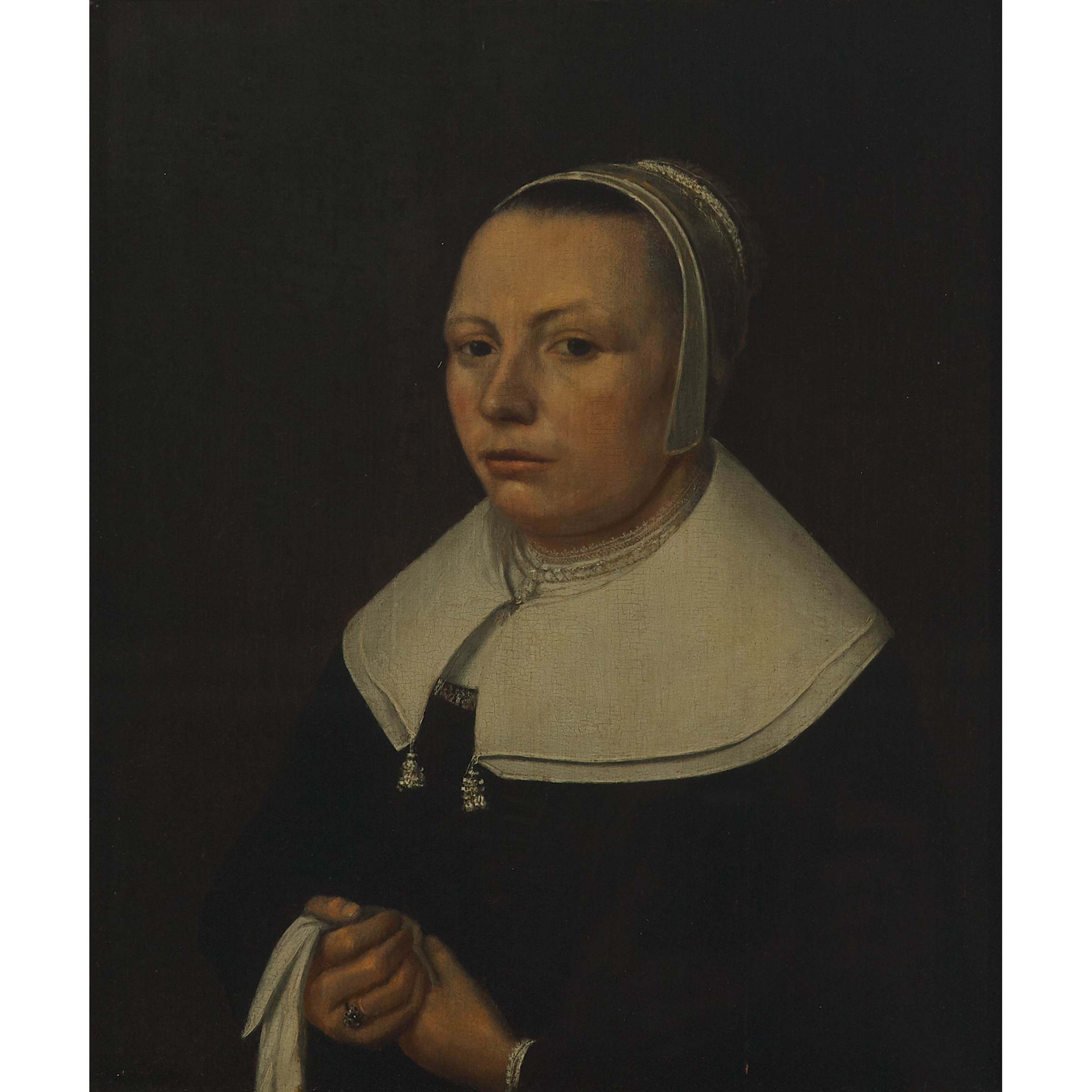 PORTRAIT OF A WOMAN 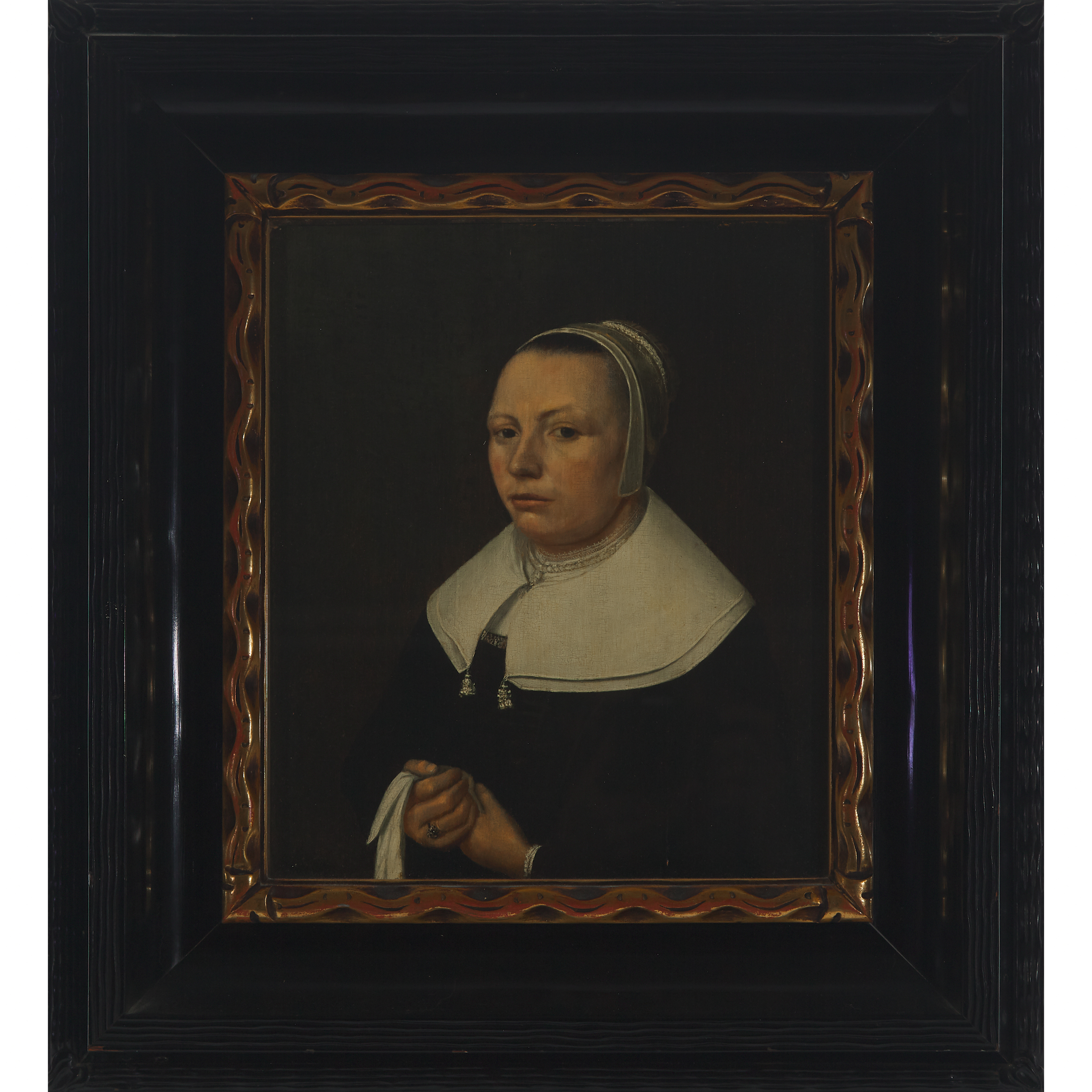 This early unsigned portrait was lent by Dr. Henry Sproatt of Toronto for the exhibition held at The Art Gallery of Toronto: "A Loan Exhibition of Portraits", from October 7 to November 6, 1927 as a work by "J. de Bray (1625-1680) Holland", titled 'Portrait of a Woman' with recorded measurements 12" x 13", Cat. No. 15, not illustrated

Jan de Bray was born in Haarlem into a creative, cultured family. He was one of of the most important portrait painters in Harlem in the latter part of the 17th Century. His father, Salomon de Bray (1597–1664), the architect and poet, with whom Jan presumably studied, operated a studio with his three sons: Jan, Dirck and Joseph. Salomon and his sons occasionally made more than one version of their paintings.

Jan de Bray was the most famous pupil of his father. He was known as the "pearl in Haarlem's crown" to his contemporaries. He spent most of his career working in Haarlem, where he was for many years dean of the Haarlem Guild of St. Luke. His brother Dirck de Bray was a flower painter who later became a monk in the monastery at Gaesdonck near Goch. His brother Joseph was also a painter.

Dr. Henry Sproatt (1866-1934), the original owner of "Portrait of a Woman", was a Canadian architect based in Toronto. He trained in Europe and New York. In 1899, together with the engineer, Ernest Ross Rolph (1871-1958), Henry founded the firm Sproatt & Rolph Architects in Toronto He would design many prominent buildings in downtown Toronto at the beginning of the 20th Century, including the Royal York Hotel, the Canada Permanent Trust Building, the Canada Life Building, The Bishop Strachan School, and several colleges at the University.

It is reported by the family that Henry purchased this work at an auction in London, UK. He had booked passage on the Titanic to cross the Atlantic on its maiden voyage, and included the painting as part of his luggage. In fact, it got as far as being loaded onto the ship with the rest of his belongings. However, Sproatt received a last-minute telegram requesting that he stay in London to meet regarding the construction of Hart House for the University of Toronto - thus saving this fine portrait and its owner.