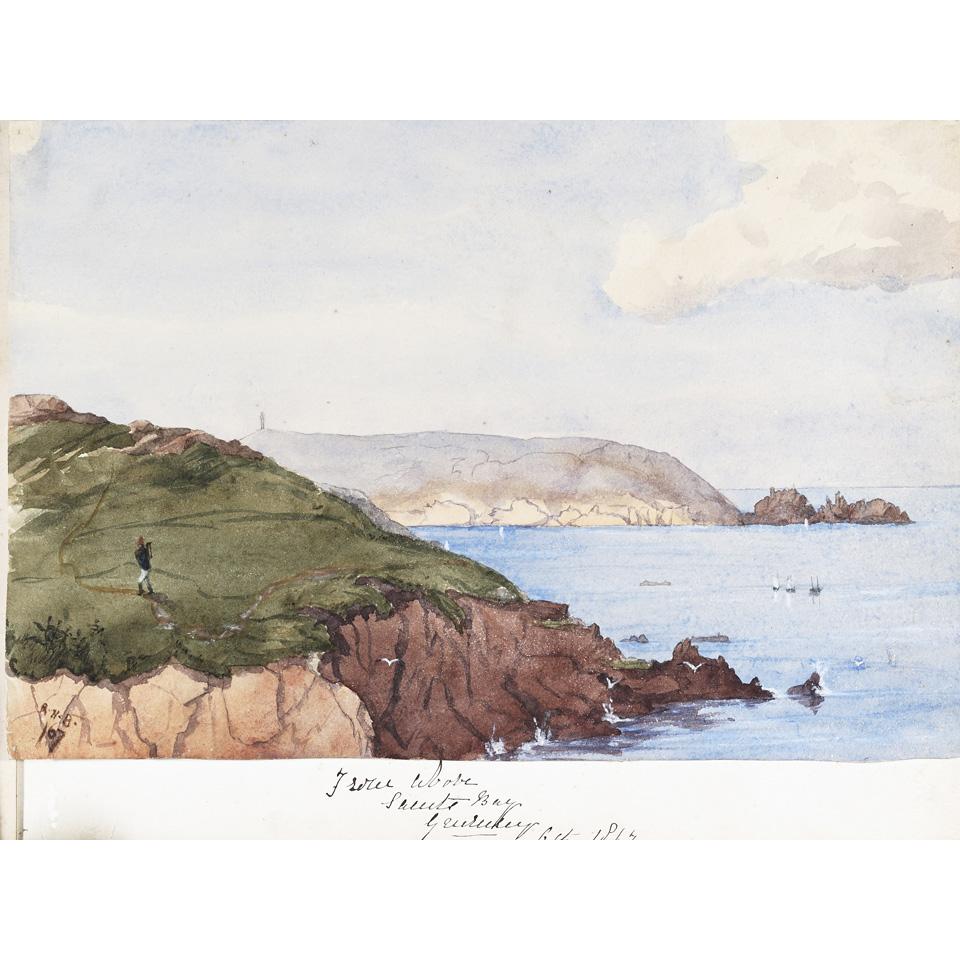 The British born artist was a 19th century gynecologist and author of two medical books: “Tumours: Their Characteristic Distinctions and Diagnosis” (Melbourne, 1876) and “The Evolution of the Diseases of Women (London, 1894)”. In 1886 while as a traveling doctor in Palestine and Syria, he developed tuberculosis. His health improved after his sojourn in the Channel islands in 1866 where he painted these views in 1867 prior to his move to Melbourne, Australia.

In 1913 the Doctor moved to British Columbia, Canada where he died at Miramichi.