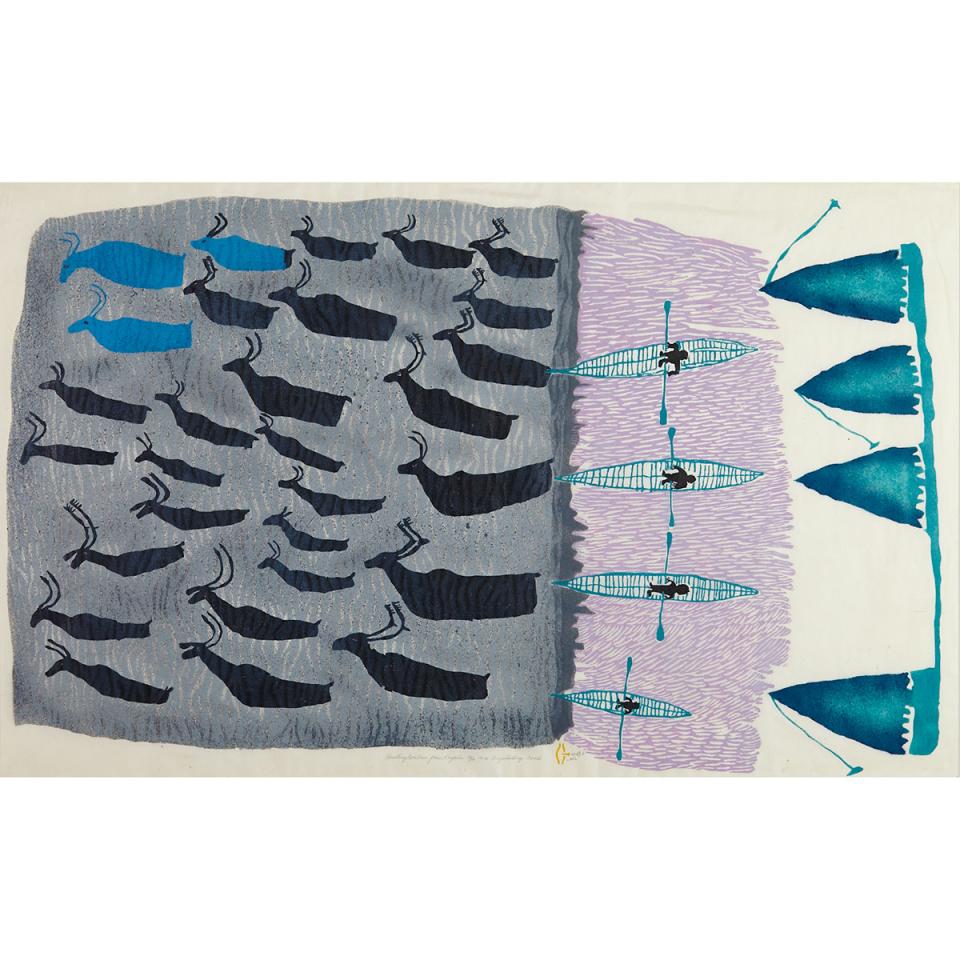 “In the autumn, the Inuit camped near the usual crossing places of the migrating caribou herds, hunting the animals from kayaks as they swam across the rivers. Anguhadluq shows from the distinct viewpoints the conical tents at the water’s edge, the hunters setting out in kayaks, and the caribou. Composed of four stonecuts and several stencils, both splattered and brushed, the print is of such technical complexity that an edition of only nineteen was pulled.” (Jack Butler in tape-recorded interview by John K. Robertson, spring 1976)