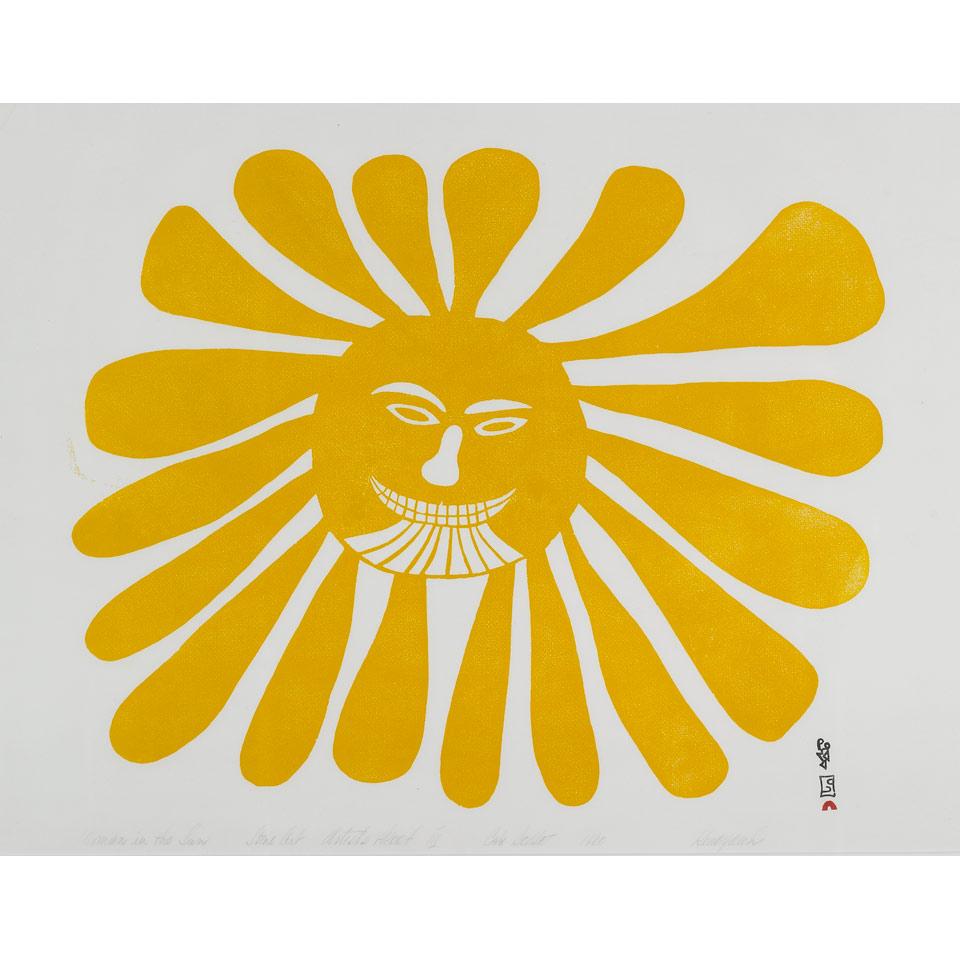 WOMAN WHO LIVES IN THE SUN

In the Eskimo culture the sun is feminine, ‘belonging to woman’. In her very personal style, Kenojuak portrays a joyful woman wearing the classic chin tattoo. Arts of the Eskimo: Prints, Signum Press, Montreal, 1974, pg. 36

Note: In Inuit mythology the sun and the moon were originally a sister and brother who had an incestuous relationship. In her anguish at discovering the identity of her lover, the sister rushed out of the snow house carrying a brightly burning torch. She was followed by her brother, whose torch was extinguished as they rose to the sky, where she became the sun and he the moon. From: The Inuit Print, The National Museum of Man, Ottawa, 1977, pg. 58

Note: The drawing for this image was originally attributed to Kenojuak Ashevak, she told Dorothy Eber in 1973 that it in fact was by her late husband Johnniebo, a statement later repeated in 1977 to Terry Ryan.

Note: Half of this print edition was pulled in red, the other in yellow.