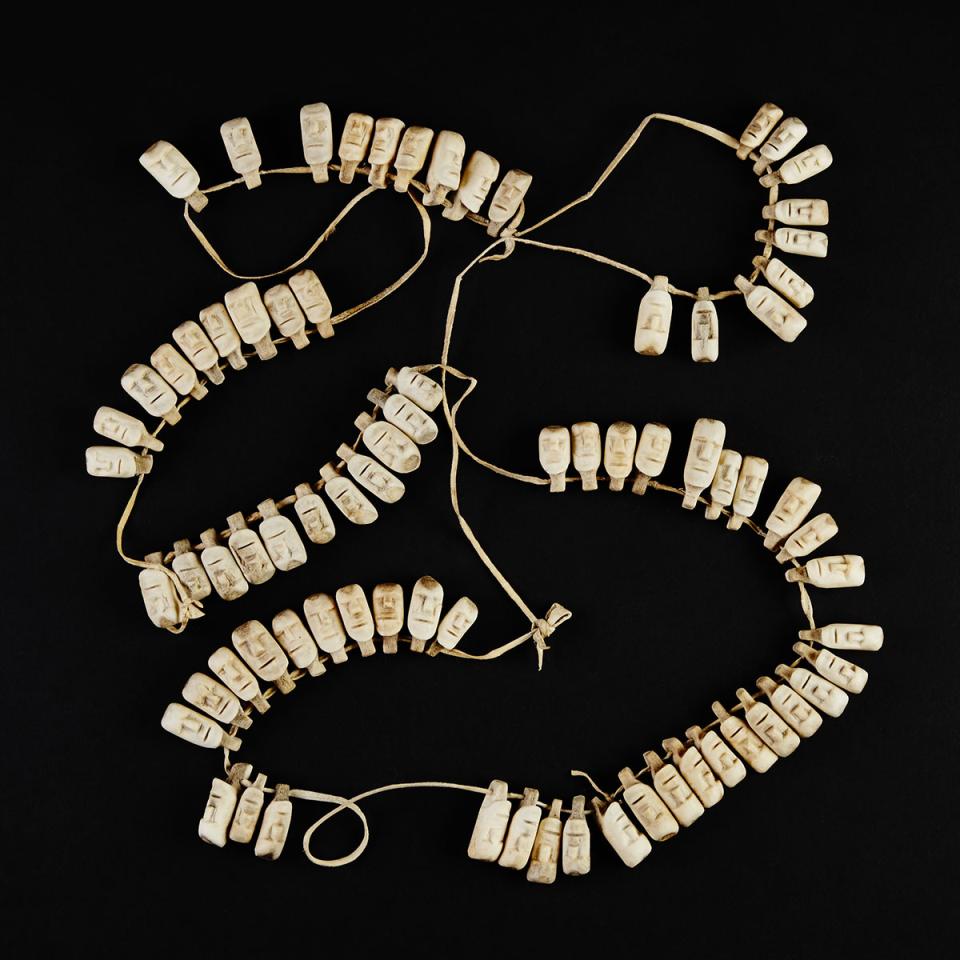 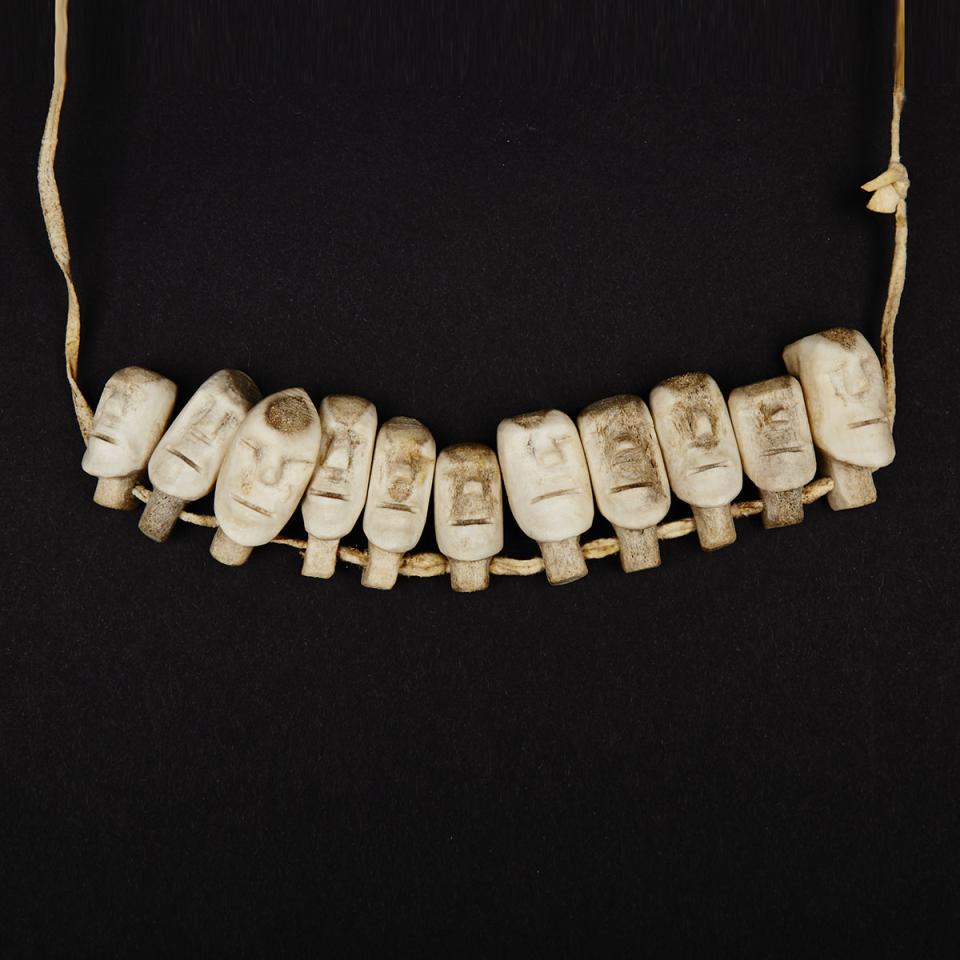 A traditional shaman’s belt was worn by the shaman (angakoq) in everyday life as well as during ceremonies. Its purpose was much like the amulets that people wore for protection and help from the spirit world. The difference was the types of objects that were suspended and the materials used, such as animal bones and teeth, ribbon or clothing scraps, sinew and carved images or objects. The belts were individualized to the shaman and his helper spirits. Iksiktaaryuk portrayed shamans wearing these belts (see lot 157 in this catalogue) and was clearly inspired by the belts in the fabrication of this exceptional work. Norman Zepp notes, “The amulet belt is an important feature of Iksiktaaryuk’s shamans” and that “the artist, and his community, believed in the angakoq.” In this case, the individual heads are as dramatic as one of his flying shamans, what is not obvious is what significance the number of heads holds or the number of heads in each grouping. Perhaps each grouping is a family within his community. As described in The Inuit Imagination, “Iksiktaaryuk’s carving style was unique; simple but expressive human figures, individually or in groups, carved from caribou antler, a material that is in itself a symbol of birth and regeneration.”