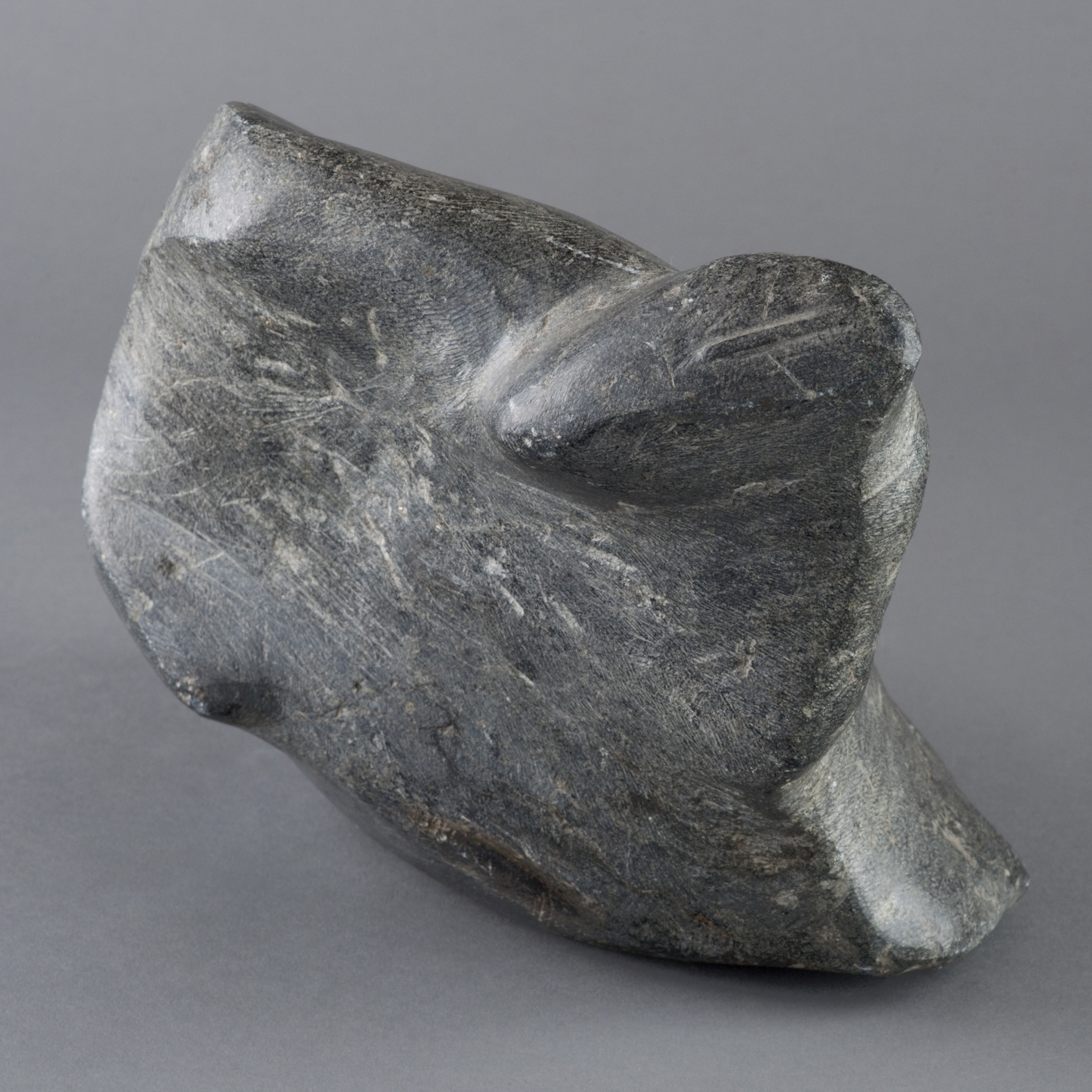 “In Crouching Hunter, the real concern is for the stripped away, underlying geometry of the poised, tense figure, the roughly carved stone seemingly bursting with barely controlled human energy.” (195)

“Compared to the work of his contemporaries, Pangnark’s carvings are generally small, but his forms are clean and bold, transformed from the abstract only by simple, straight-forward lines. Although it can be said that simplicity is a characteristic element of in most Eskimo art, it is rarely more pure than in the work of Pangnark.

His carvings are meant to stand, but he seldom smoothes the bottom enough. If people comment on this, Pangnark moves the carving all over the table until he finds a place where it will stand, or he bends over and squints at the level of the table or floor, saying the building is crooked. Inevitably, he has to give in and file a flatter spot on the bottom of the carving.”