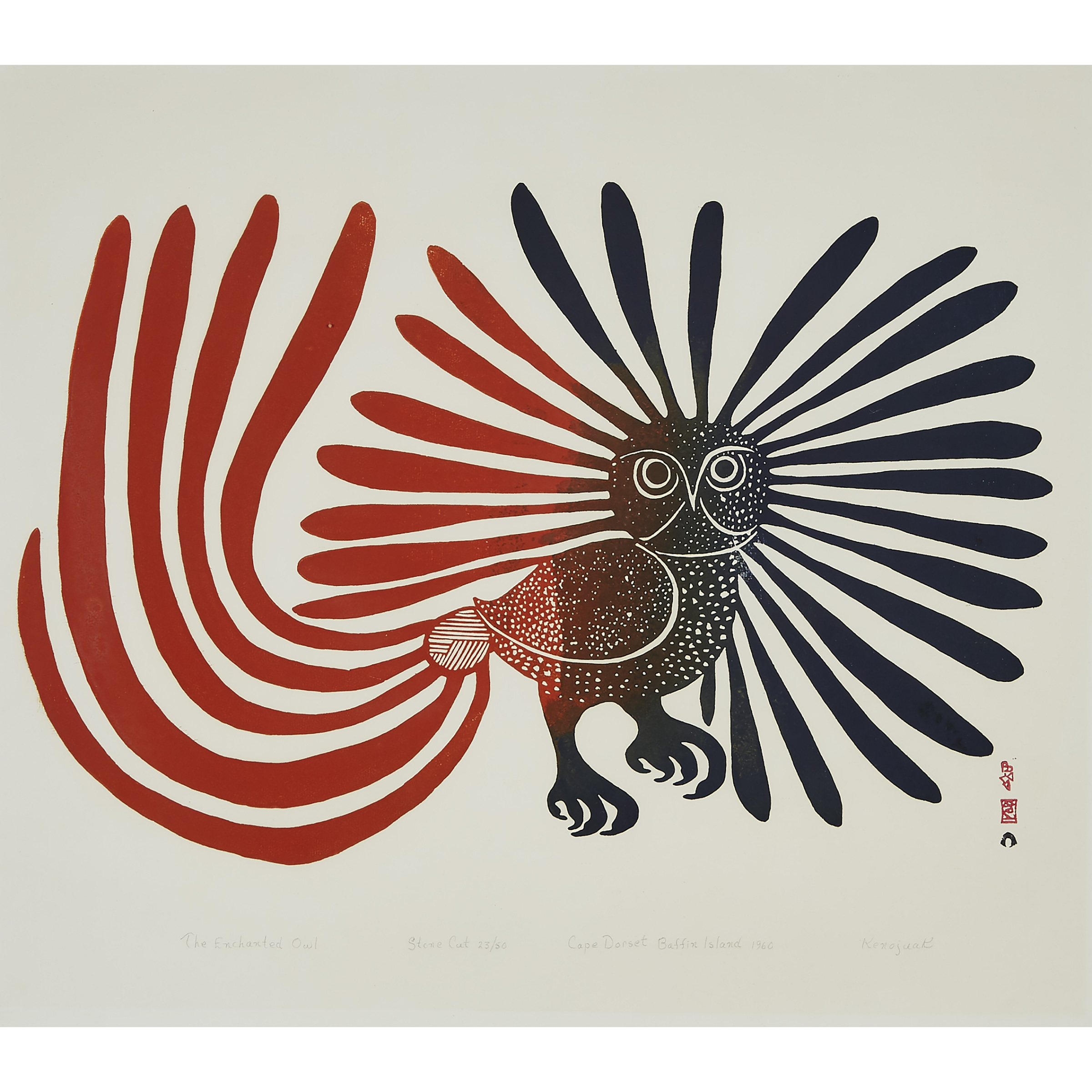 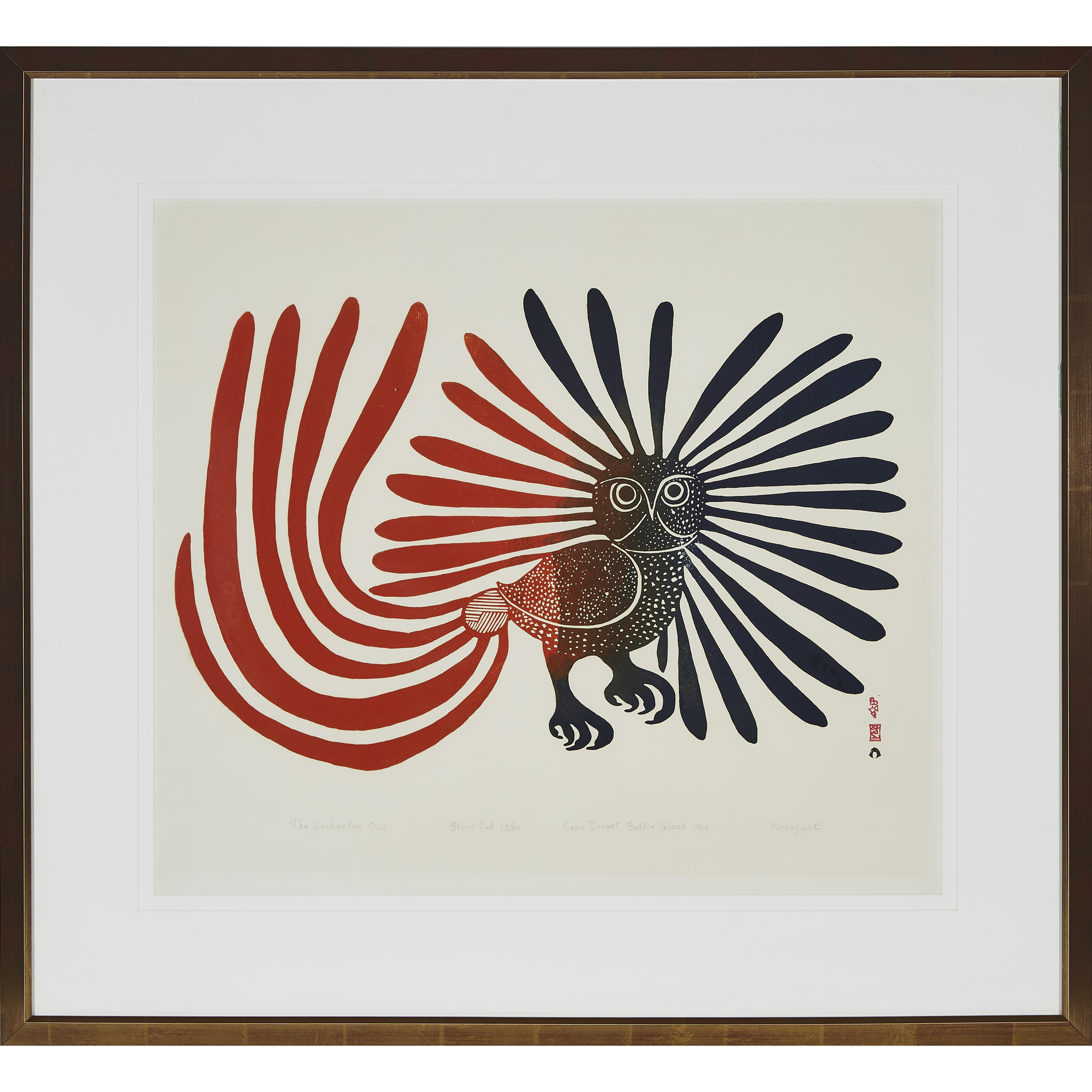 What is it about “The Enchanted Owl?” For close to sixty years, it has been the most famous and recognizable image in the Inuit art canon. For many of those years, it held the record for the highest price paid at auction for an Inuit print. Widely reproduced, most visibly on a Canadian postage stamp, its popularity puts it in the same league with such Canadian art icons as Tom Thompson’s “The Jack Pine.” In fact, if you Google “most famous Canadian visual artists”, Kenojuak Ashevak appears in such august company as Emily Carr, Jean-Paul Riopelle, Mary Pratt and David Milne.

Why is The Enchanted Owl so enchanting, after all these years? John Westren, in his clever and insightful essay, “Toward the Millennium,” published in “Cape Dorset Prints: A Retrospective,” says that it may be the perfect print, suggesting “almost endless possibilities of charm and delight.” He goes on to say, however, that it is a product of its time, “belonging to the overall world of 1960 design and culture.” Perhaps, but in my experience, people still love this image. It may be wistful and wishful thinking that we project onto the images we love, but for many reasons, Kenojuak’s “Enchanted Owl” continues to charm and delight.

The image is a study in striking contrasts. The bold, two-colour division; the exaggerated plumage radiating from the body of a small owl; the oversized and powerful talons contrasted with the pleasing face of the young owl, whose eyes engage the viewer with an intelligent, curious gaze. It adds up to an image that is, as many have noted, “compositionally perfect.” These are the hallmarks of Kenojuak’s signature style. She was never a realist, but, like most Inuit, she had keen powers of observation developed over a lifetime of living on the land and among the birds and animals that she loved to draw. She was often asked if she had a favourite print, and she always answered, “my Enchanted Owl.” It was the only print she proudly displayed it in her home in Cape Dorset.

I have had the pleasure of visiting Kenojuak at her home many times, and I think “The Enchanted Owl” is a reflection of the woman herself: strong, authentic, enduring and enchanting.