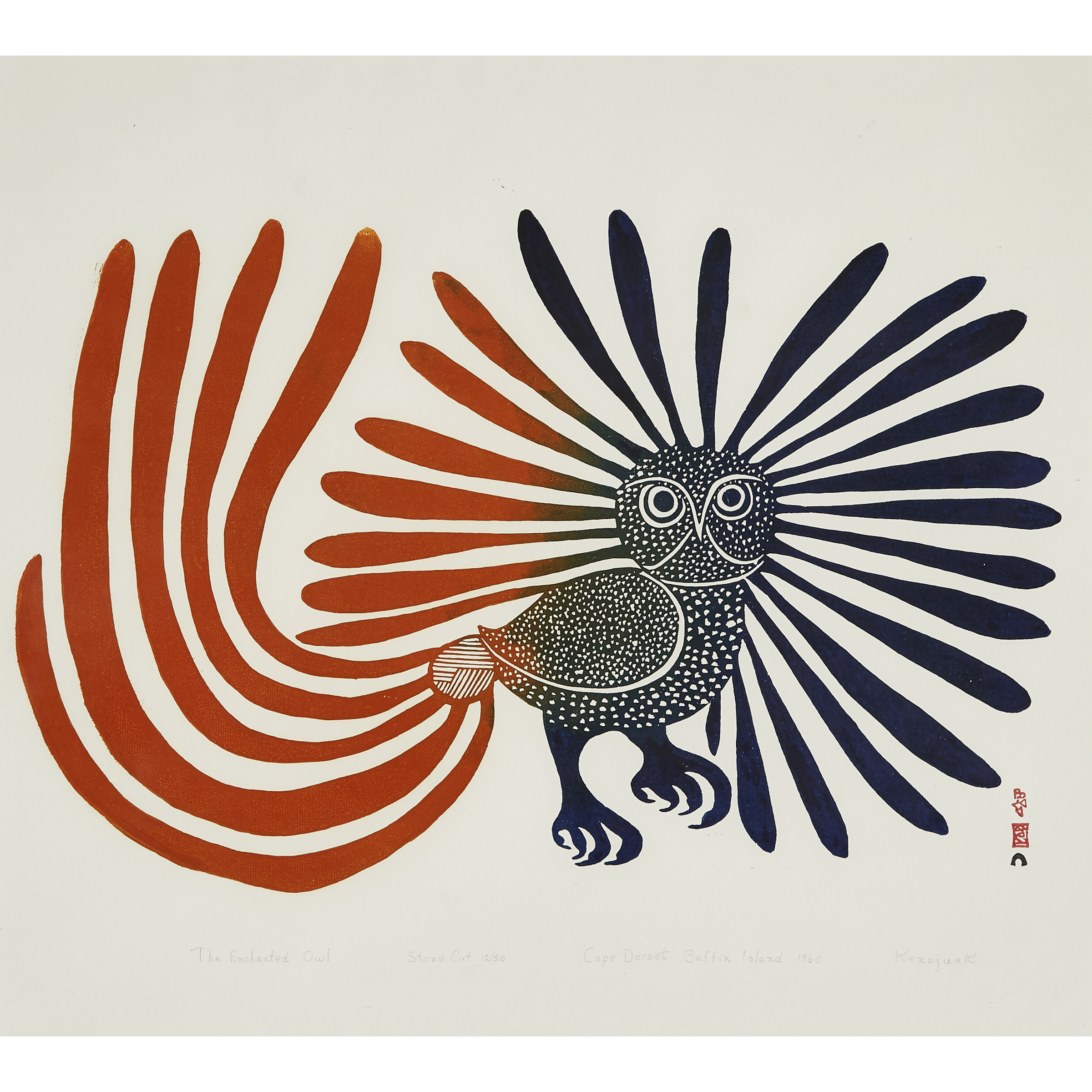 Kenojuak Ashevak lived nomadically between Baffin Island and Northern Quebec (Nunavik) in the traditional Inuit way. She learned to craft, often using the sinew of caribou and sealskin, from her maternal grandmother. Ashevak devoted more time to creating art after meeting with collector James Houston and his wife Alma. Houston recalls that she was hesitant to draw because she felt that she did not possess the required skills and that drawing itself was the occupation of men. Nevertheless, she prepared numerous drawings in pencil upon their next meeting.

With the assistance of the Houstons, Ashevak produced her first print in 1958. Less than two years later, she created this seminal work, The Enchanted Owl, which remains among her most recognizable and beloved. The animal seemingly explodes in a plume of shimmering feathers while it acknowledges the presence of the viewer. Its wondrously dynamic movement animates the composition while suggesting that the owl is caught in a moment of profound metamorphosis, perhaps from the physical plane into the spiritual world.

Owls feature prominently in Inuit oral histories and some communities look upon them as cyphers of wisdom. The Enchanted Owl is typical of Ashevak’s early work and its capacious use of negative and positive space; moreover, the work’s meticulous patterning and pulsating contrasts of colour are heightened by the quality of her linework. In 1970, the Canada postal administration included the print on their 1970 stamp to commemorate the centennial of the Northwest Territories. This contributed to the work becoming one of the most iconic images from Canada.

Ultimately, The Enchanted Owl impacted Ashevak in ways we may never know as it was the only print she hung in her Kinngait home.

Matthew Ryan Smith, Ph.D., is the Curator and Head of Collections at Glenhyrst Art Gallery in Brantford, Ontario.