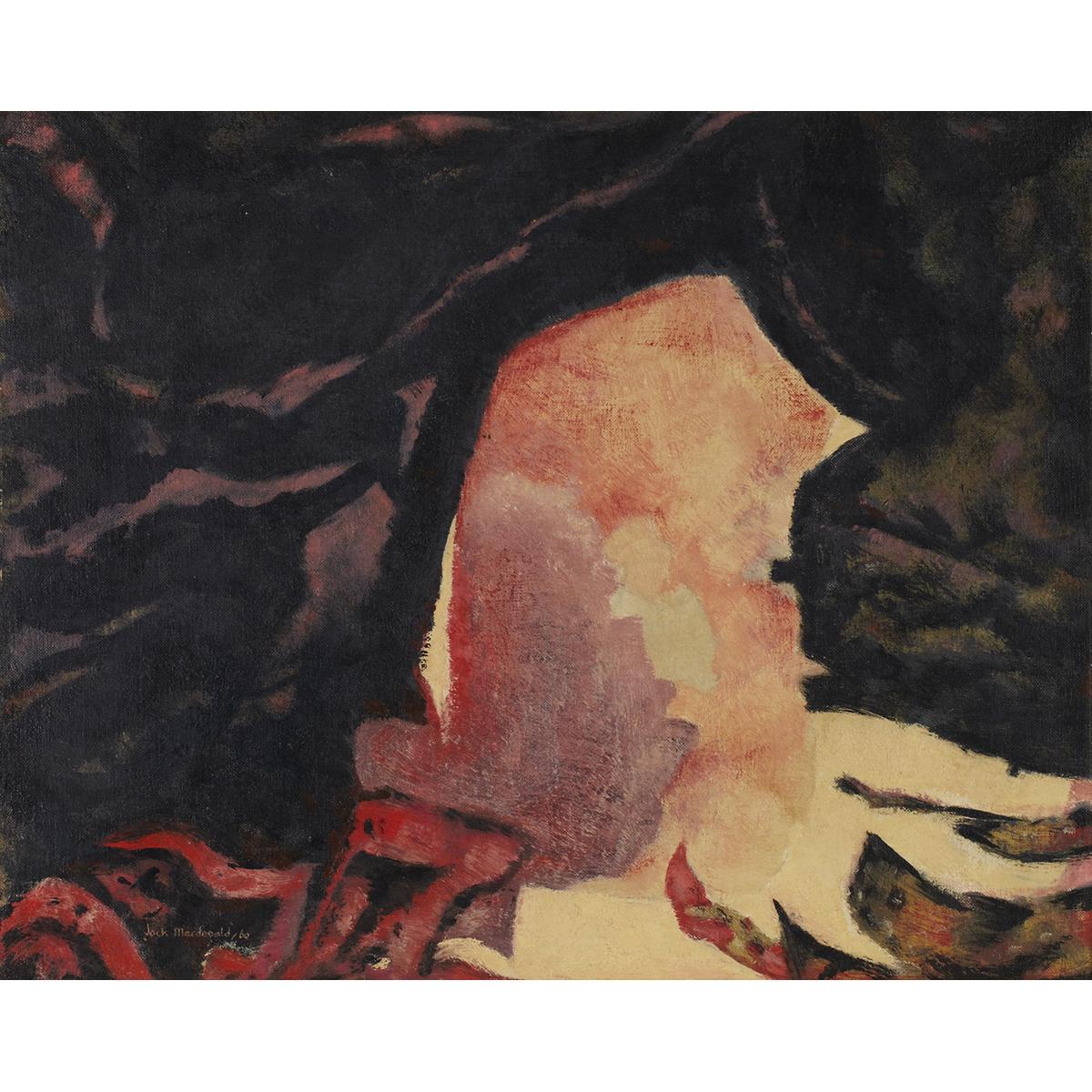 Jock Macdonald: A Retrospective, Roberts Gallery, Toronto, January 5-20, 1962, (also titled “Roseate Rapture” by the family of the artist according to the present owner).

Following a retrospective exhibition at the Art Gallery Toronto of Macdonald’s work in the spring of 1960, the artist had many doors open for him. Joyce Zemans notes how “the Roberts Gallery, which ‘previously…wouldn’t look at [his] stuff’ asked to represent him, taking six oils and six watercolours immediately. He was pleased in spite of the gallery’s former position, as Roberts was ‘an excellent gallery’.”

In “Plato’s Cave”, Macdonald depicts darkness and depth that contrast luminous, amorphous shapes with emanating red and cream coloured forms. Zemans writes that “Macdonald moved beyond the all-over composition to concentrate on a powerful central image. It is an image that comes alive primarily through colour and through the tension established between the fluid elemental shapes.” The title alludes to Plato’s “Allegory of the Cave”, a symbol for contrasts between ideas and the perception of reality. By not concerning himself with the representation of “natural appearances” Macdonald’s painting is not “an escape from life but may be a penetration into reality-and an expression of the significance of life…”

Always an inspiring teacher, Macdonald had a lasting effect on his students and colleagues. William Ronald, fellow Painters Eleven member, remarked: “I owe everything to Jock…Anything that I do is due to Jock. Without him I think I would still be in the third-year drawing and painting class.” “Plato’s Cave” highlights the philosophical views that Macdonald expressed throughout his painting career, continuously adding a deeper level of meaning to his art.