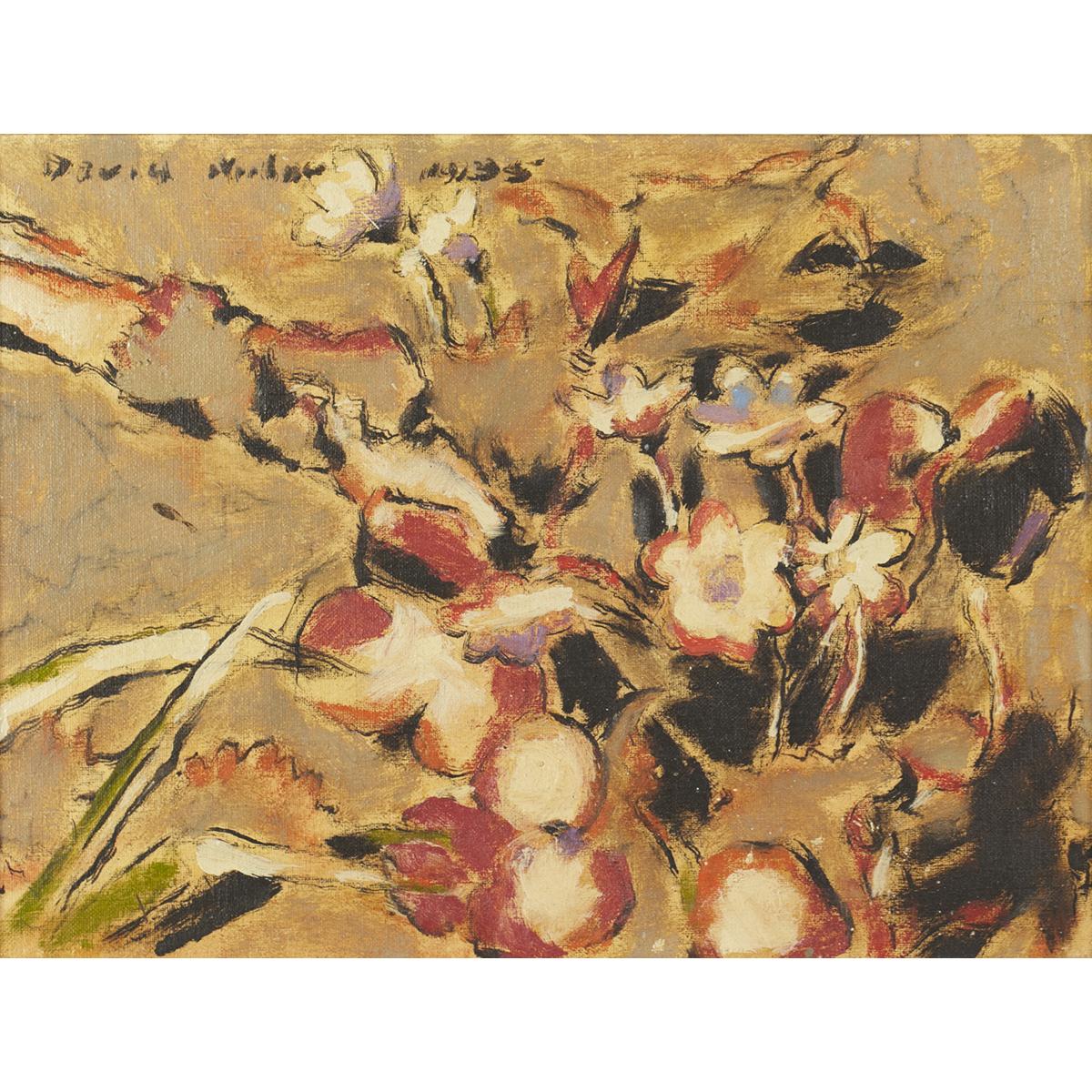 Milne was greatly inspired by flowers. A regular spring ritual for him was the first flower painting of the season. In 1932 he wrote to Alice Massey about one of his annual flower pictures that the Masseys had just purchased and gave the following account of its inspiration, which could apply as well to this lot:

“From as long as I can remember I have been a sufferer from spring fever. In the early days sulphur and molasses was the prescription for that – ridiculous, and unpleasant as well. I have worked out a treatment of my own. When the last snow banks have gone from the bush and the warm sun makes you think of sitting in the sheltered side of the hill rather than of walking where you feel the deadly fever stealing through you, go out to the bush and search for wild flowers, anything, hepaticas (pinkies of my young days), yellow lilies (dog tooth violets), trilliums, the little yellowish green ‘wood lilies’, jack in the pulpits. Bring them home and start shuffling them round with what you have at the time on your table until you get them fitted in with the painting motives of the moment, then start to paint. Keep it up for as long as you can get the flowers and you have cured and even forgotten the disease for the year.”

An important event occurred in the year this lot was painted. After viewing an exhibition of Milne’s paintings the previous year, a young philosophy student at the University of Toronto named Alan Jarvis became a passionate admirer of Milne’s work. Jarvis persuaded his friend Douglas Duncan to see Milne’s paintings and in 1935 they trekked to the artist’s cabin to make his acquaintance. They both became Milne’s close friends. Duncan had just founded the Picture Loan Society in Toronto and would become the artist’s agent from 1938 onward. Jarvis, who would become the director of the National Gallery of Canada from 1955 to 1959, was a champion of Milne’s work throughout his life.