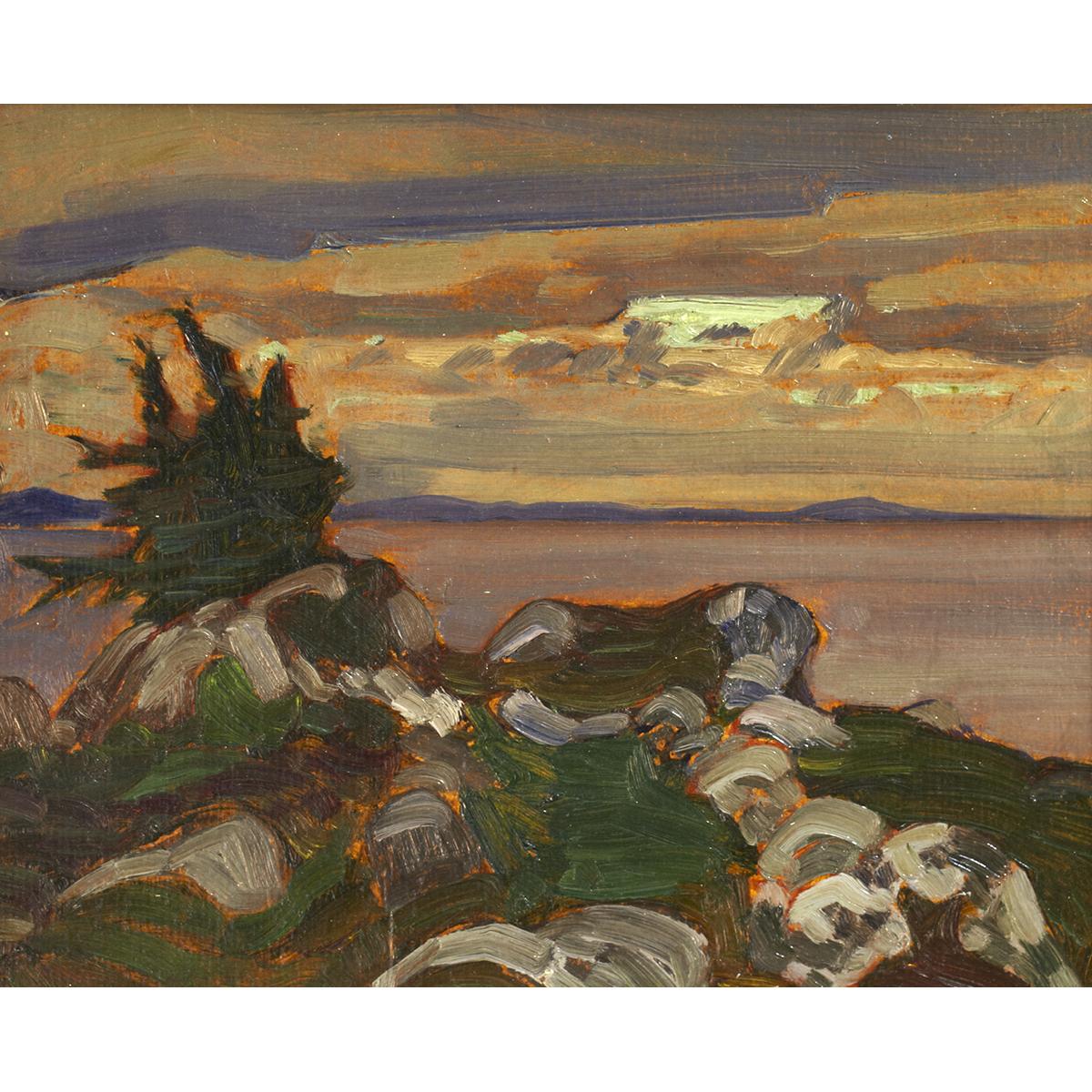 Recounting MacDonald’s travels and sketching in Nova Scotia, Paul Duval writes, “[i]n July, 1922, after his first year at the Ontario College of Art, MacDonald visited his lifelong artist friend, Lewis Smith, at Petit Riviere, Nova Scotia. He did a considerable number of sketches during more than a month-long stay, and he revived his old love of the sea he had acquired as a youth in England.”

“MacDonald spent his time at Petite Riviere going to local picnics and children’s plays, attending Buck Jones westerns at the local Classic Theatre, and sketching, usually alone, but sometimes with his friends, Lewis and Edith Smith. Unlike his Algoma period, he was unsure of his creative results. ‘I have made a good many sketches,’ he wrote. ‘How they stand I cannot say until I get them home, but they are different certainly. I may become something of a marine painter in addition to my other noted accomplishments. There is no doubt whatever that the Atlantic shore is superior to Lake Simcoe as a sketching ground.”

Petite Riviere is a small village on the south shore about 75 miles from Halifax and was a popular Nova Scotian holiday spot offering two beaches and a rolling landscape of field and woodlands.

J.E.H. MacDonald in Nova Scotia with Lewis and Edith Smith, Dalhousie Art Gallery, Halifax, 12 January to 25 February, 1990, no.25. Also shown at the Edmonton Art Gallery and the Beaverbrook Gallery, Fredericton.