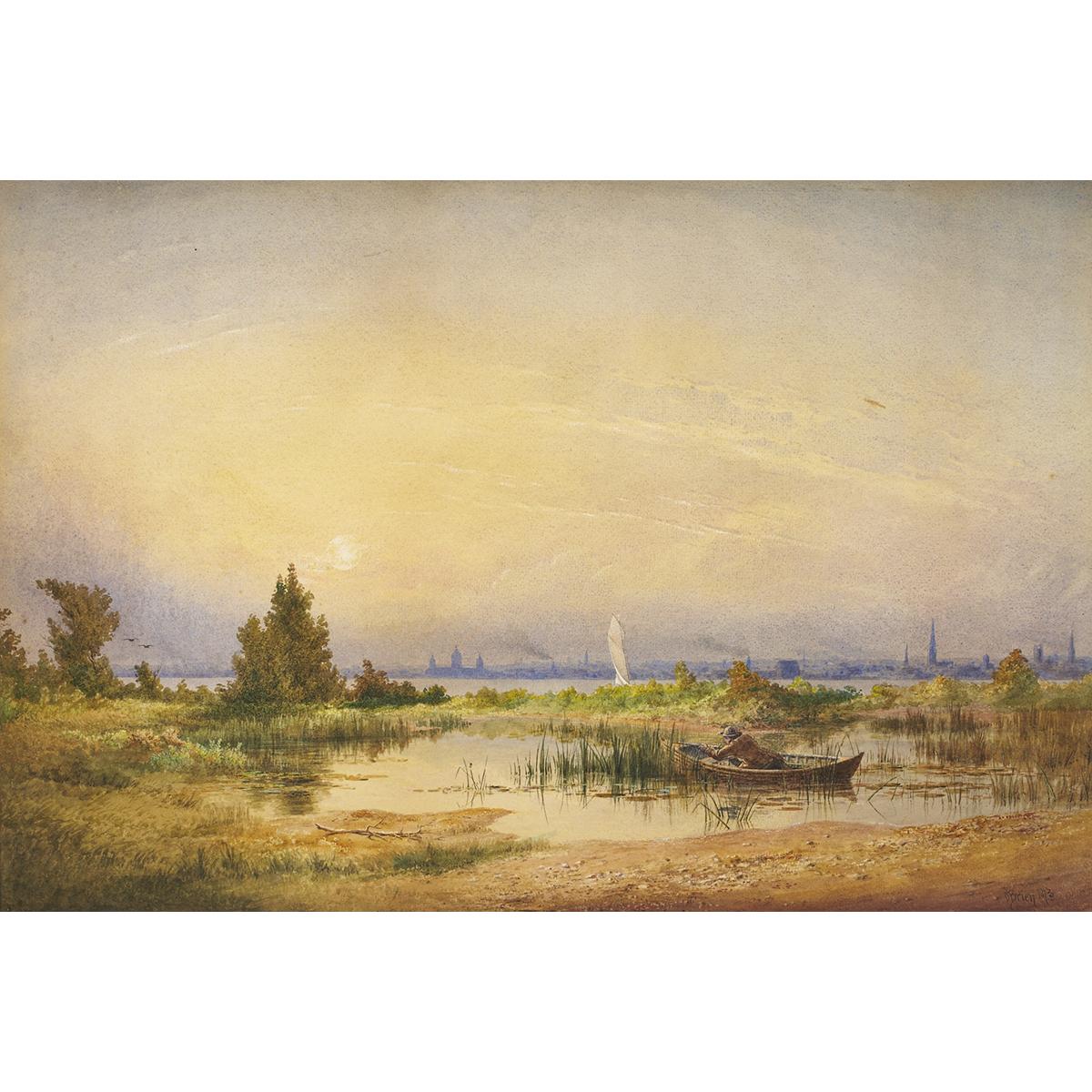 TORONTO FROM THE MARSH

Reid (1979) considers O’Brien to be the best of the painters of the mid-seventies: “His watercolours were seen to be ‘truthful, clear, and harmonious, and…the evident handiwork of a man keenly alive to the beauties of nature, and enthusiastically anxious to do faithful work…No other painter seems to understand Nature like Mr. O;Brien.” Indeed, these qualities of individuality, of thoughtfulness, of clarity and harmony are particularly evident in “Toronto from the Marsh.”

According to Reid (1990), this lot may have been included in the 1874 O.S.A. exhibition. “Toronto from the Marsh” presents the provincial capital as an attractive, indeed commanding, backdrop to an image of men in boats enjoying, if not living by, nature.