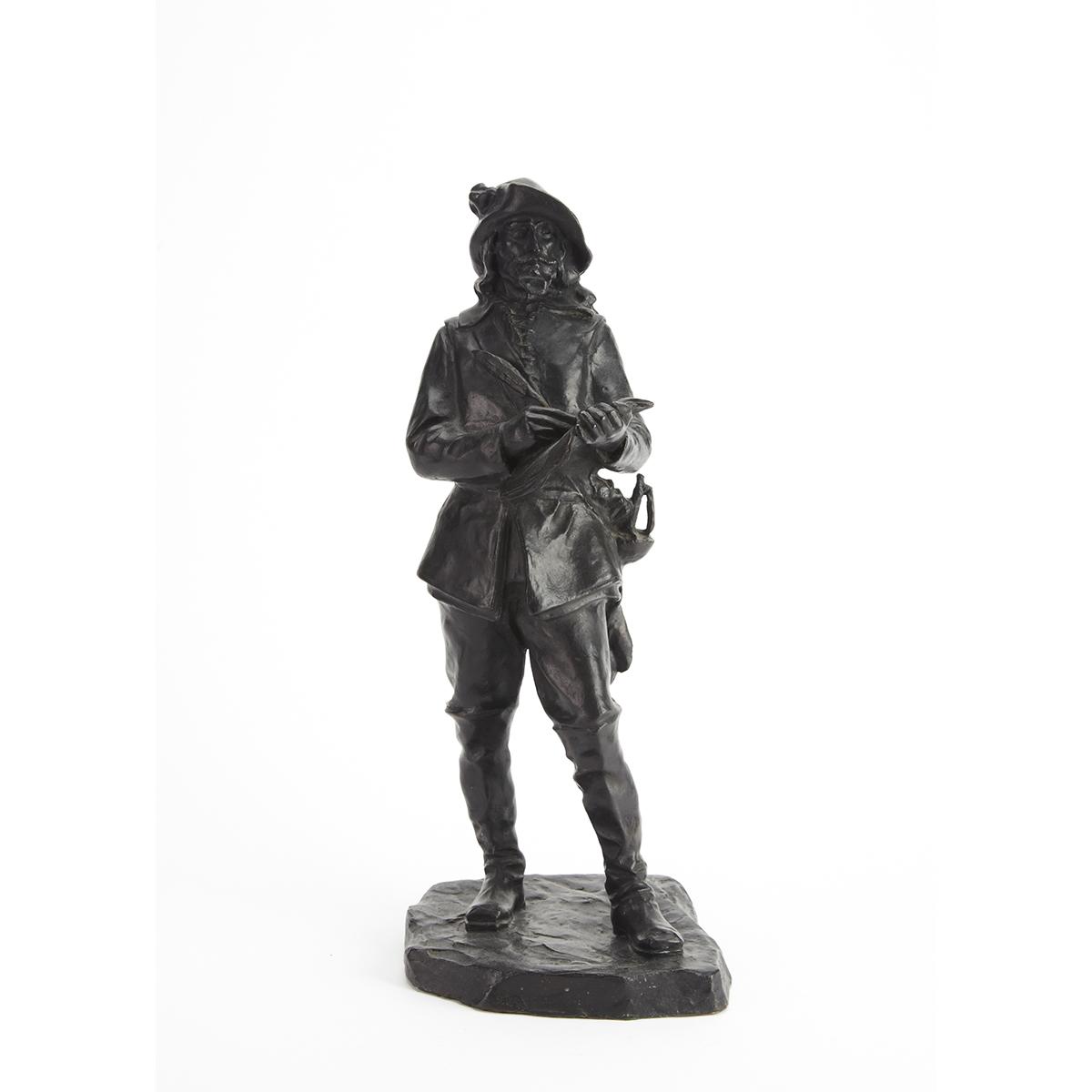 In 1923, Suzor-Cote was contacted by the Historical Monuments Commission in Quebec to create a statue of French Canadian explorer Louis Jolliet to be featured on a façade of the Parliament Building in Quebec City. Through the process of creating the final sculpture for the façade, the artist sculpted three different figures, each displaying individual attributes of the explorer: “L’Hydrographe”, showing the voyager recording details with a quill; “Le Pionnier”, presenting the same figure holding a surveying telescope; and “Le Coureur de Bois”, standing with a walking stick and bag of provisions over his shoulder. L’Allier notes that each of the three sculptures illustrated only one pertinent aspect of Jolliet’s character, leading to Suzor-Cote’s final representation of the explorer, “Jolliet”, as a less narrative version of the historic figure.