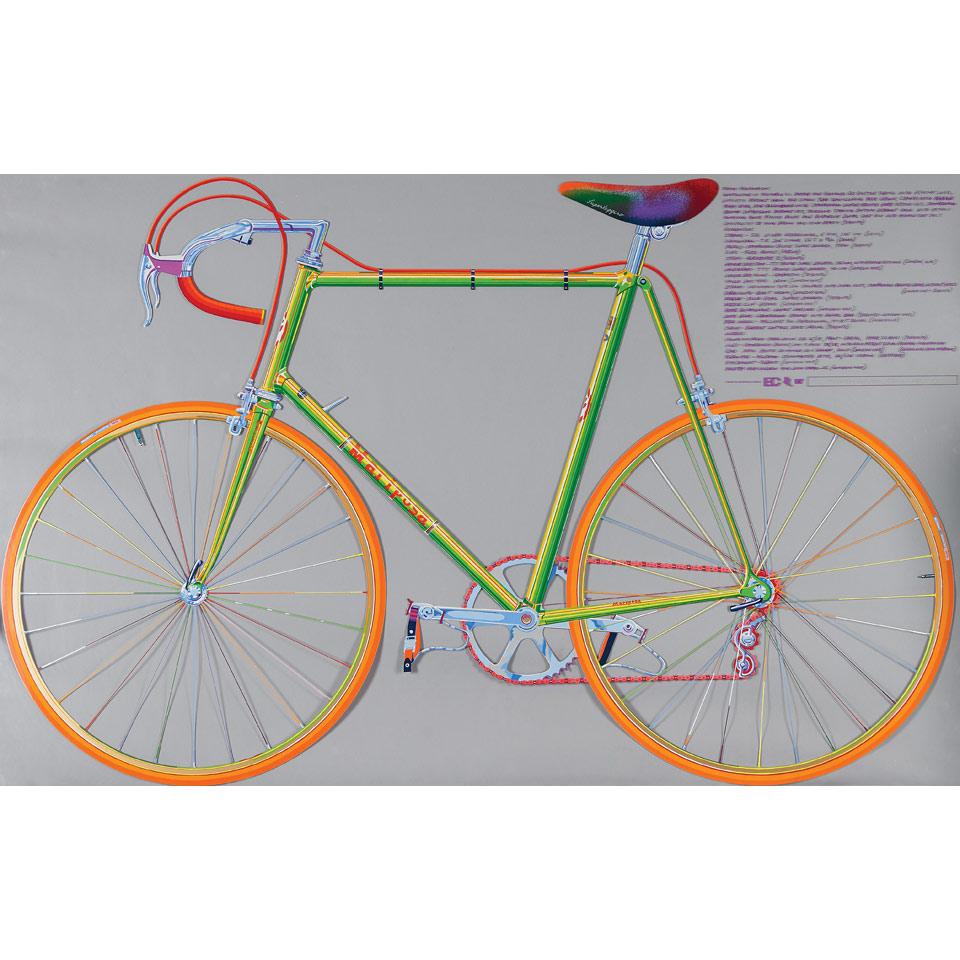 Acquired from the artist by the present owner.
Private Collection, Toronto.

Curnoe was an avid cyclist and chose to go to his personal experiences when he portrayed his preferred means of locomotion, the Mariposa bicycle. Tragically, he was killed on November 14th, 1992 while on a ride with a local cycling club, the London Centennial Wheelers.

This work was printed by Editions Canada, London by master printers Rudolf Bikkers, Gilbert Moll and Lucy Thorel. A total of 18 colours (screens) was used in the production of this series.