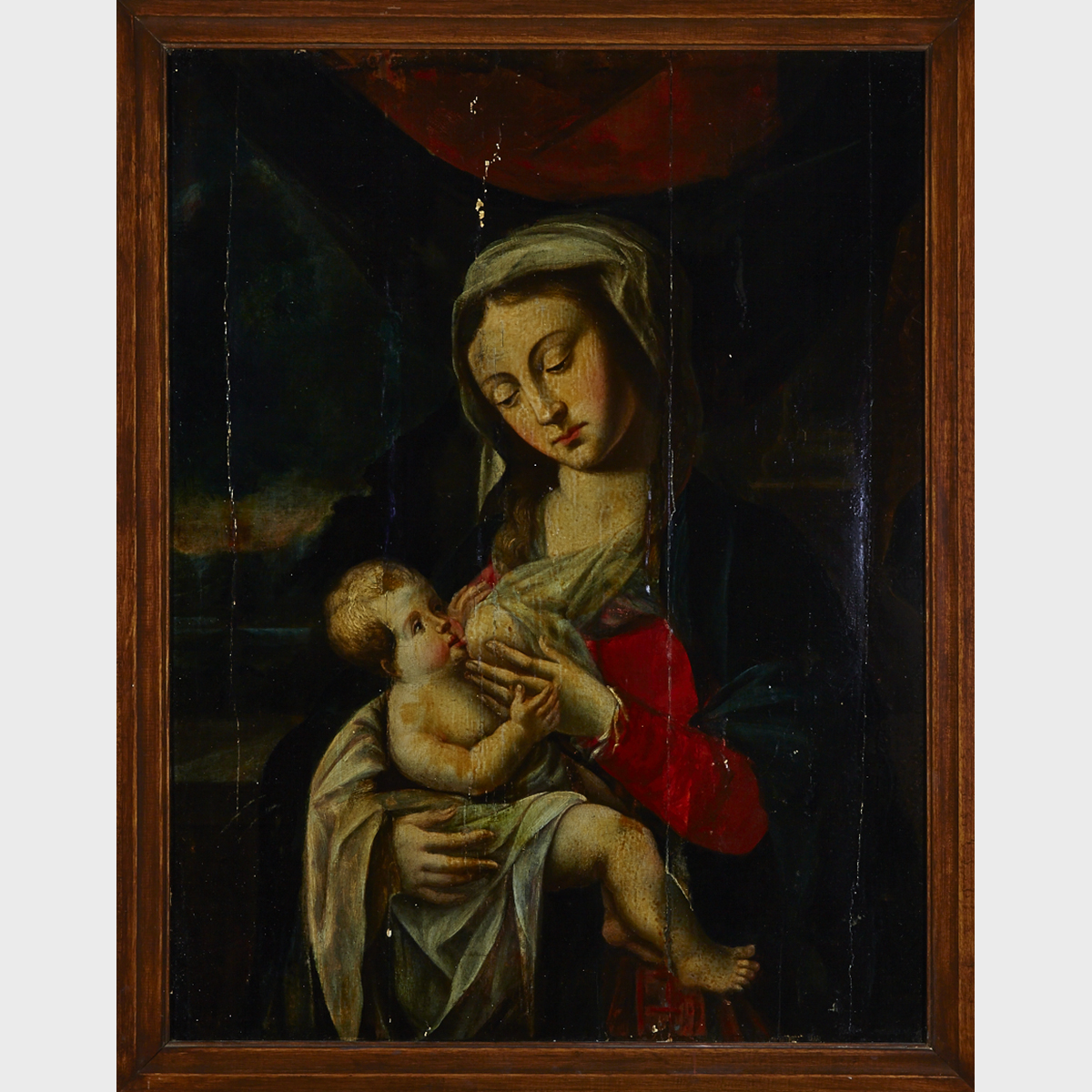 According to family records, in the mid 1970’s, at the time of restoration, this work was examined by Mr. Bernard Leech, Associate Curator in Charge of Restoration at the Royal Ontario Museum, Toronto who reputedly identified this work as a “copy of Raphael’s Madonna with Child” and after some tests and examinations (including x-rays), Mr. Leech felt it was likely painted in two sessions: first probably started by one of Raphael’s students in the year 1500, then the second time it was completed 80 - 100 years later by a second unknown artist of the Flemish School.

Together with a file of 13 annotated black and white photographs showing the restoration done in certain areas of the painting by Toronto restorer, Jiri Ladocha in the mid 1970’s.