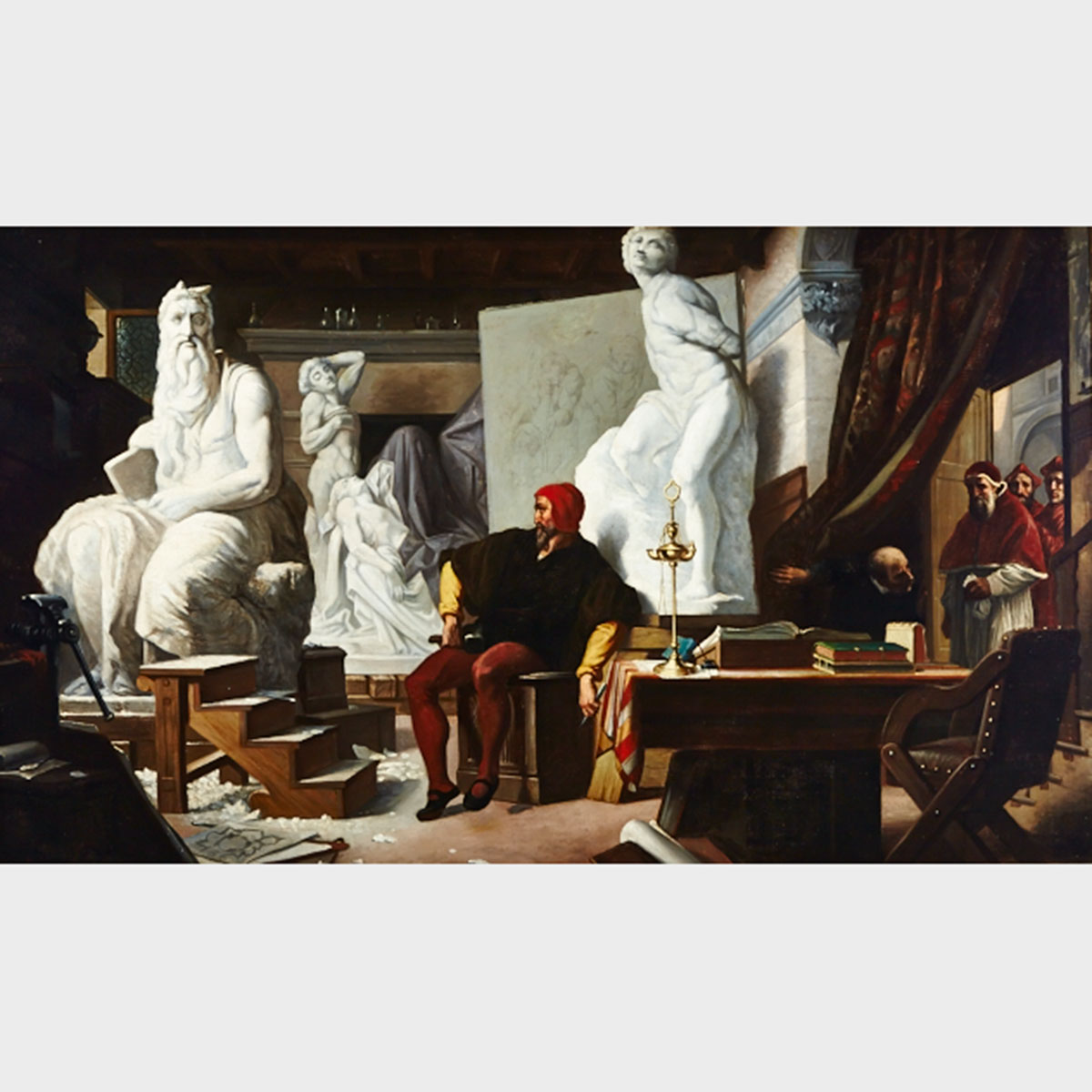 MICHAELANGELO IN HIS STUDIO, VISITED BY POPE JULIUS II 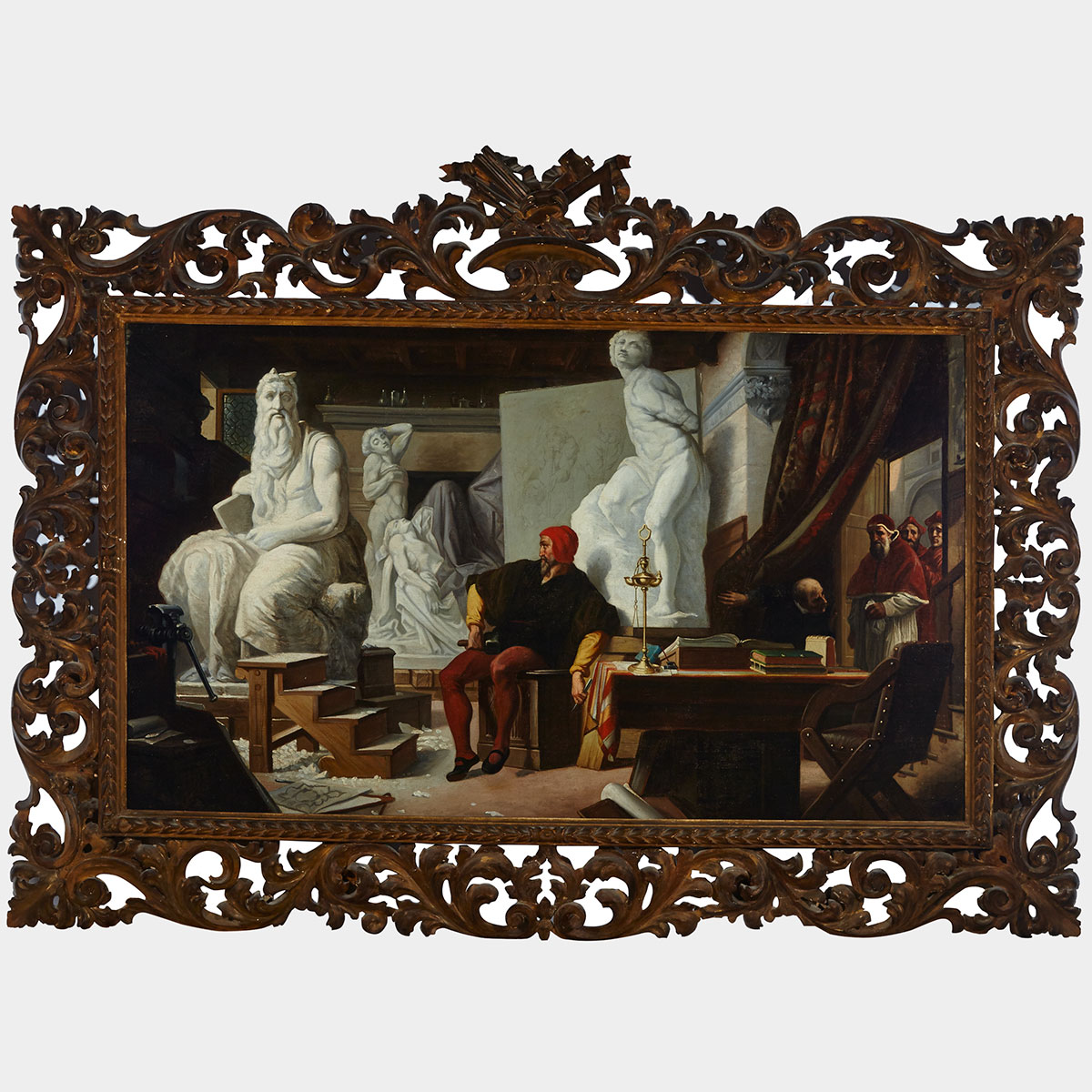 Purchased from a Collection, London, United Kingdom in 1962 as recorded on the typed label verso;
Robert Deveau Galleries, (Deveau Auctioneers, Toronto);
From whom purchased by the late father of the present Private Collection, Toronto in the 1980s.

The original painting, now untraced, was exhibited in the Salon, 1857, as “Michelangelo in His Studio Visited by Pope Julius II”

It is likely that this copy was executed from the much smaller print, hand-coloured with gouache and gum arabic executed by Pierre Castan, now in the Musee Goupil in Bordeaux, measuring 17” x 29 3/8” and published by Adolphe Goupil, the art dealer and publisher that commissioned the original lost canvas.

Cabanel turned from religious subjects to literary and historical themes in the late 1850s. In 1857, he exhibited three works in the Salon including the original canvas of this work.

The art dealer and publisher Adolphe Goupil commissioned the original painting with the goal of publishing a series of prints devoted to the lives of the great masters. Cabanel paid tribute to Michelangelo, whose work so moved him in Rome and whom he called “my sublime master.” Cabanel represented Michelangelo seated in thought, mallet and chisel in hand, contemplating his unfinished sculpture of Moses. Around him are other sculptures in various states of finish and an imaginary painted grisaille study for a group of angels in The Last Judgment. The Pope and several cardinals, greeted by a bowing servant, are approaching through a door on the right.

After Alexander Cabanel (1823 -1889), MICHAELANGELO IN HIS STUDIO, VISITED BY POPE JULIUS II, French