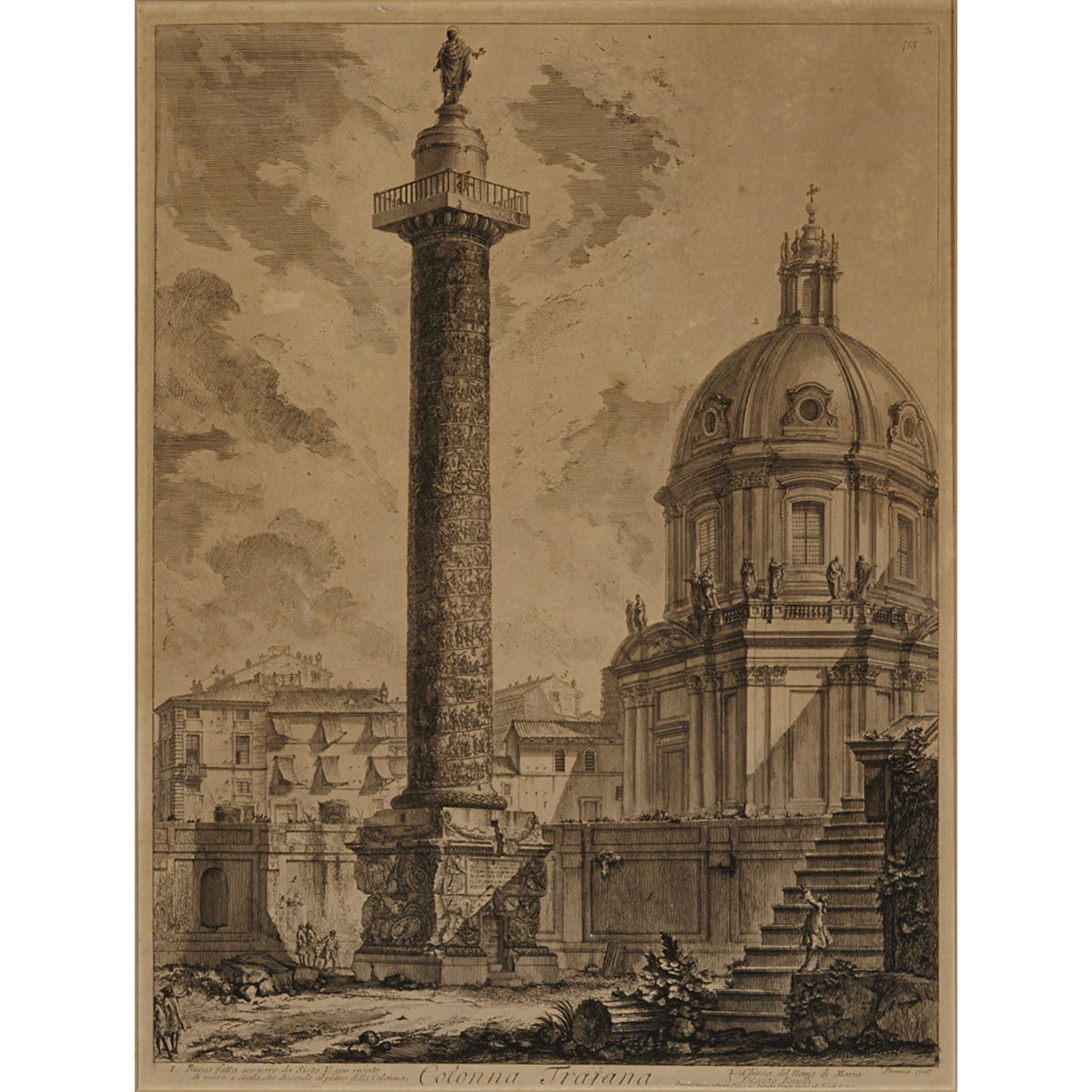 The eighteenth and nineteenth centuries saw a rise in connoisseurship if original prints. Amongst the most popular was Piranesi, who, along with his contemporaries Canaletto and the Tiepolos (Giovanni and his son Domenico), perfected that Italian approach to etching, “which was dominated by a basic simplicity and respect of the innate character of the etched line.” Notably, Piranesi modified this approach by intensifying the range of biting, and thus, the tonal contrast. “Along with this powerful chiaroscuro, their impressive scale and the unflagging grandeur with which they are composed make Piranesi’s works a high point in the history of etching. That they are principally architectural views does not diminish their capacity to move us, for Piranesi’s architecture is moody, drenched in the human history that produced and inhabited it.”