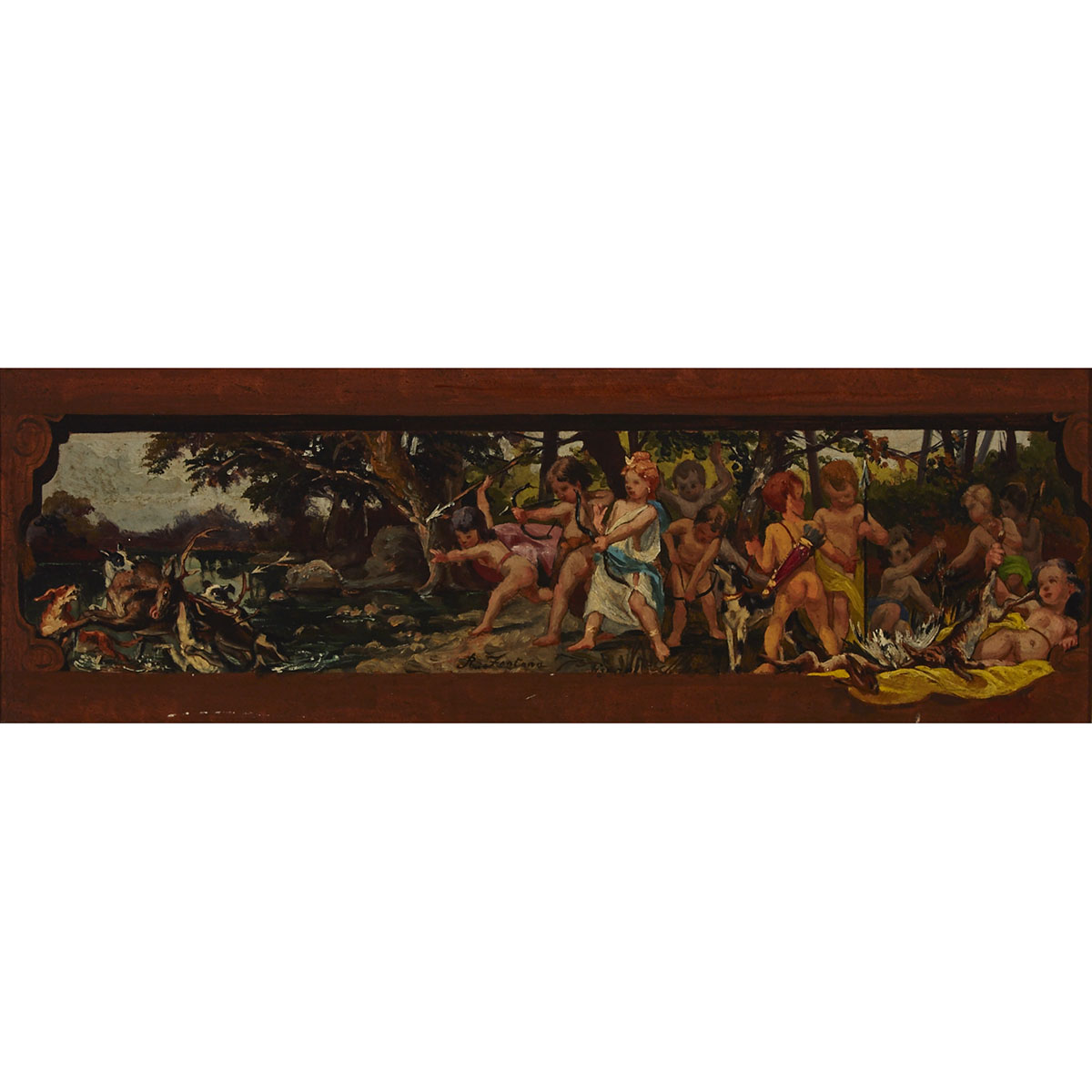 A FRIEZE OF DIANA AND ACTAEON 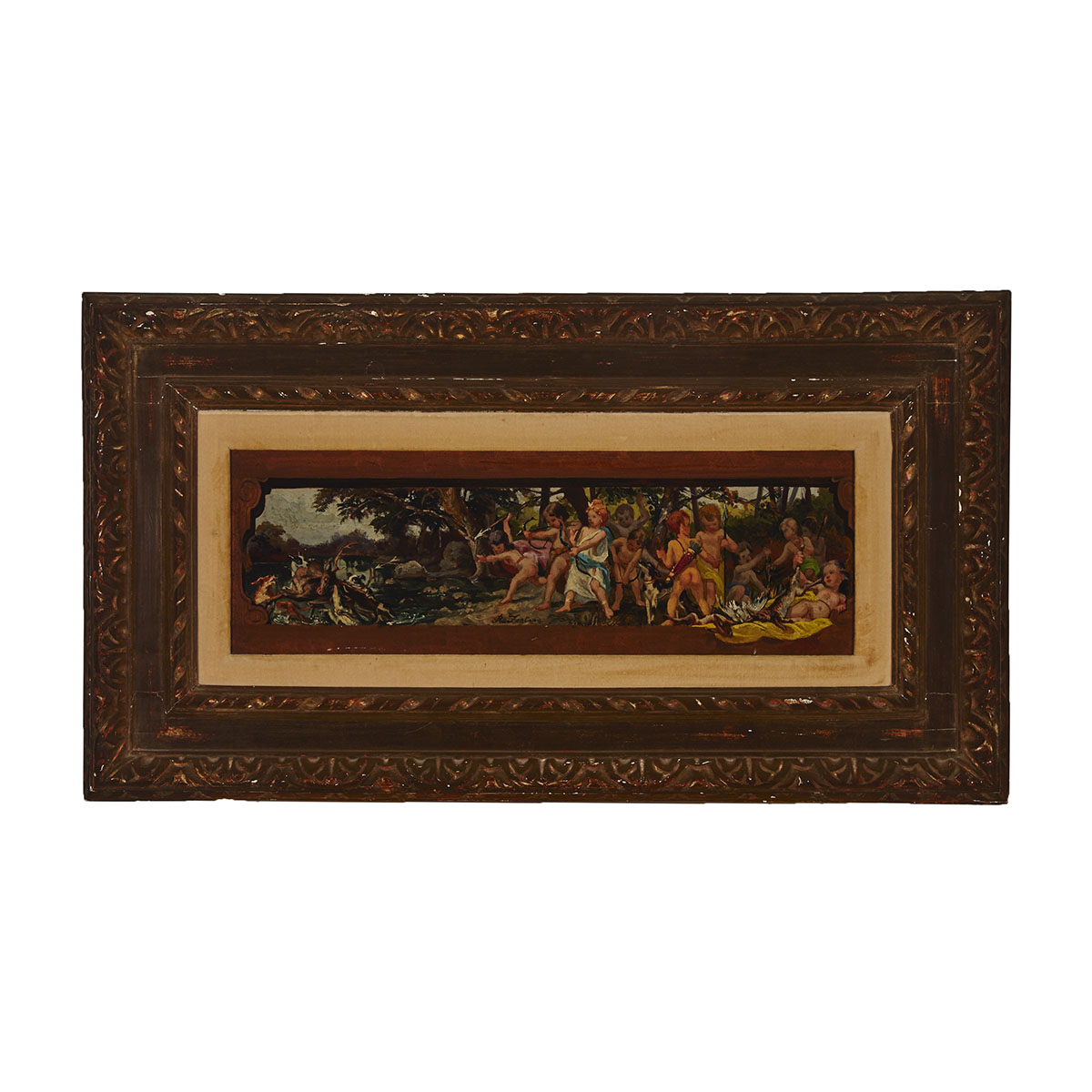 Private Collection, purchased in Venice in 1990

“Having reached the place, she gives her spear, quiver and unstrung bow to one of the nymphs, her weapon-bearer. Another takes her robe over her arm, while two unfasten the sandals on her feet. Then, more skillful than the rest, Theban Crocale gathers the hair strewn around her neck into a knot, while her own is still loose. Nephele, Hyale, Rhanis, Psecas and Phiale draw water, and pour it over their mistress out of the deep jars.

While Titania is bathing there, in her accustomed place, Cadmus’s grandson, free of his share of the labour, strays with aimless steps through the strange wood, and enters the sacred grove. So the fates would have it. As soon as he reaches the cave mouth dampened by the fountain, the naked nymphs, seeing a man’s face, beat at their breasts and filling the whole wood with their sudden outcry, crowd round Diana to hide her with their bodies. But the goddess stood head and shoulders above all the others. Diana’s face, seen there, while she herself was naked, was the colour of clouds stained by the opposing shafts of sun, or Aurora’s brightness.

However, though her band of nymphs gathered in confusion around her, she stood turning to one side, and looking back, and wishing she had her arrows to hand. She caught up a handful of the water that she did have, and threw it in the man’s face. And as she sprinkled his hair with the vengeful drops she added these words, harbingers of his coming ruin, ‘Now you may tell, if you can tell that is, of having seen me naked!’ Without more threats, she gave the horns of a mature stag to the head she had sprinkled, lengthening his neck, making his ear-tips pointed, changing feet for hands, long legs for arms, and covering his body with a dappled hide. And then she added fear. Autonoë’s brave son flies off, marvelling at such swift speed, within himself. But when he sees his head and horns reflected for certain in the water, he tries to say ‘Oh, look at me! but no voice follows. He groans: that is his voice, and tears run down his altered face. Only his mind remains unchanged. What can he do? Shall he return to his home and the royal palace, or lie hidden in the woods? Shame prevents the one, and fear the other.”