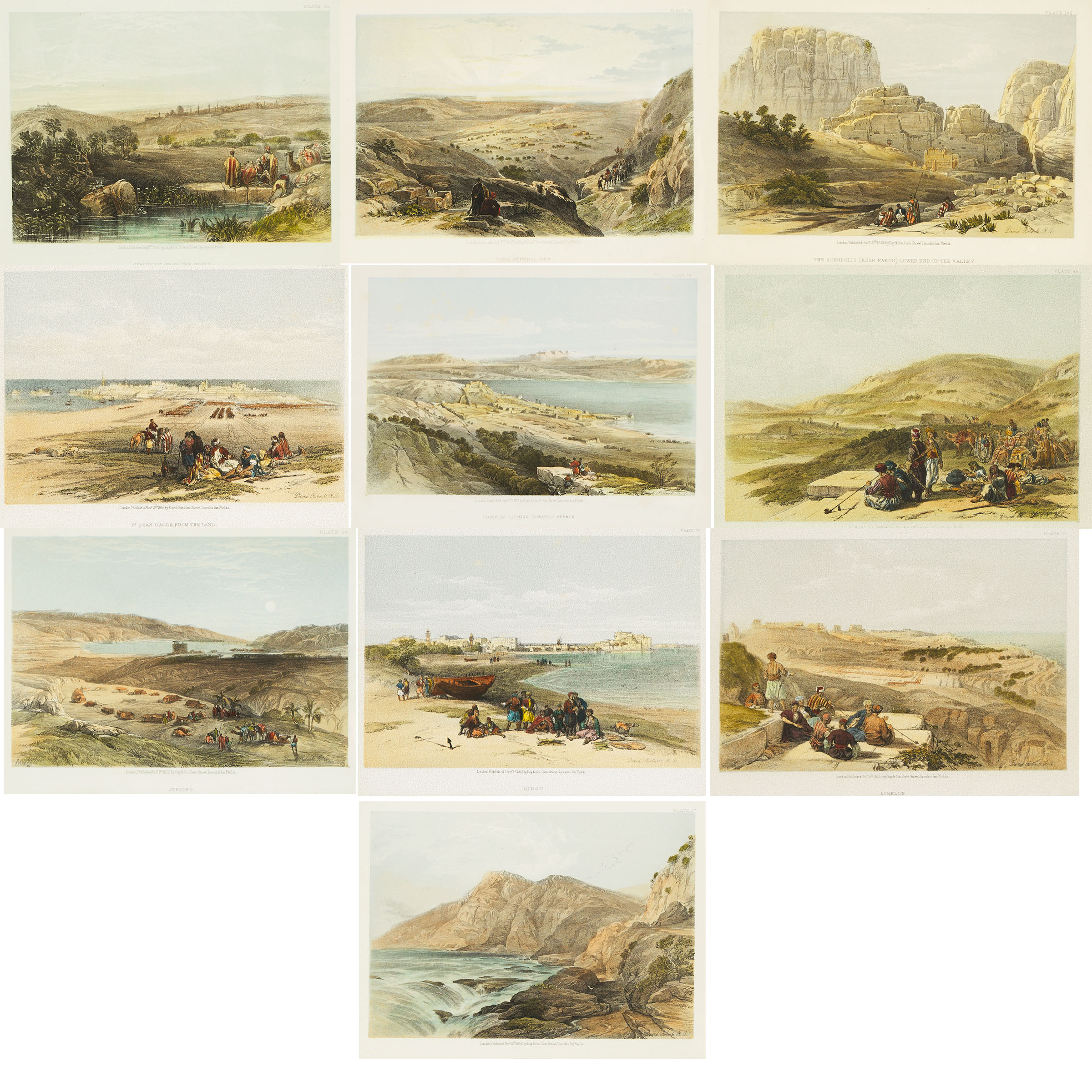 Ten colour lithographs with letters; each with plate numbers upper right margin. Published by Day & Son, London in 1855, one 1856. From the quarto edition of "The Holy Land, Syria, Idumea, Arabia, Egypt & Nubia" published after the lithographs by Louis Haghe from drawings made on the spot by David Roberts for the Standard First Folio Edition. 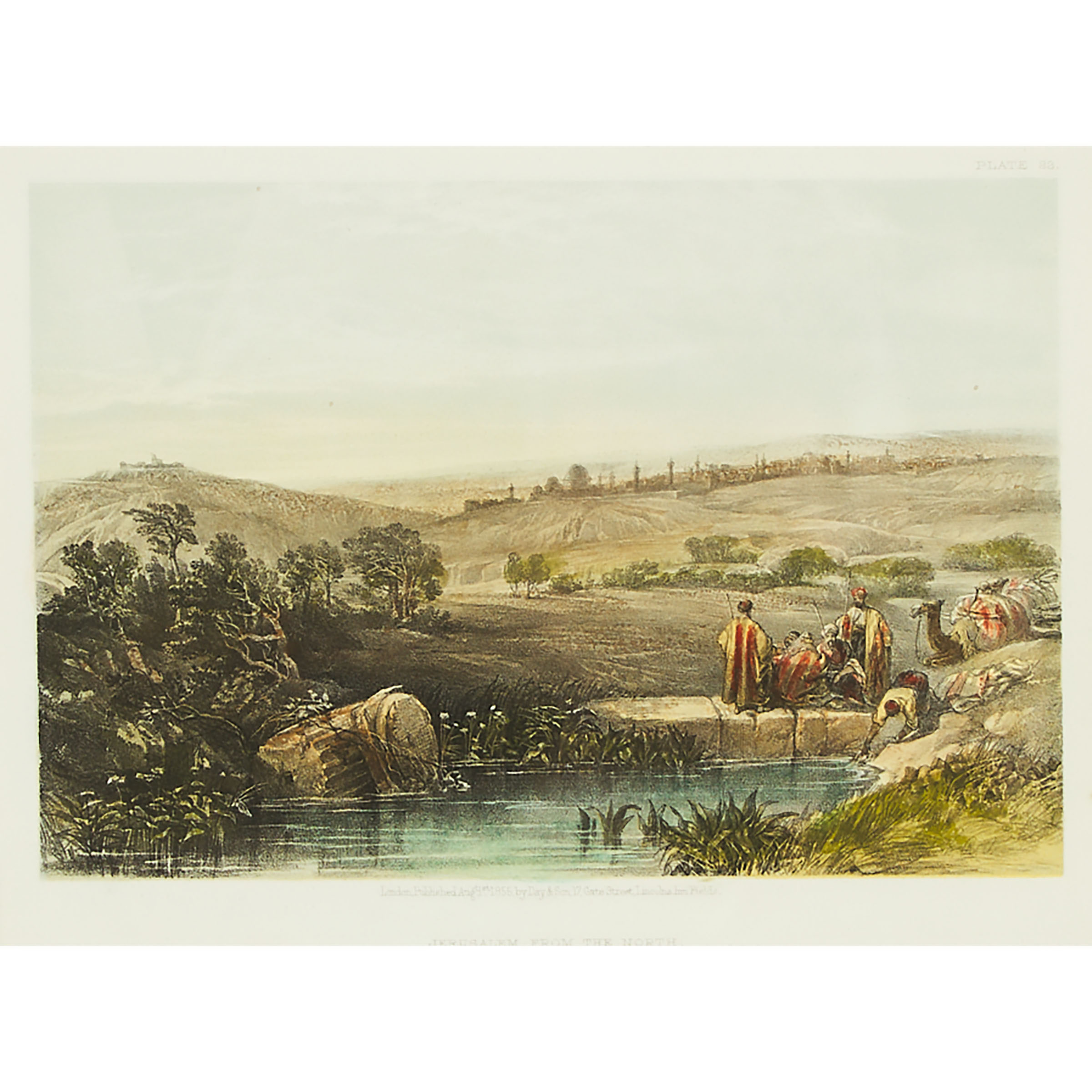 Private Collection, Toronto, purchased from Henry Sotheran Ltd. in London and The Schuster Gallery in London.

Roberts recorded his impressions of landscapes, temples, ruins, and people in three sketchbooks and more than 272 watercolors. These sketches and paintings provided the basis for 247 lithographs published by Louis Haghe with text between 1842 and 1849 as the three-volume "Holy Land" Standard Folio Edition.