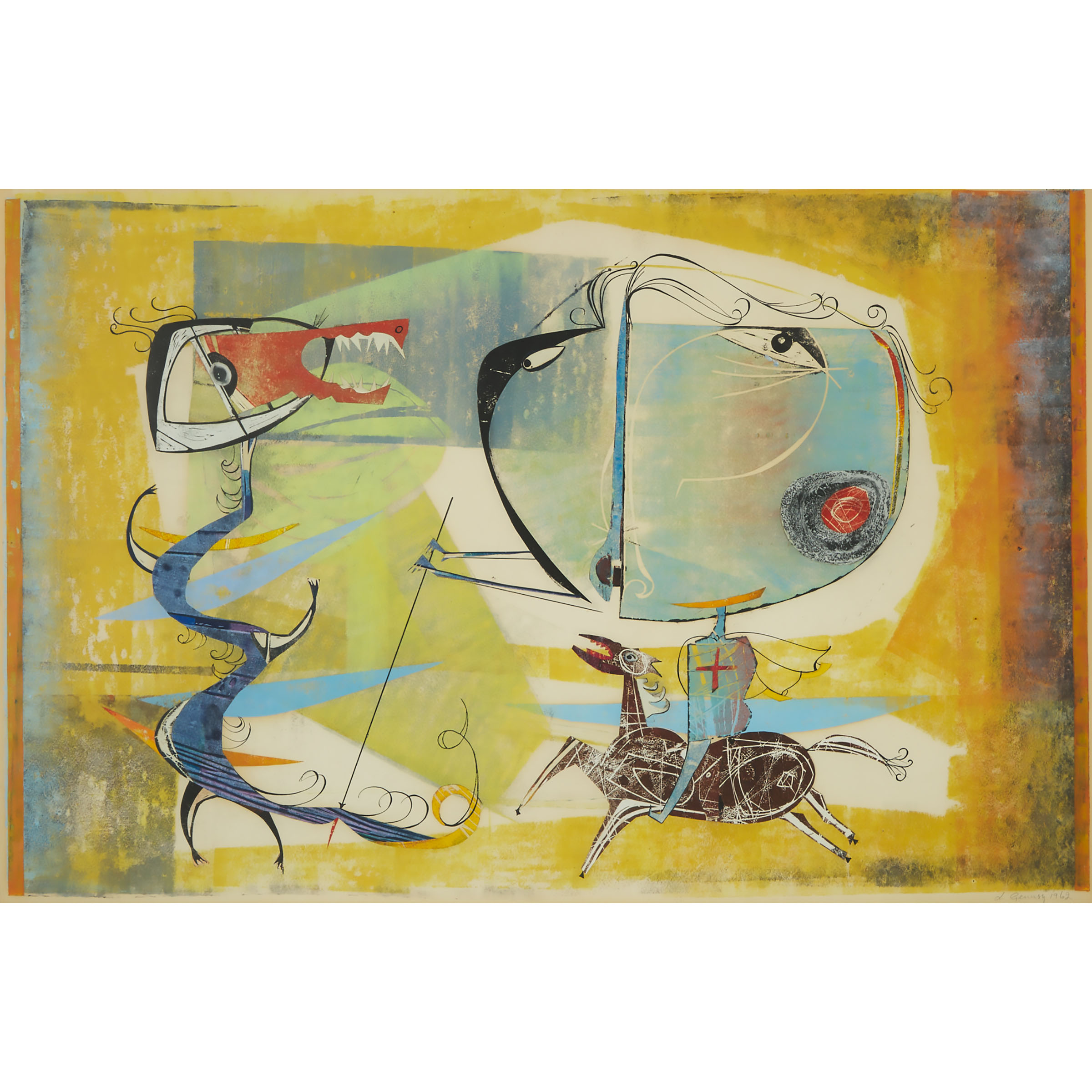 Luba's artworks, consisting of mainly prints and mixed media collage, explore the human figure and how they relate to technology. Her preoccupation extends back to the 1960s, when she was described in the Montréal Gazette as an artist who had been spending a lot of time in scrap yards, looking for the intriguing pieces of metal that would form parts of her latest sculptural work (Donna Flint, 1966).

In 1992, Genush travelled to Moscow for an exhibition called Montréal-Moscou, which also featured two other female Montréal artists having Soviet connections, Marina Popova and Natasha Wrangel.