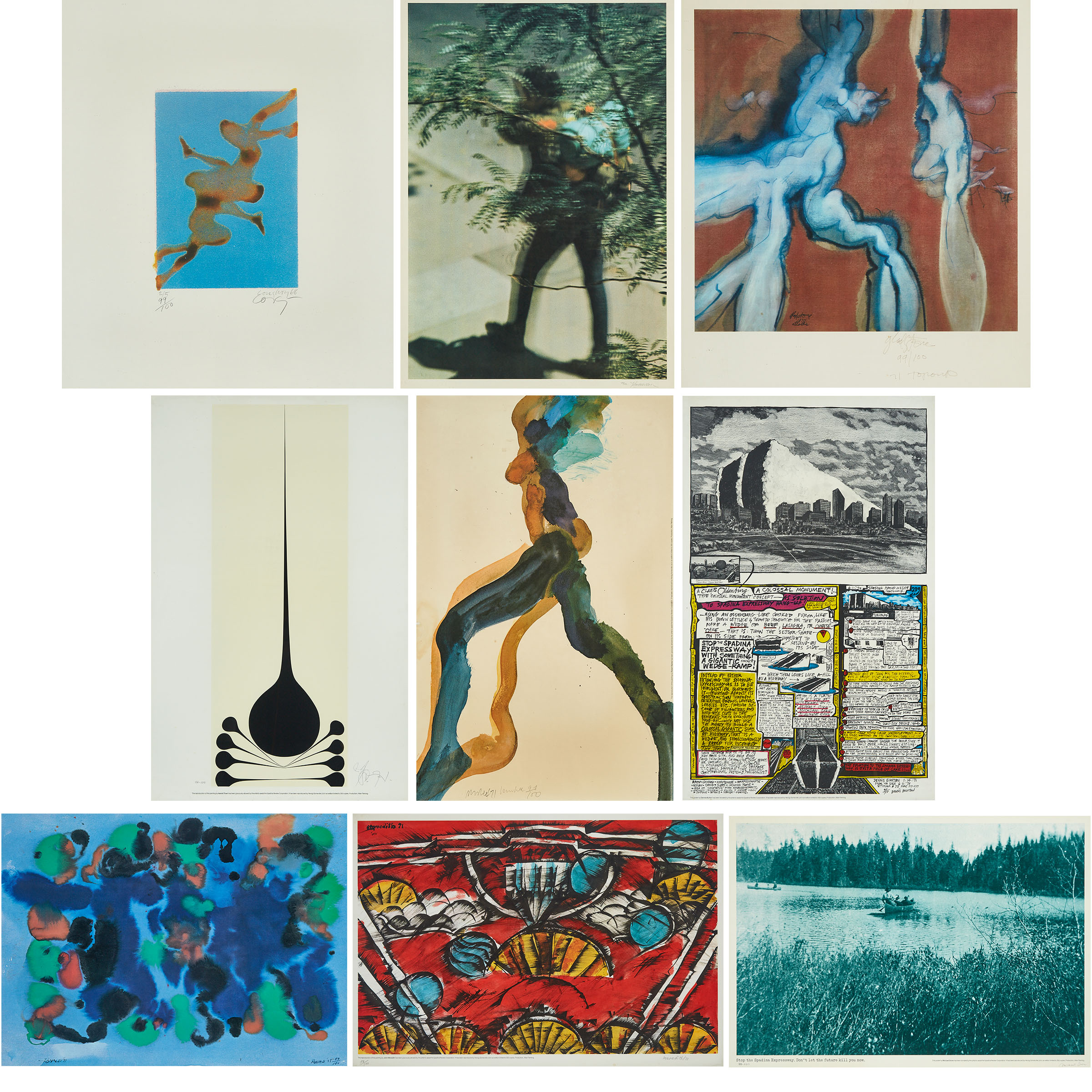 Nine offset lithographs on calendared wove paper, six signed, numbered, or variously dated in the stone; each signed and numbered 99/100 in pencil or pen and ink, four dated ’71, five with publisher's letters to margins, by artists including:

In the 1960s, there was a provincial proposal to build a high-traffic expressway through downtown Toronto, necessitating the demolition of residential neighbourhoods - many of them historic and densely built.

In 1969, a group of Toronto activists, academics, and local businesses formed the Stop Spadina, Save Our City Coordinating Committee, eventually re-branding and incorporating as the Spadina Review Corporation. The group's aim was to coordinate opposition to a proposal through a programme of lectures, petitions, and protests, and included figures such as Jane Jacobs, Marshall McLuhan, and Lewis Mumford. These posters were produced as part of a fundraiser by the SRC in 1971; the Ontario provincial government canceled the project that same year.