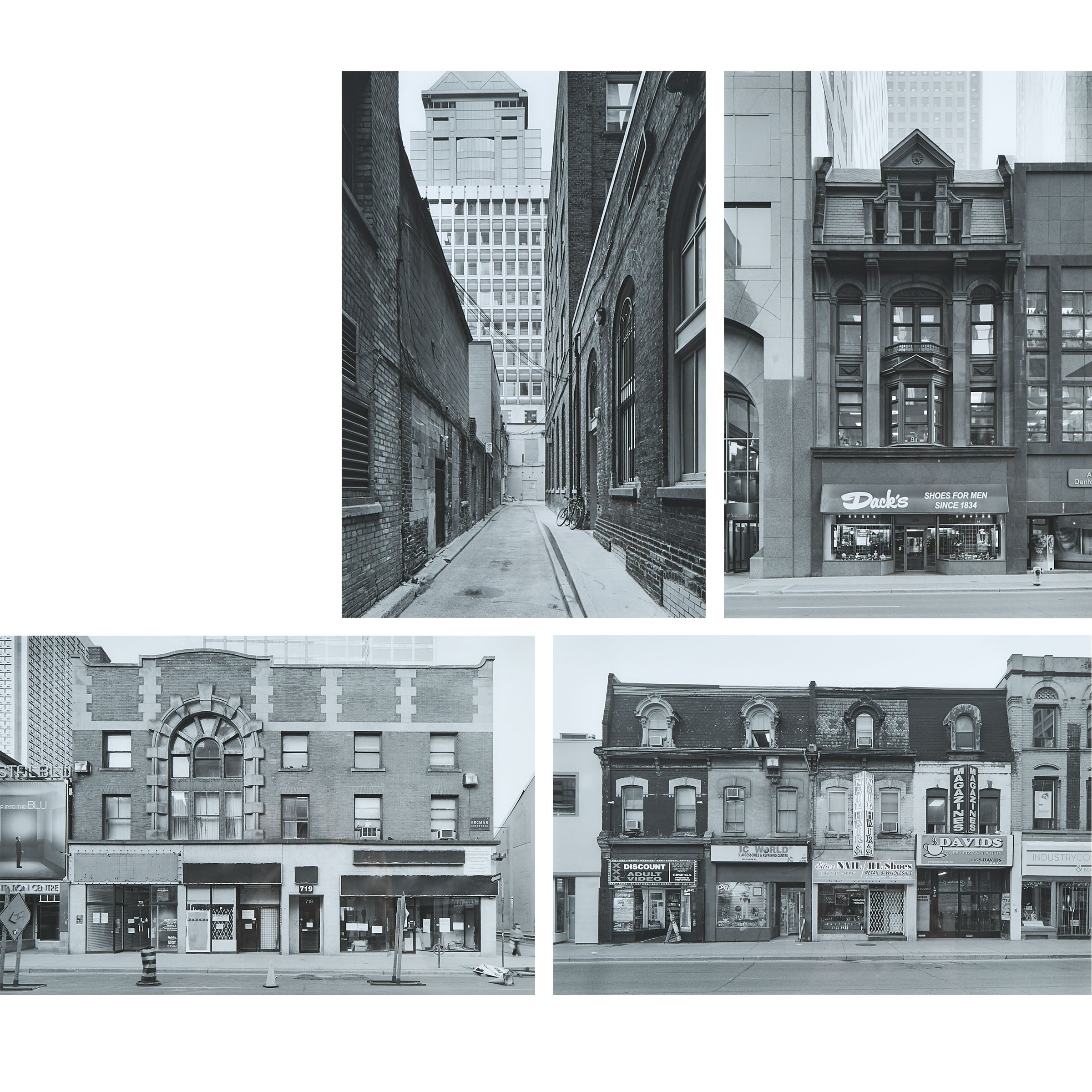 Each with artist's labels, titled, dated and with edition numbers verso backing.

Peter MacCallum is a professional photographer based in Toronto who specializes in documentary studies of industrial sites. MacCallum began as an apprentice in 1969 in a commercial photography studio. Since the 1970s he has completed nearly 100 projects, producing his archival prints in his own darkroom.

MacCallum works with a wide variety of subject matter and the number of images in each project ranges from two to more than 200. He focuses on the retail, industrial and construction history of Toronto, namely the concrete industry in Ontario. MacCallum recalls: “In December, 2005, on returning to Toronto from a four month residency in Paris, I was struck by the different conceptions of the commercial streetscape to be found in Europe and North America: in Europe, commercial buildings fit in with their neighbours to form a harmonious street wall, while in North America uncoordinated architectural styles compete stridently for our attention. Yonge Street is not just Toronto's main street, but also one of its icons and part of its mythology. The downtown section of Yonge Street appeared to me as a suitable site for documenting North American commercial architecture in a semi-typological way, while at the same time creating a composite portrait of a particular place.”