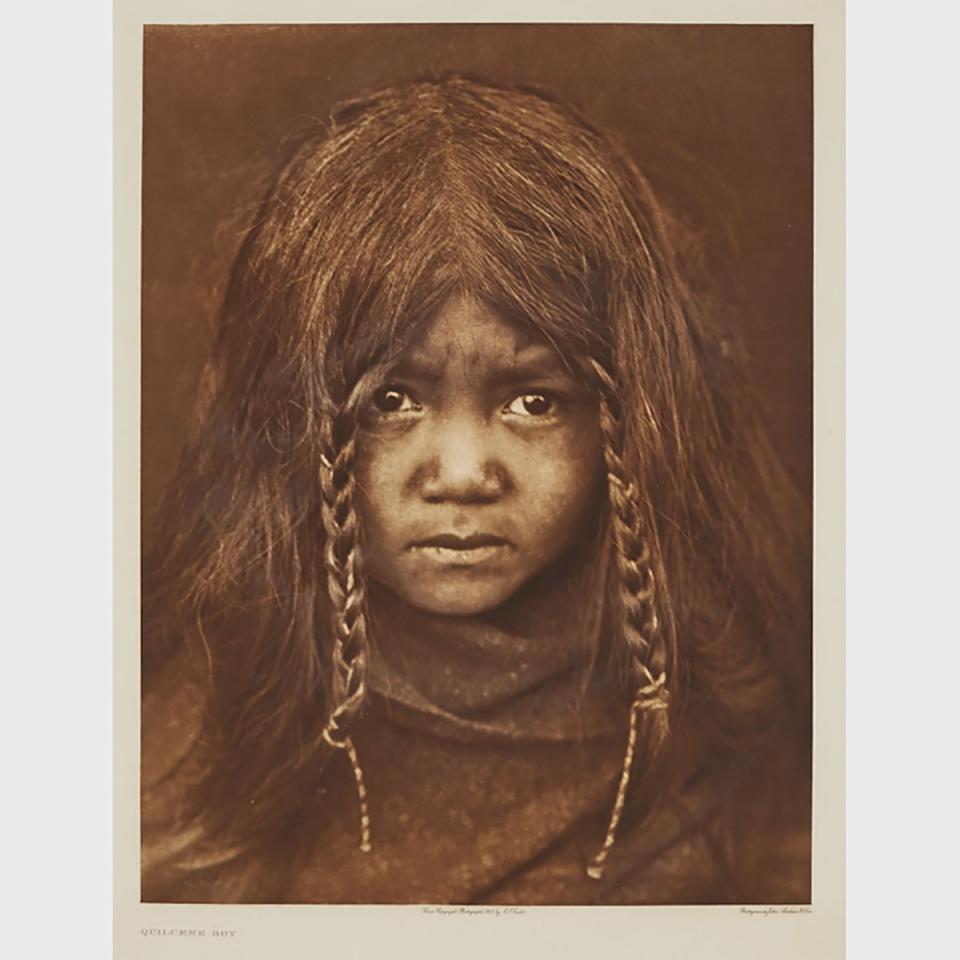 Over his 30-year career, Edward Curtis captured 40,000 photographs of over 80 Native North American tribes. Financed by the American banker J.P. Morgan in 1906, the artist’s goal was to record as much of Native American traditional life as possible. The true strength of Curtis’s work is his portraiture of all tribal members from the highest chieftains to women and children. Recording and immortally capturing their culture through ritual, dress, chants and daily life, these photogravures sadly pay homage to tribes who have vanished or in severe decline. The true beauty of these portraits not only lies in Curtis’s craft, but more importantly within his subjects. The bravery, honour and pride of these tribes resonate with current collectors.