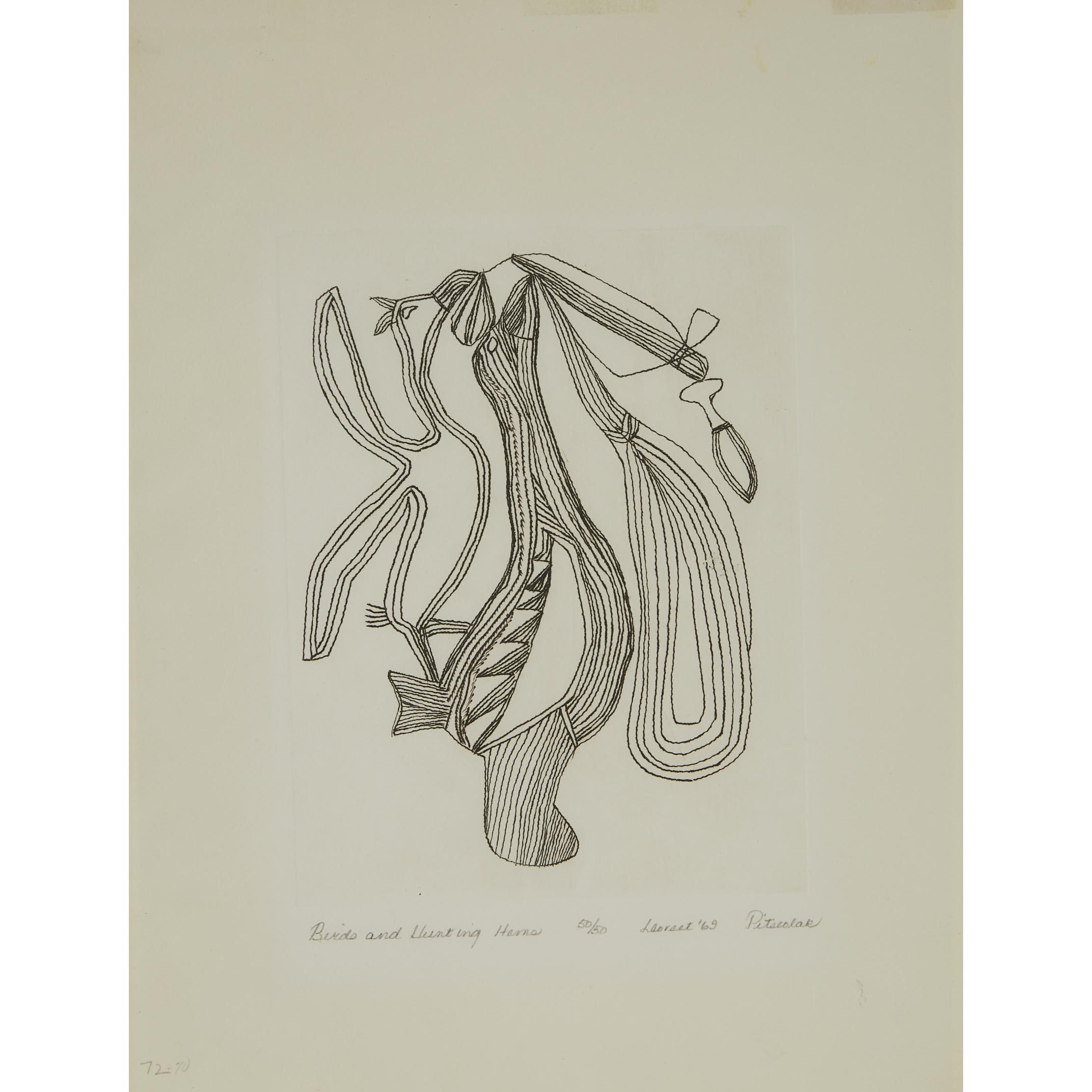 Birds and Hunting Items from 1969 depicts two birds, a smoking pipe, and other articles rendered in Pitseolak’s distinctive motif of rhythmic parallel lines.