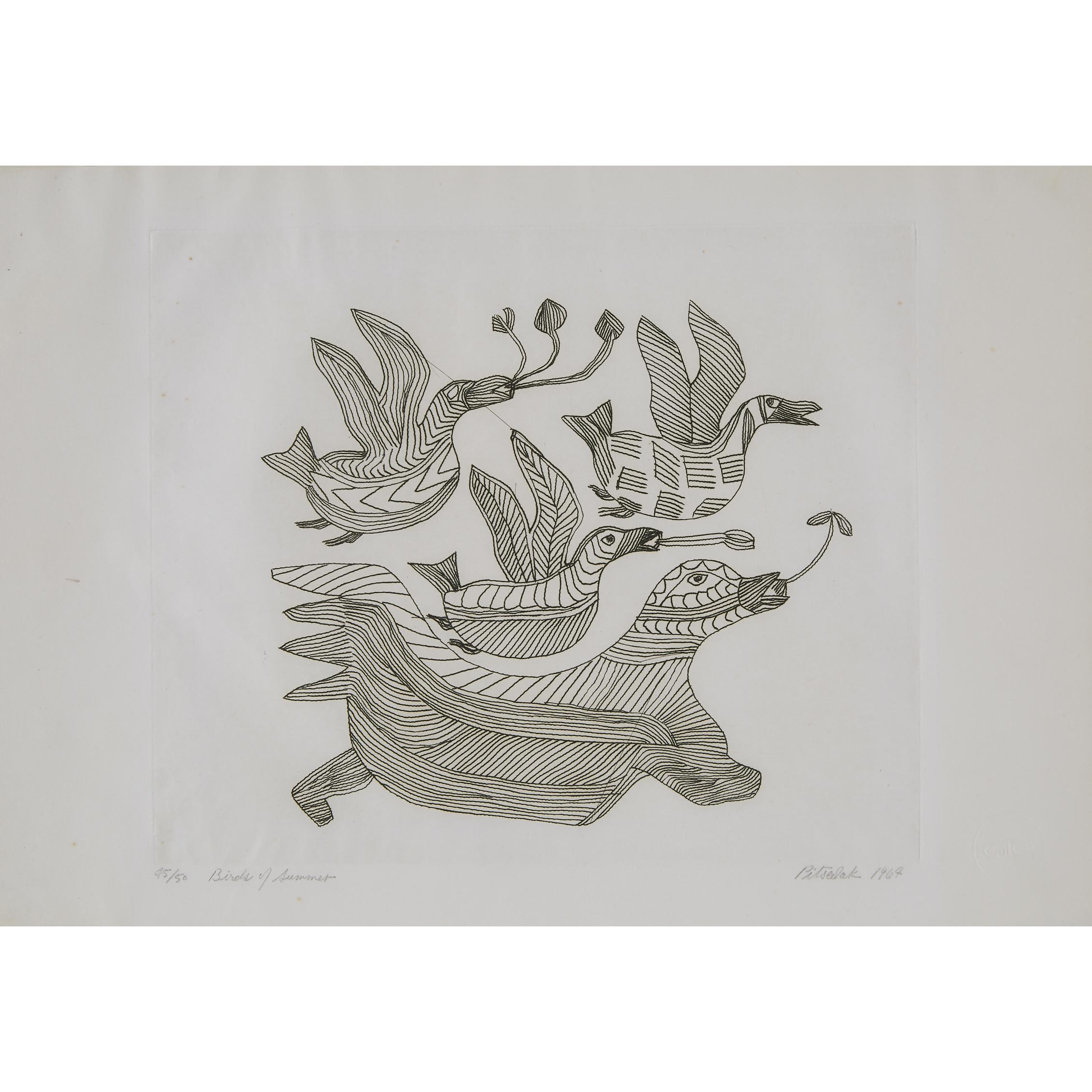 Birds of Summer from 1964 depicts a flock of birds, one with a strangely kamik-like foot (skin boot) perhaps in transformation. The image is rendered in Pitseolak’s distinctive rhythmic parallel lines.

In an interview recorded by Dorth Eber in 1970, and documented in her book Pitseolak: Pictures out of my life Pitseolak explained: “My name is Pitseolak, the Eskimo word for the sea pigeon. When I see pitseolaks over the sea, I say, “There go those lovely birds–that’s me flying!” [3]